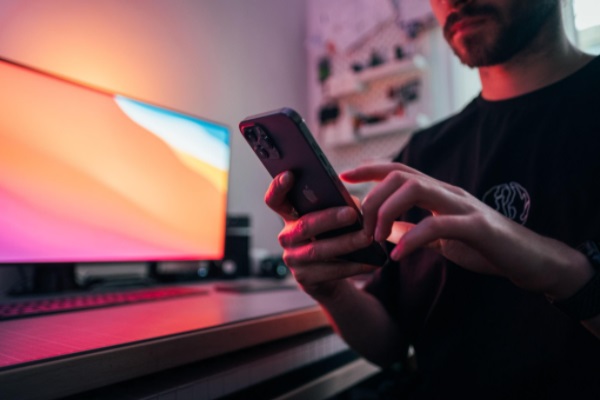 The world of mobile gaming is constantly growing and evolving. Not long ago, most users played simple puzzle games where you could invite your friends only through Facebook and measure your achievements only in the leaderboards. Now, most games support the possibility of cooperative gameplay, letting you engage in the game like in the process of betting in Paris en direct when you make your real-time predictions watching the game at the same place. The most recent game releases are added to the Apple Arcade ecosystem monthly. These are the newest offers.

If you take the classic Tetris and combine it with Beat Sabre’s virtual reality rhythm game and vivid sound effects, you get an exclusive entertainment experience for the Apple Arcade. Tetris Beat by N3TWORK Inc. is a fresh take on the traditional game first released in 1984.

The gameplay is very simple. Users need to spin and throw tetrominoes to build the biggest chain of combos and, of course, to set another record. However, the task is complicated by the fact that players have to keep up with the rhythm of the track, as this is the only way to earn maximum points.

Tetris Beat includes compositions by world-renowned musicians such as Alison Wonderland, Octo Octa, Hannah Diamond, GARZA, CINTHIE, Dauwd and many others. The colorful interface and fun soundtracks will help users to fully relax and enjoy the gameplay.

Welcome to the senseless and merciless world of racing, littered with explosives and massive obstacles at every turn.

The eccentric Dr. Boom is ready to teach everyone how to properly drift around corners, launch dynamite, or crush the remaining participants in any other way. At each stage of the race there are different characters who are ready to help or reduce the chances of winning. For completing tasks the user receives stars, which can be exchanged for prizes. As the player passes, he can unlock new cars and change their appearance beyond recognition.

The controls of Detonation Racing are quite simple: the user only needs to turn right, left or brake. The car accelerates automatically. Another nice bonus is that after an accident on the road or getting caught, the race does not start again.

Asphalt 8 offers a choice of over 240 real cars from manufacturers such as Ferrari, Ducati, Lamborghini, McLaren, Bugatti, Mercedes, Audi, Ford and Chevrolet. Users will be able to improve their driving skills and experience the exciting world of speed.

The interaction between vehicles and the environment is based entirely on the laws of physics, which adds a rather insane sense of reality to the action. Users will be able to try their hand at more than 400 career events and 1,500 unique challenges.

Gamers will experience dizzying arcade races on the high-speed tracks of the Asphalt universe. In addition, the game offers more than 2,300 car stickers, which means that everyone will be able to create a unique style for their vehicle. Standing out from the crowd is very nice.

An adventure puzzle game with traditional Zelda mechanics is already available on Apple Arcade. An open world with fun characters and ferocious opponents awaits its travelers. Hurry, because a dangerous creature sealed in a dungeon is about to resurrect and disturb the peace of civilians.

Abandoned castles teeming with forest creatures, haunted cemeteries, rugged swamps with strange frogs-musicians, ancient cities with magical artifacts and full of mysticism underground caves – just a small part of what the developers have prepared for fans of the genre.

During the gameplay you have to be very attentive and intelligent. The creators of Baldo have expanded the story and added more dialogues, on which the fate of the hero can depend. After all, only by piecing together the character clues and key items can the puzzles be solved. There is no other way out.

A basketball action game featuring over 155 world-famous superstars from various sport categories, including women’s and men’s soccer, hockey, tennis, and more. Users can assemble a team of their idols to arrange the most real competition with friends.

Each character has unique abilities, including furious ball, striking out, speed, and many others. All of these skills will help you defeat your opponents faster. The main thing is to strategically choose your team so that its members complement each other’s strengths and offset each other’s weaknesses.

The developers of Ultimate Rivals: The Court did not strive for realism. Instead, they created a game that immediately captures users with its intense sports matches, vivid graphics, colorful interface and thematic music accompaniment.

The long-awaited Monster Hunter Stories+ is finally available on Apple Arcade. This is a role-playing game that, from the very first minutes, immerses everyone in a fairytale world filled with riddles and mysteries. In this universe, almost all of the characters make a living by hunting big monsters.

But there is a remote village whose inhabitants do not obey the general rules and adhere to other customs. Instead of killing monsters, the heroes establish a bond with them. As a result, the villagers gain incredible abilities that help them explore the world around them.

Players will be able to make friends with countless monsters and go on exciting journeys riding these creatures. Users will also be available to network battles. You just need to assemble your own team and go to battle with other participants.