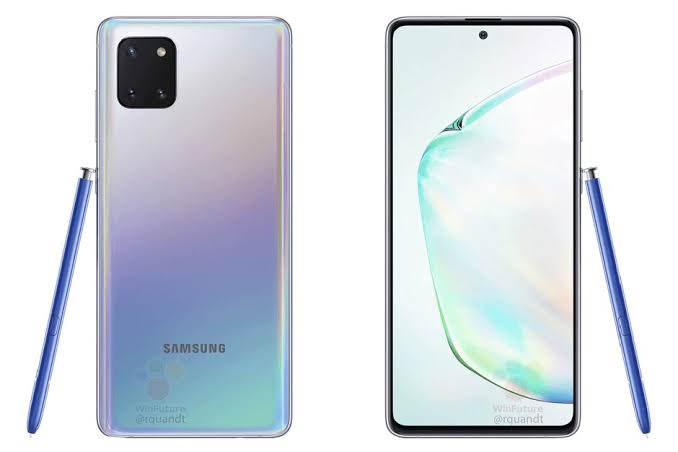 With the launch of the Samsung Galaxy Note 10 Lite imminent now, it is only normal for leaks and rumors to abound. After so many leaks of the device, its complete specs sheet has now been leaked. The leak came courtesy of popular leakster Roland Quandt.

The Samsung Galaxy Note 10 Lite will sport a massive 6.7-inch Full HD+ display with a punch-hole to house the selfie camera. The phone’s display uses an Infinity AMOLED panel. The device will have dimensions measuring 163.7 x 76.1 x 8.7 mm and will weigh in at 198g.

Under the hood, the Samsung Galaxy Note 10 Lite will use the Exynos 9810 chipset. It will come with 6GB of RAM and 128GB of internal storage. The storage can be expanded via a microSD card.

We expect the Samsung Galaxy Note 10 Lite to be launched in select European markets on January 10.