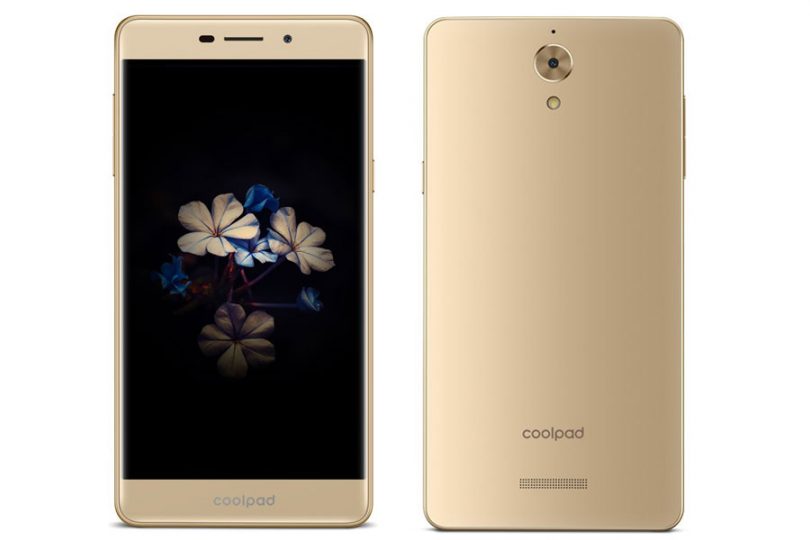 Coolpad launched its new smartphone called the coolpad mega at an Event in India, the launching came earlier than we expected. The new coolpad Mega ships with a 5.5-inch LCD display coming at a resolution of 1280 x 720 which leaves the device with a pixel density of 267 ppi. The display is covered with 2.5D glass.

It is powered by a quad-core processor with MediaTek MT6735P chipset, the processor clocks at 1.0GHz. There’s a generous 3GB RAM on the inside, in software side, it runs Android 6.0 Marshmallow out of the box and Cool UI 8.0 on top to help enhance overall user experience in the device. The available 16GB internal storage space can be expanded with a microSD card to up to 32GB.

For photography, it features an 8-megapixel camera in both front and the back with features like autofocus, touch focus and Geo targeting, the camera utilizes a LED flash for brighter pictures in dark conditions, there’s no flashlight for the front camera.

Coolpad Mega is powered by a non-removeable 2,500 mAh battery, the phone is dual SIM based with 4G network support, However, there’s no dedicated SIM 2 slot which means the second can either be used for a microSD slot or for second SIM.

For pricing and availability, the Coolpad Mega is priced at 6,999 INR which reads around $105 and will be available for purchase exclusively from Amazon India starting 24th August in pure gold, grey and white colour options, Coolpad Mega is very similar to the Coolpad Sky3 that was launched sometimes ago.

Recall; Coolpad Sky 3 features the same 5.5-inch display covered with the 2.5D glass on top, It is powered by a 64-bit MediaTek MT67355P and quad-core chipset clocking at 1.0 GHz and coupled with Mali T720 GPU. The Sky 3 packs a 2GB RAM and this is where the new Mega upgrades over the Sky 3 with 3GB of RAM. The Coolpad Sky 3 also features the same 8-megapixel front and rear cameras with f/2.2 and f/2.0 aperture respectively.