These are some of the best android apps and games that we witnessed this week. 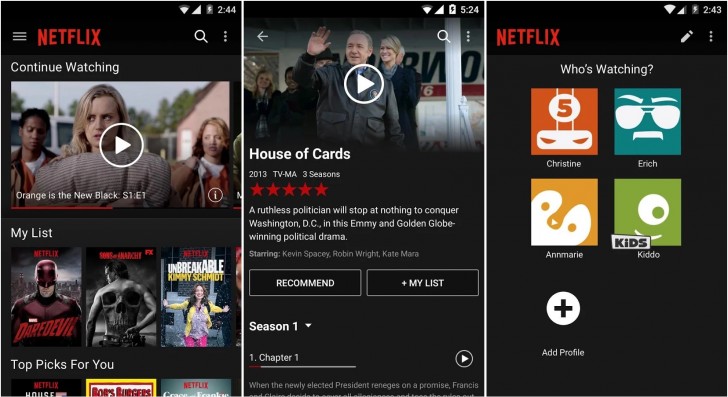 This might seem odd to some of you who have been enjoying Netflix for years in their country but to a lot of us the service just became available officially earlier this week. As such, the official apps are also now available to download on their respective stores. If you subscribed to the service, there is no reason you shouldn’t be checking it out on your smartphone or tablet. Netflix is one of the most universal apps out there, available on iOS, Android, as well as Windows, It also became available for Nigerians and some other African countries few days ago.

AutoMate makes commonly used tasks easily available in apps so you can access them quickly while you are in a car instead of hunting around in different apps. It combines features such as maps, places, contacts, messaging, voice control, media control, and quick shortcuts and toggles. It’s still not recommended to use your phone while driving but if you must then AutoMate at least makes it easier and a safer. Don’t Screw Up is a simple game where you have to do basic tasks like tapping a particular number of times, tap and hold, or swipe based on the instructions that appear on screen. The game tells you what to do and you have to do it quickly before the timer runs out. It’s a game of reflexes and attentiveness, as sometimes it just tells you to wait and if you aren’t paying attention you could just tap and the game if over. The fun part is where the game takes great joy into hurling abuses at the player. It’s all in good fun but if that sort of thing offends you then you have been warned. Blown Away is a 2D side-scrolling game. Your character has the ability to teleport anywhere on the screen, which is convenient to go through walls and reach heights you normally wouldn’t. You have to let his battery recharge between successive teleports. The trick is to time the teleports and to reach exactly where you want to collect the items between recharges.