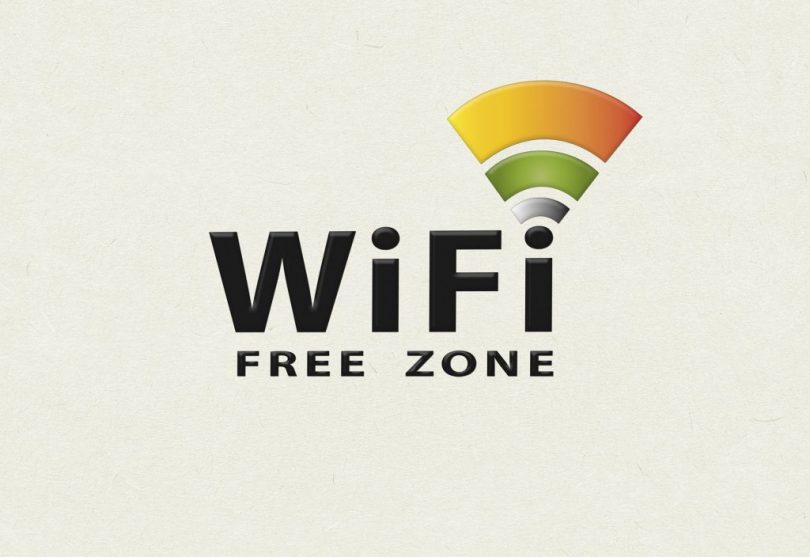 These days, competitive data plans have greatly reduced the cost of internet plans from what we used to have. With a stream of networks now contesting for the attention of the fans, as well as a higher market share, it is interesting to see how this has played out well for the market.

But, even at that, data can still be expensive.

All that, and we have not even gone deeper into other stuff that could make a user consume insane amounts of data in a little time.

It is, thus, little surprise why many people have turned to public Wi-Fi networks.

As the name implies, these networks are without costs.

They are usually provided as part of a service for users of such a service. That is why you can find them in schools, airports, hospitals and other private/ public institutions today.

Even though the occurrences of free Wi-Fi networks are not as widespread in these part as it is in the western world, they are fast taking over. Very soon, they will be everywhere you turn to.

The idea of that alone is very exciting.

Imagine not having to commit to your mobile data plans to download that massive Android OS update. Just think about how you can now download as many movies as you want or stream all the video content you can without the constant fear of how much data you are burning through always ringing at the back of your mind.

However, it is often said that nothing comes free, ‘not even in Freetown.’ The same saying holds true for public Wi-Fi networks. In fact, if you know how much you were directly paying, you would most likely do away with these services for good.

Before launching into the range of problems they could cause for you, it is important to understand why they can cause those problems in the first place.

You should have observed that you don’t need to enter a password to connect to a public Wi-Fi network. To make this possible, the network providers need to have put the service at the lowest security settings so that no one is blocked out.

In other words, there is little to zero encryption on the network.

That becomes the cause of the issues below:

On a normal day, your internet service provider (ISP for short; such as MTN, Airtel, etc.) can see what you are doing when you access the internet. This is possible since your internet traffic streams through them. Since these institutions are regulated by the government, your data is not at so much of a risk with them.

The instance you connect to a public Wi-Fi network, though, your ISP becomes the entity offering such a connection. This means that airport, coffee shop, pizza place or where else you are now knows everything you are doing on the internet while connected to their network.

Since the network is not encrypted, a hacker could also gain access to your internet streams and see what you are doing on your computer.

For one, your new ISP can record and collect that data for other purposes. In fact, some of them sell this data to other companies who can do with your information as they so please.

On the other hand, hackers can use this chance to gain access to your bank account passwords, online login information, emails and so much more.

2 Man in The Middle Attacks

As the name implies, this happens when someone places themselves in between you and a server (such as website or app) that your device is supposed to be communicating with. Since the Wi-Fi network is not encrypted, they can intercept your messages and interactions with the other end of the server.

With such interceptions, they can even manipulate someone you are chatting with on the other end by relaying edited/ wrong messages to them instead. Likewise, they could use this approach to impersonate you and collect sensitive data from the other end of a conversation.

That is just a tip of the iceberg of what a man in the middle can do to you.

Malware (viruses, trojan, keyloggers, etc.) can be installed onto your Android device in a variety of ways. Hackers have tried various means in the past: tricking you with phishing emails, loading malicious codes onto apps you install (even the Google Play Store is not safe sometimes), and so on.

One of the least talked about ways of placing a malware on your device is via a free Wi-Fi network.

By simply loading the said malware onto the network, every unit that connects to that network will automatically download the malware. The interesting thing is, this malware can stay on your device for months (even years) and you would not even know anything is amiss.

In this time, the hacker would have collected enough information to launch a hack on you.

Another interesting Wi-Fi network attack comes in the form of rogue networks. Hackers simply need to get creative to pull this off – and that doesn’t take much of an effort.

Let’s assume you were at an airport which normally had a network named ‘AIRPORT 1.’ A hacker could get creative and make their own Wi-Fi network available with the name ‘A1RPORT 1’ or ‘AIRPORT I.’

If you don’t look at those two names very carefully, you would not see that the letter ‘I’ has been swapped for number ‘1’ in both cases.

Should you connect to any of the rogue networks, the hackers suddenly become your ISP. At that instant, they can hijack your device, steal sensitive data, install malware, etc.

What should you do?

If you have been an ardent user of those free Wi-Fi networks, this might be a good time as any to stop. That might increase the cost you have to pay for data plans on the average, but it will be nothing compared to what you could have lost in terms of your data and privacy.

It is also advisable that you download an antivirus software for Android devices to check and clean your device of possible malware. Chances are you’ve picked up one of these along the way and you had no idea.

We recommend getting only the best antivirus software (Avast, Kaspersky, Norton and Bitdefender are great for Android) so you don’t compromise further on your security.

That said, we know how hard it can be to let go of these free Wi-Fi networks. If you simply cannot let go of the goodies they allow you, it might be time to invest in a suitable VPN for your Android device. With that, the connection on your phone will always be secured and encrypted.

Furthermore, a VPN will make it impossible for any hacker/ ISP to identify your internet traffic with your device. That goes a long way in protecting you from attacks of any kind.

Now that you know how to safely enjoy public Wi-Fi networks – if you must at all – how are you going about staying safe next time you connect to one?