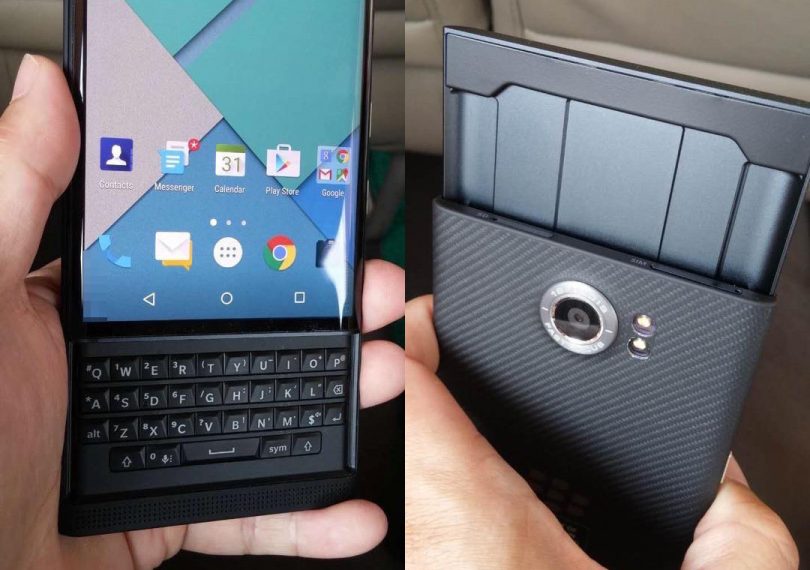 The incessant rumors surrounding the soon to come BlackBerry ‘Venice’ slider has continue to linger to an extent that the device has now appeared in some new and clearer images which are pretty on par with everything we’ve been hearing about the Blackberry Venice Slider thus far.

There’s still a lot of things up in the air surrounding this device and BlackBerry has yet to announce anything officially but judging from these images, the Blackberry Venice is, as was expected, running a customized version of Android Lollipop that brings along with it some BlackBerry 10 influence. If eventually this piece of device surfaces, it definitely will be a top end smart phone and will cost a fortune.

The new images don’t quite confirm any of the rumored specs outside of the camera, but for those interested, rumors are suggesting the Blackberry Venice will be coming with a Snapdragon 808, 5.4-Inch display, 3GB of RAM and as we can see in the photos a 18MP rear shooter with the front facing shooter likely to be set at 5MP.

See more shots after the Jump…..

That’s all about it for now, we will keep you updated when the next set of leaks come up, just like our facebook fan page and stay glued to AndroidPhonesInNigeria. Meanwhile, before you leave, lets hear your thoughts about the soon-to-come Blackberry Venice Slider, Use the comment box bellow.