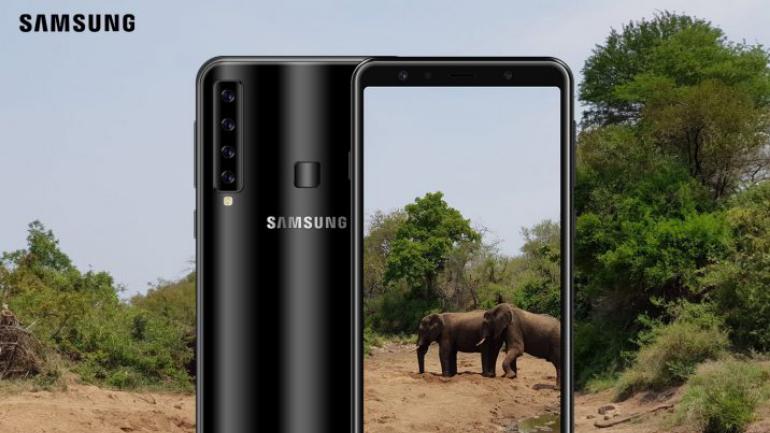 Just last week, Samsung released a media invite for a Galaxy Event slated for October 11. But the South-Korean giant did not reveal the name of the device to be launched. However, there have been heavy speculations that the device could be either the Galaxy A9 (2018) or the Galaxy A9 Star Pro. It’s almost certainly a new member of the Galaxy A series.

The leaked picture of the Galaxy A9 shows both the front and the back of the device. Next to the four-camera setup on the rear is a boxy fingerprint sensor to unlock the phone and to take pictures. On the front, the phone is seen to come with thick bezels and no notch. This picture shows a black colored phone, but there could be other color variants as well.

According to the leak of the full specs, the Samsung Galaxy A9 will come with a grand 6.28-inch full HD+ sAMOLED display with a resolution of 1080×2280 pixels and an aspect ratio of 19:9. The device will be powered by the Qualcomm Snapdragon 660 chipset. It will come in only one memory variant – 6GB RAM and 128GB internal storage. This storage can be expanded up to 512GB via a microSD card.

According to the leaked specs, the Galaxy A9 will be powered by a 3,720mAh Battery with Quick Charge 2.0. it will support face unlock. The price of this device has not yet been revealed by Samsung.