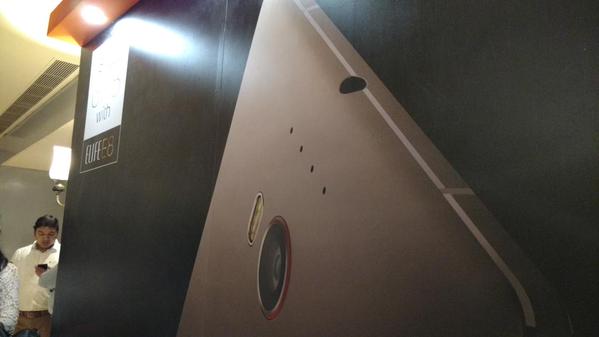 Chinese OEM Gionee has unleashed the company’s best smartphone yet, the Gionee Elife E8, into the Indian market. The Elife E8 has gone official since July but unlike its predecessors (that were released almost immediately), didn’t make it into the Indian market — which is one of Gionee’s strongholds — for some months.

Gionee Elife E8 will exclusively go on sale at Snapdeal starting from October 12. The e store will offer the device at INR 34,999 (approximately $540) and this will be the first time Gionee will be selling a product exclusively online in India.

Enclosed in an aluminum body, the E8 sports a rear-facing fingerprint sensor and a dual SIM slot. The camera part is just as exciting as the rest of the specs as the phablet offers a 24-megapixel camera that surprisingly comes with optical image stabilization as well as dual tone LED flash. For taking selfies, the handset comes equipped with an 8-megapixel selfie camera.

Back when the E8 was announced in July this year, Gionee also launched a smaller handset called the Marathon M5. The M5 is already available in the country and weighs way less than the E8 in terms of pricing in exchange for smaller specs.