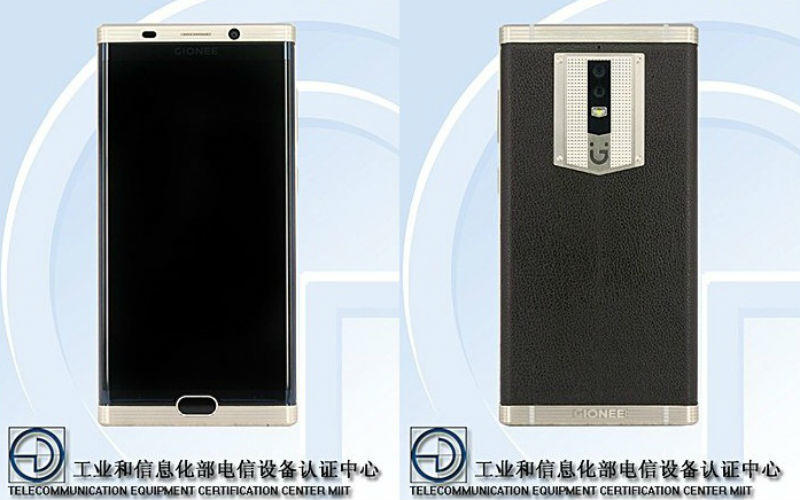 The Chinese OEM – Gionee – is reportedly getting set to unveil another device with a monstrous battery capacity of up to 7000mAh. This may actually be one of the most sought after Android phones in 2017, just when we thought we’ve seen enough with the likes of Gionee M5 and Gionee M6 plus.

Then new smartphone with the name: Gionee M2017 was recently spotted on Chinese certification website, Tenaa. The 4G LTE enabled smartphone in its images looks like the Galaxy S7 Edge on the front with what appears to be a dual-edge display. On the other hand the rear of the device looks like an old Virtu phone design, but with a Gionee logo and dual rear-cameras.

M2017 sports a 5.7-inch QHD AMOLED display (2560 x 1440 resolution), and features an Octa-core 1.96GHz processor running on 6GB of RAM along with 128GB of on board storage. It comes with a 12MP + 13MP dual rear camera and an 8MP front camera. Gionee also recently launched a dual camera device which is dubbed Gionee S9 and S9T.

An Antutu benchmark of the device shared by PhoneArena shows that the M2017 comes with a Qualcomm 653 processor that is coupled with an Adreno 510. Antutu’s report however, shows the phone to come with either a 12MP or 13MP camera as opposed to what the images show.

Gionee has had experience with phones with large battery capacity, including the Marathon series; of which the Marathon M5 comes with a 6000 mAh battery. A review of the Marathon M5 showed that it was difficult to finish the charge of the phone even with a heavy day of use, but it was equally difficult to charge the big capacity phone considering how slow it charged. We certainly expect a difference with Gionee M2017.

The listing on Tenaa showed the device to feature just one colour variant which is Black. It is not mentioned if the M2017 will be featuring Quick Charge, but as experience would tell; it is important that they do. There has been no official announcement by Gionee on the availability or the pricing of the device yet.