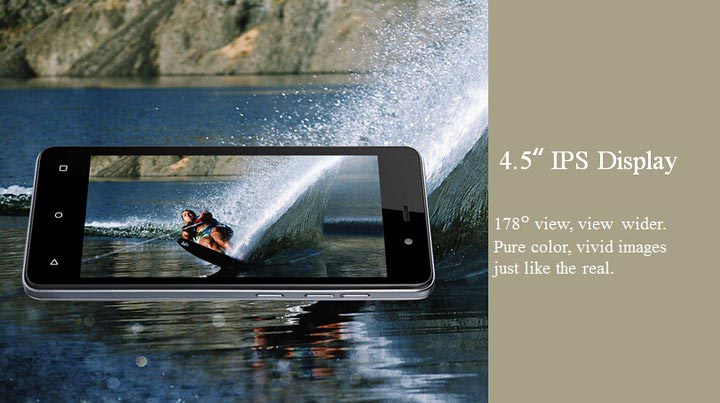 The Gionee M3 Mini as the name implies, is the mini version of the Gionee M3 device that would be for the lower budget smartphone users. Announced earlier this year, the device was finally launched from the staples of Gionee on the 12th of October. With the launch came the full spec sheet of the device from the manufacturer and below is the total specs the device carries.

Out of the box would see you facing a 4.5 inch device that has its resolution set at 480 x 854 pixels and 195 ppi. The screen is protected by LCD capacitive touchscreen technology too.

Going further down into the hood of the device, it comes with a processor clocked at a speed of 1 GHz all running on four codes. The processor is of the MediaTek MT6736M and is a total 64-bit Cortex-A53.

There’s an amazing 8GB storage on board which can be expanded as seen fit by the user up to 32GB. All these functions are all controlled by the CPU inherent which lies at a decent 1GB or RAM.

The camera pair on the Gionee M3 mini device is pretty impressive with the rear camera coming in at 5MP and the front at 2MP, both supporting video recording and the front having video call capabilities over 3G or higher and Wi-Fi. The rear camera comes with its own LED flash mechanism for handling low light situations and also supports the autofocus technology to take your pictures.

Running on a relatively big 4000mAh of battery, the device packs other miscellaneous specifications such as the support for FM Radio, GPS, availability of Bluetooth and Wi-Fi connectivity options and sensors such as the traditional accelerator, proximity and compass.

Are you thinking of getting one? Let’s know in the comment box.