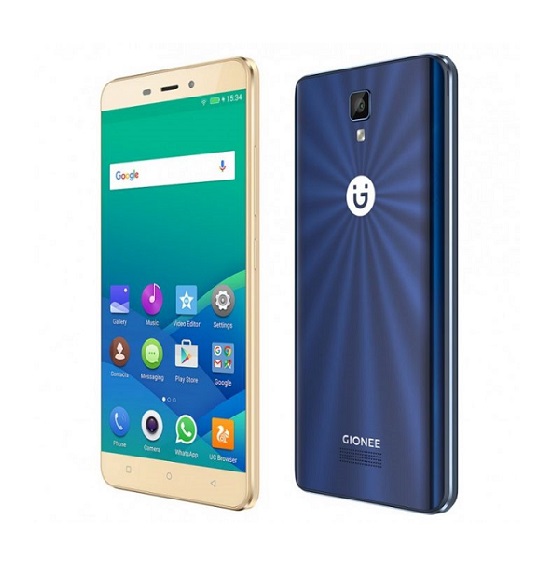 Gionee P8 Max is not all that a worthy successor to the last year’s P7 Max from Gionee, although coming with a very similar spec write-up, the P8 Max was defective in areas we expected improvement or nothing less.

The device maintained the same design pattern in the series and a large RAM space for a decent phone performance, fingerprint scanner is absent as widely expected. That not withstanding below are key specs of the Gionee P8 Max.

Gionee P8 Max offers generous screen estate with an IPS LCD unit measuring 5.5 inches diagonally, the screen is protected by a Corning Gorilla Glass. The capacitive touchscreen has a resolution of 1280 x 720 pixels making it a HD display.

In the camera department, the Gionee P8 Max didn’t actually disappoint, at least not on paper. It holds a 13 megapixel back camera with an aperture size of f/2.2 and a LED flash to compensate. Some of its camera features includes; autofocus, HDR, Geo tagging and face detection.

On the front side, there’s an 8 megapixel selfie shooter, ready to serve some great quality self-shots. Remember the P7 Max had a 5 megapixel front shooter but still delivered good selfies.

Gionee P8 Max uses a Quad-core processor and a MediaTek MT6737T chipset with Cortex A53 cores, the CPU speed clocks at 1.5 GHz.

This doesn’t promise the most outstanding performance and considering the P7 Max had better processor with likewise better speed. Nevertheless, the provision of 3GB of RAM should boost responsiveness and performance.

The onboard storage space remains at 32 GB and sadly this time, you won’t be able to expand the storage with MicroSD card should you encounter a need for that. The Gionee P8 Max boots Android 6.0 Marshmallow OS customized with its Chinese maker’s Amigo 3.2 skin on top.

There is Wi-Fi 802.11 b/g/n with Wi-Fi Direct and hotspot. The Gionee P8 Max also offers Bluetooth (version 4.0) among its connectivity options and will be available in three different colors namely; Gold, Blue and White.

Other Phones to consider

Gionee P7 Max is Probably the first phone that comes to mind when you think of a good alternative, it has better processor that its later counterpart.

Infinix S2 Pro should also be thrown into the mix, Tecno Camon CX on the other hand is not a bad alternative to look out for.