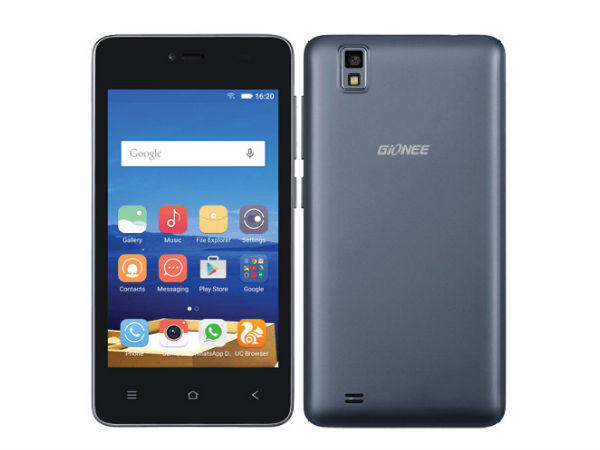 Gionee Android are best known for their gigantic battery life, you will agree with me on that. The Pioneer P2M is not an exception, It first became available for purchase in July 2015.

The smart device from Gionee runs on the Android operating system. The Pioneer P2M comes with Android 5.1 Lollipop which is the newest Android version available. Amigo 2.0, by Gionee, runs on top of Android on this device, offering an advanced and customized experience.

Not quite good camera rating when compared with some big names like The Huawei Mate S and Samsung Galaxy note 5 but at the same time, not a bad one either.

The Pioneer P2M has a 5 megapixel rear (primary) camera, which won’t capture very good photos. Its 2 megapixel front camera makes it an average choice for selfies.

Surely an A+ rating when it comes to battery life.

According to the Gioneer advertisement, The Gionee Pioneer P2M was said to have a 15hr of battery life, comparable to the overall average of 8 hours. In terms of battery capacity, it holds 3,000 mAh, a massive battery capacity for a phone.

OK, going down to the design and body:

With a weight of 140 grams, its weight is about average for a smartphone of its size. The phone has a large battery for its size, which weighs it down.