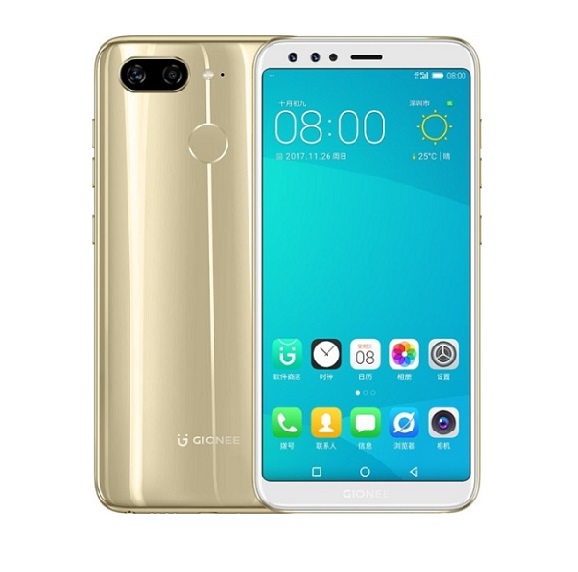 Gionee S11 has joined the likes of Gionee M7 and M7 Power in the list of bezel-less phones that was produced by the Chinese phone maker in 2017. The device has a similar look as the Tecno Phantom 8 in terms of body design.

The Gionee S11 has four cameras in total; two upfront and two at the back with LED flash to complement. It uses the 18:9 screen ratio which literally makes no room for navigation keys, the fingerprint scanner is located at the back.

On the inside is an Octa-core 2.5 GHz (cortex-A53) CPU with a Mediatek Helio P23 chipset, available RAM is an ample 4GB which most certainly allows for a blissful multi-tasking and gaming experience. Gionee S11 uses a Mali-G71 MP2 for graphics processing.

The S11 device from Gionee comes with the Android 7.1 Nougat with the company’s Amigo 5.0 skin on top. For device storage, there is a 64 GB ROM which can also be expanded to up to 256 GB via micro SD card but there is no dedicated slot for the SD card so you will be using the SIM 2 slot

In the camera region, Gionee S11 uses a combination of 16 and 5 megapixels at the back with LED flash. Some of the features available are autofocus, Geo-tagging, touch focus, face detection, HDR and panorama. At the front is a combination of another 16 megapixels 8 megapixels cameras with no selfie flash. 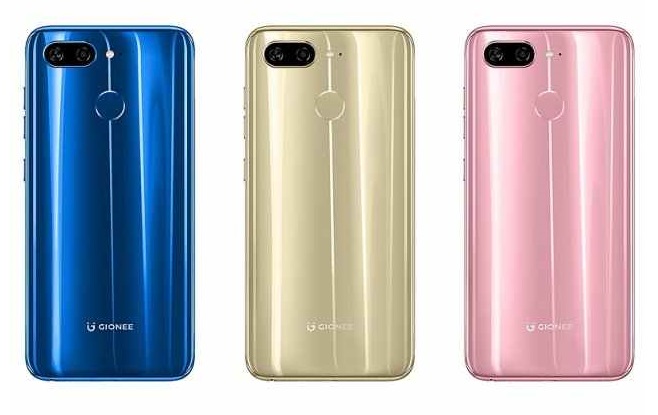 The Gionee S11 finishes with a metal body in various color options which includes; Moonlight blue, space gold and cherry powder colors. There is a rear-mounted fingerprint scanner below the camera area for faster unlocking of the device.

Gionee S11 price in Nigeria is around 136,000 naira which translates to 380 USD. The S11 is expected to be available in China from from December, the actual date for it’s availability is yet to be confirmed.

Gionee S11 best alternative could be the Gionee M7, it has similar bezel-less screen. There are other good Android phones with edge-to-edge screen; like Xiaomi Mix, Essential Phone and even the Samsung Galaxy S8 all have good offers for their price money. There are also other low-end Android phones with infinity display like the Oukitel C8.