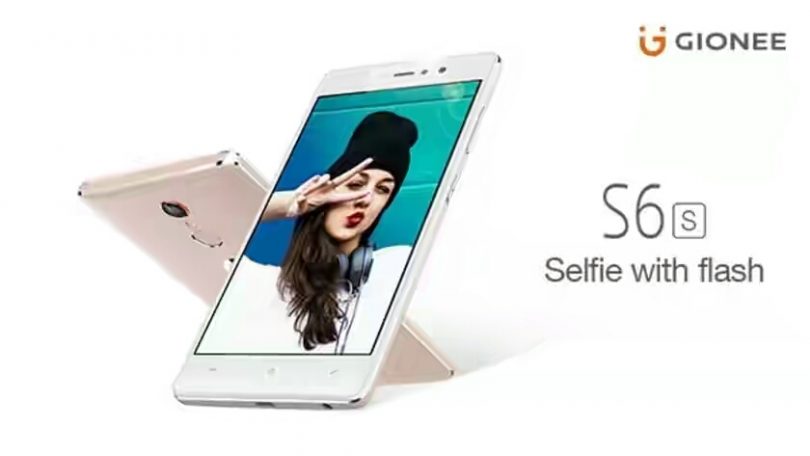 If think you’ve seen the best selfie smartphones with the Tecno Camon C9 Gionee wants to change your definition of a “premium selfie” with the new Gionee S6s. Chinese tech giant Gionee has earlier today, posted a teaser image on its official Twitter account showing off its upcoming S6s smartphone, which it claims will redefine what a “premium selfie” means. The teaser comes just ahead of the official launch of the smartphone at an event to be held on August 22 in New Delhi, India for which the invites have already been sent out.

Gionee’s smartphones have been slowly gaining popularity in India, and the company has been slugging it out with its Chinese competitor OPPO in the selfie space. Gionee had earlier launched the Gionee S6 and S6 Pro under the S series, and joining the line up now is the S6s.

Not much is known about the S6s, though we can confirm that it will feature a front facing LED flash, as suggested by the invite for the launch event. Other than that, the S6s is expected to share the same design and specifications with the S6 Pro, which comes with a mid-range MediaTek Helio P10 chipset, 4 GB of RAM, and 64 GB of expandable storage. The S6 Pro packs a 13 MP primary camera and an 8 MP front-facing camera, while a 3,130 mAh battery keeps the device running. If reports about the S6s being similar to the S6 Pro are true, then you can also expect the new smartphone to sport a full metal body and a fingerprint scanner.

Gionee’s latest teaser on Twitter shows an image of the upcoming smartphone in white and rose gold colors with the caption, “GioneeS6s Selfie with Flash,” and a message, “The incoming one…The New One, which is redefining “premium selfie” means to you.”

The Gionee S6s selfie-centric smartphone will be up against the OPPO F1s “selfie expert” smartphone, which was launched in India this month at a price of Rs 17,990 ($269). As of now, we don’t have any information about the pricing and availability of the Gionee S6s, but we’ll update you as soon as we lay our hands on the details after its launch on August 22.