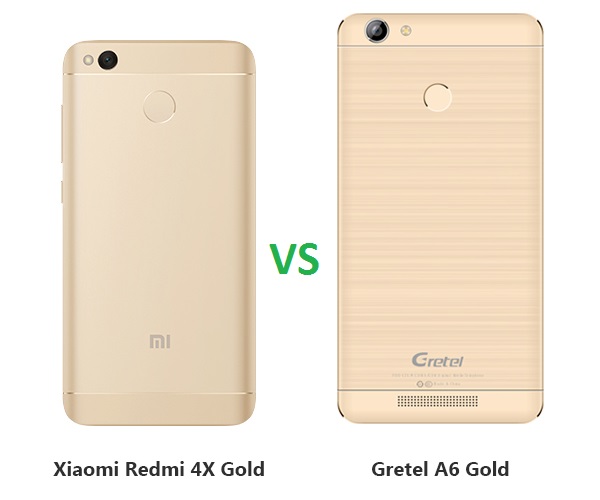 The China-based phone maker- Gretel, has launched a feature-packed and pocket-friendly smartphone into the Android market. You can take it home by shelling out just $90. Now you know the price, you may not believe what is coming up; In terms of features and the design, Gretel’s device happens to give the Xiaomi Redmi 4X, which is costlier, a run for its money. You’ll agree with that when we delve further into the comparison.

Gretel A6 and Redmi 4X are both finished with metal body and bears a fingerprint sensor on its back. Similarly the primary and the secondary cameras of both phones are 13MP and 5MP respectively, Both devices come preloaded with Android 6 Marshmallow. 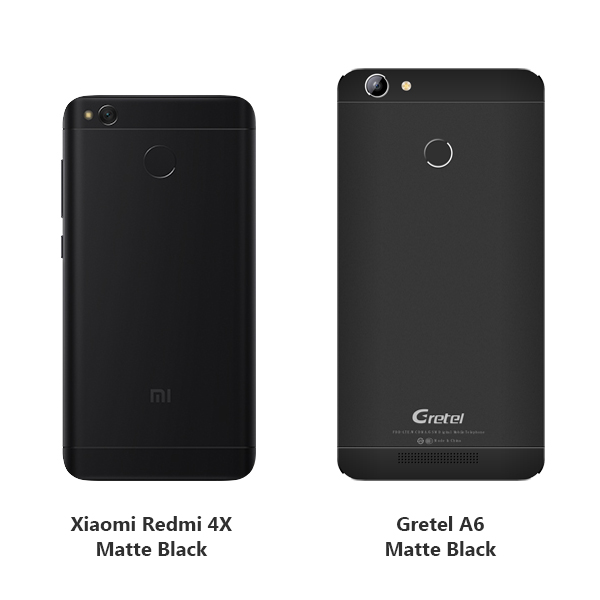 First prevailing difference is that Gretel A6 has a 5.5-inch HD IPS LCD display, and Xiaomi Redmi 4X features a 5 inch HD display. 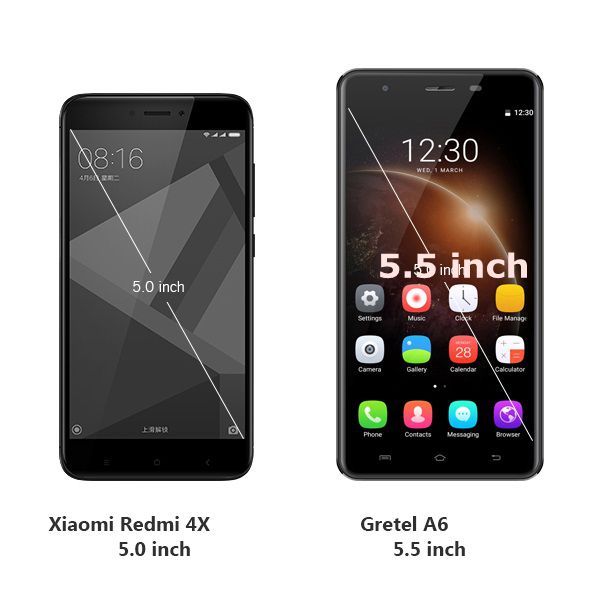 In terms of internal storage space Random Access Memory, Gretel A6 and Xiaomi Redmi 4X boasts a 16GB internal memory and with a microSD card support, which can be further expanded to up to 32GB for the A6 and up to 256GB for the Redmi 4X. Redmi 4X and Gretel A6 are both equipped with 2GB RAM.

Both devices have dual SIM support and similarly both have hybrid slot, which means that at a time you can insert either a SIM card or a T-Flash card into one of the slots. 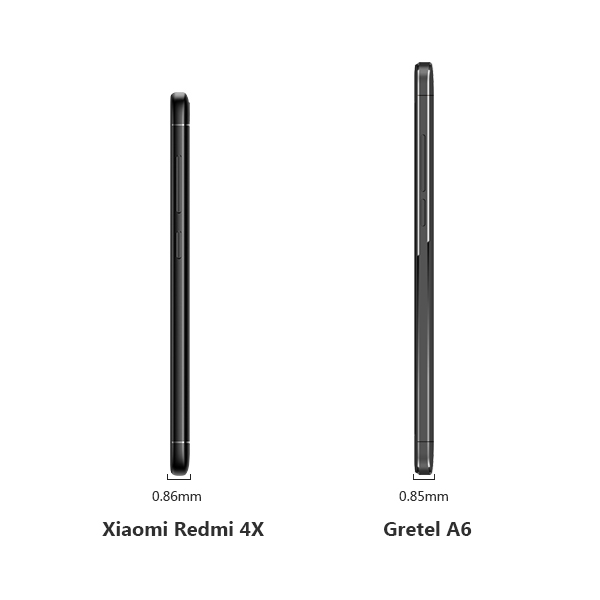 Coming to the design, Gretel A6 is an absolute beauty with its build quality and sensational design, although the design in both phones are great. Its display is covered with a stunning 2.5D curved glass and its body is built with a high quality aluminum alloy which gives the device a premium and sturdy look and takes the user on an aesthetic tour.

It has a capacitive touch button below its display that illuminates with backlighting. On its back panel, there is a fast fingerprint scanner or Touch ID, which is capable of unlocking the phone in milliseconds.

Gretel A6 is available in black and gold while Redmi 4X is available in pink, gold and black colors, both come with the premium aluminum alloy matte metal back, only the gold version of Gretel A6 arrives in a stunning and glossy  brushed finish on the aluminum backing.

Lastly, both devices can be found and purchased on Gearbest, let us know your thoughts on which one you think is better.