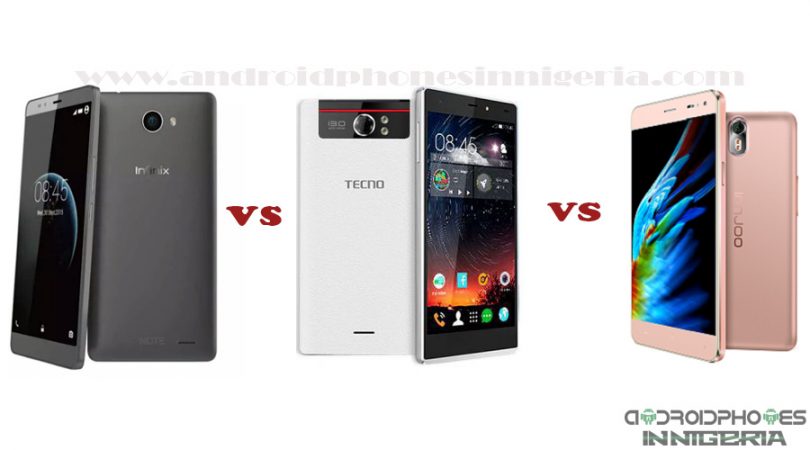 Infinix, Tecno, and Innjoo are few brands that have been stealing headlines around the low-end smartphones market in Nigeria and across Africa. They didn’t get there because they produced the best smartphones in the market today nor the finest ones, but by producing lots of affordable smartphones with outstanding features at the same time. With the recent launch of the Phantom 5 by Tecno, many were left wondering if Tecno is quitely drifting from mid-range phones to high-end smartphones, Nevertheless, they still have lots of budget smartphones like the Camon 8 still competing in the low end market. Competition in the mid-range smartphones market got stiff as Innjoo subsequently Launched the Injoo max 2 and max 2 plus but even stiffer after Infinix pushed the Infinx Note 2 X600 (the Big 6) into the market. Each of this smartphones showcased very nice spec sheet with an affordable price tag which makes it even harder deciding the one to settle for. That not withstanding, we are here to help you decide the best out of bests, so we will be comparing those three smartphones to find out which one deserves the crown. 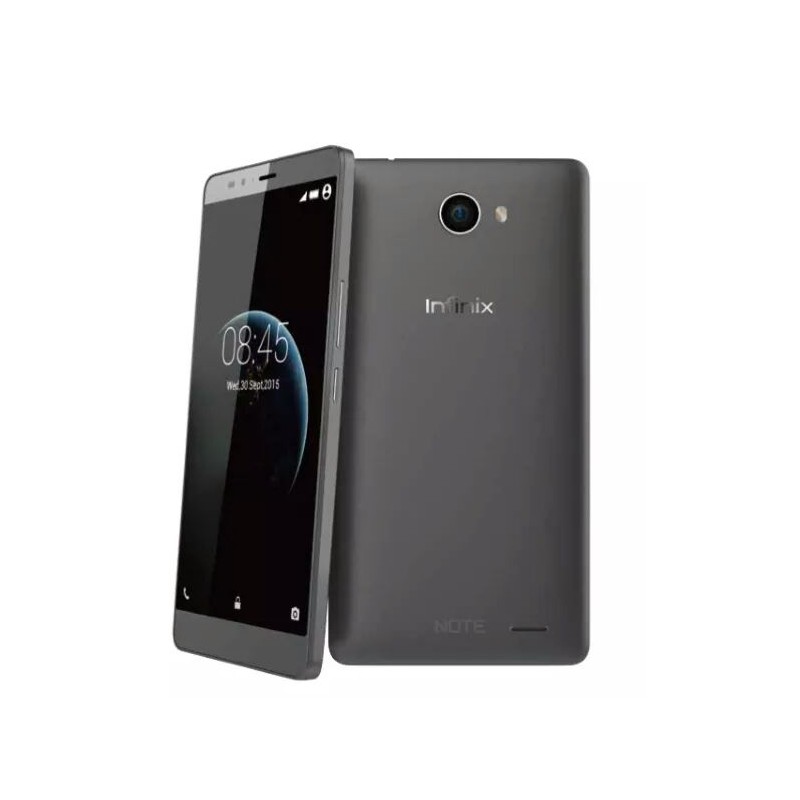 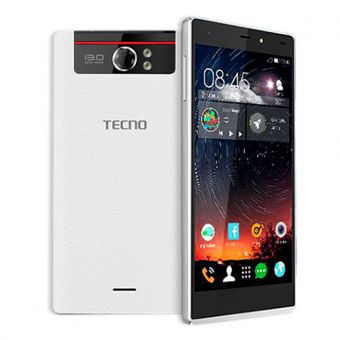 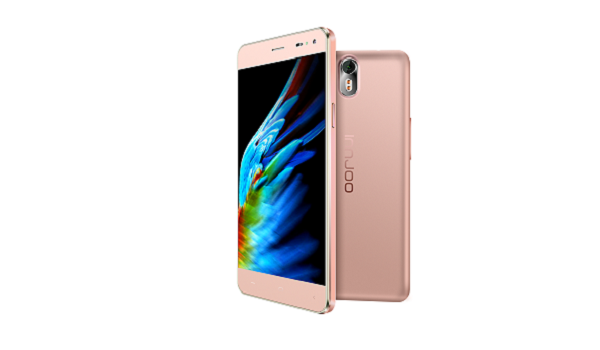 The Big 6 is really big with its 6.0 inches IPS capacitive touchscreen having 16 million colours, the screen carries a resolution of 720 by 1280 pixel, the Pixel density measures 245 pixels per inch. The Hot note 2 has a brilliant body design with a bezel free screen, It has a thickness of 9.3 mm, this implies its thicker than the Note Pro that has a thickness of 8.2 mm. It comes in two different colours: white, black, Gold, red, sky blue and copper and it is being covered by plastic material.

Camon C8 crams a 5.5 inches IPS capacitive touchscreen that has a total of 16 million colours with a resolution of 720 by 1280 pixels, Its PPI stands at 267 pixels per inch. The beautifully designed body of the Camon8 has a thickness of 8.8 mm, it comes in numerous colours, it has a black rectangular plastic surrounding the camera and the double LED flash with red line just above the camera, this design is more significant in other colours apart from the black one. The back side is covered with a plastic material with smoothly rough pattern.

The max 2 plus shows off a chic and seamless border design that is being dominated by a large 5.5 inch IPS capacitive touchscreen at the front, the screen which is being protected by a Dragontail Glass has a resolution of 720 by 1280 pixels with a PPI of 267, Max 2 Plus is the only device that comes with screen protection between the three devices. The 8.9 mm thick max 2 plus embodies both style and beauty in its design, It uses hairline finish technology which promises great fingerprint-resistance. The colours of Champagne Gold and Titanium Grey looks metallic although being plastic, other available colours are Milk-white and Romantic pink.

The note 2 x600 comes preloaded with a new UX on the Android 5.1 Lollipop version of the Android operating system. It is powered by an octa-core Cortex-A53 processor and a MediaTek MT6753 chipset, Its CPU runs at 1.3 GHz, it is also presented in 1.5GB and 2GB RAM variants. The Big 6 comes equipped with a 16GB internal storage which its user can further expand to 32GB with a MicroSD card.

Camon c8 in the first device from Tecno to run on Android 5.0 lollipop of the android operating system, Under the hood lays a quad-core processor clocked at 1.3 GHz. Having a RAM of 1 GB means that this device is capable of delivering a level of performance that will be more satisfactory to users who do not leave many apps open at the same time. The camon8 avails its users with an ample 16GB internal storage space which is expandable by up to 32 GB via a microSD card slot.

The Innjoo max 2 plus features android 5.1 lollipop of the android operating system which promises richer experience its users, Max 2 Plus is driven by a quad-core processor that runs along at speeds of up to 1.3 GHz. The chip is paired with a manageable 1 GB of RAM, not the best choice for heavy users that loves to leave many apps running at the same time. In terms of storage, you get a generous 16 GB of internal storage, you will be able to add up to 128 GB more using a microSD card just in-case more storage space is required.

Speaking of camera, the CAMON was allegedly coiled from “CAMERA ON” which speculates that the tecno camon series are built with advanced camera performance, a 13MP camera with double LED flash attests to that. The 13MP camera can capture up to up to 4128 x 3096-pixel-pictures featuring HDR, autofocus, panorama, and Geo-tagging camera. Its 5MP front camera can capture up to 2592 x 1944-pixel pictures and also has a LED flash which ensures clear and bright selfies even in dark places, Connectivity options available in the dual mini sim based android smartphone includes; Wi-Fi, GPS, Bluetooth, 2G, 3G.

The max 2 plus is not left out in this one, it also features a 13MP primary shutter with double LED flash. Features available for the camera are Autofocus, Geo-tagging, Video recorder, HDR and Panorama, Its maker left an 8MP secondary shutter at the front of the device for great selfie purposes which also carries a LED flash. The max 2 plus is dual sim based and supports Wi-Fi connectivity, GPS, 3G, 2G and Bluetooth.

In the battery department, the big 6 holds a massive 4,000 mAh Li-Ion battery, the battery promises a longer standby and talktime of 300 hours and 21 hours respectively.

Tecno camon c8 is endowed with a Removable 3000mAh Li- Polymer Battery with fast charging feature, it has an alleged talk time of 280 hours on standby and 14 hours talktime.

Innjoo Max 2 Plus definitely has more to offer when is comes to battery and power, it holds a fabulous 4600mAh
Li-polymer battery that features a rapid charge technology with a built-in standby intelligent power saving function that keeps you connected for long. The battery has an advertised talktime of 410 hours.

With the spec sheet show cased above, these three smartphones can be referred to as the perfect mid-rangers, despite coming at an affordable price they really had outstanding features to offer. After going through the above, the best out of the three is not far fetched anymore, When judging by only the specs write up, The note 2 X600 is no doubt the best to go with. At the other hand, when you compare both the specs and price tag together, one can alternatively see the Max 2 plus as the best.

That being said, the choice is still yours to decide the one that best suits your needs, so we would love to hear your opinion about these three device, which one do you think is the best to go for, use the comment box below.

Where to Buy This Phones:

From Jumia with pay on delivery option for N30,000–> BUY NOW

From Konga with free shipping and pay on delivery for N29,500–> BUY NOW