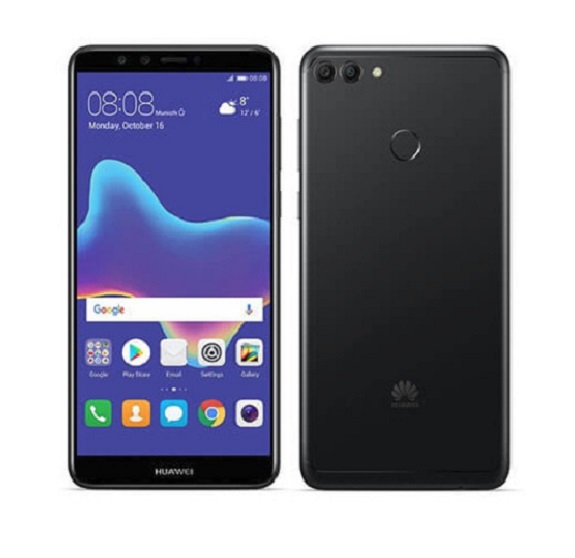 Huawei Y9 (2018) should have made its bow at the MWC 2018, but we are glad to have the unit now anyways. This smartphone comes with a screen that is just under 6 inches, going onto pack some of the most impressive features into that sleek, premium body build.

Made with the in-house Kirin processor, the Huawei Y9 (2018) carries one of the tightest combinations of CPU and user-accessible memory we have seen for upper midrange units. Speaking of combinations, this is the first top-tier device that would carry a 4-camera configuration. To round it off, the unit is powered by a big battery to keep the lights on for longer times between charges. 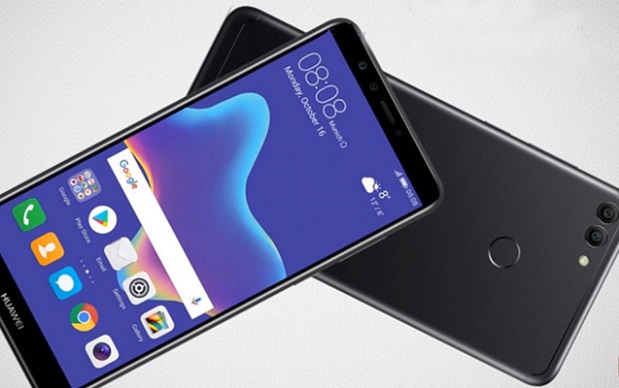 Huawei Y9 (2018) comes with a 5.93-inch screen which is wrapped around an aluminium build. The screen is designed with the latest 18:9 aspect ratio to bring the best experience when surfing through the smartphone or consuming visual media. To further ensure clarity, this screen was set at a resolution of 1080 x 2160. That makes sure the density works out to just around 407 ppi.

Reaching under the hood, it can be seen that Huawei opted for the in-house HiSilicon Kirin 659 chipset for the build of this unit. This top performer was then paired with an octa-core CPU that would clock a low of 1.7GHz and high of 2.36Ghz. The CPU also carries a memory of 3GB – big enough to ensure there are no lags even when the phone is tasked to the maximum.

Speaking of memory, each unit of the Huawei Y9 (2018) is equipped with a decent 32GB internal storage space out of the box. That can be expanded as the user sees fit via the hybrid slot on board. The inclusion of this hybrid design means users will have to make a choice between using an extra SIM (nano-SIM) or expanding the storage on their smartphone.

The camera setup on the back is one that sees two sensors. The main one is at 16MP while the supporting sensor is at 2MP. Likewise, Huawei also went all out for the selfie lovers by placing another 2MP sensor next to a 13MP shooter on the front. While the bigger sensors will be responsible for mainly capturing, the smaller ones will take care of depth an detailing in the pictures. 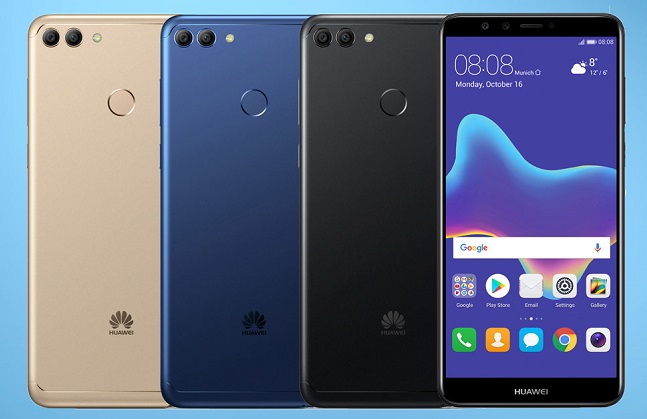 The camera department comes pre-installed with such features as geo-tagging, touch focus and face/ smile detection. The rear camera is even able to take pictures in both HDR and Panorama mode.

Moving on from the cameras, the Y9 (2018) impresses in its offering of the latest Android 8.0 Oreo out of the box. That is, of course, based on the corresponding EMUI 8.0 from Huawei. The arrangement on the back of this smartphone would not have been done justice if we leave out the fingerprint sensor that has been perfectly fused into the aluminium build.

Available in colour options of Black, Gold and Blue, Huawei Y9 (2018) will draw its power from a rather massive, non-removable 4000mAh Li-ion battery.

Huawei Y9 (2018) was just recently announced this month and is expected to start hitting the shelves as from next month (April). The device is expected to carry a price tag 250 USD which translates to about NGN 89,500 in the Nigerian currency.

Where to buy Huawei Phones

Tecno Camon CM could be the best alternative of the Huawei Y9 (2018), they both have very similar spec write-up and features the same 18:9 aspect ration. Check out more affordable Android phones with 18:9 screen.

Sticking with Huawei? You may want to consider some of their top performers such as the Huawei Y7 Prime and Huawei P9 Lite. The Honor 7 is also a good midrange smartphone from Huawei, as well as the Huawei P9 Plus.