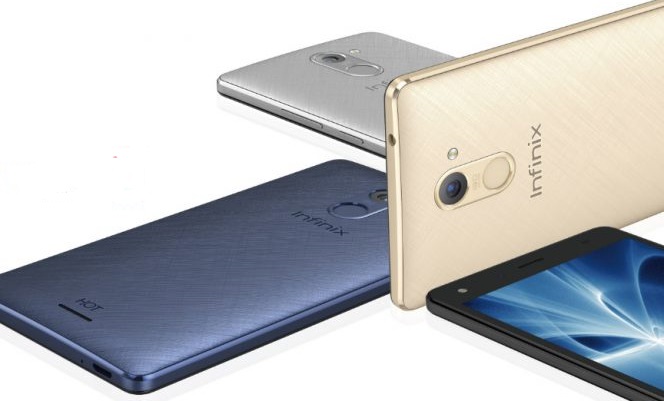 Infinix has released a Pro version of the Hot 4 X557 with the codename: Hot 4 Pro X556, the device is a slight upgrade in few areas where the base version was said to have under-performed. These upgrades where spotted in the network options and camera region.

The Hot 4 X557 left many people a bit disappointed learning that the device has no support for 4G network, the phone however, received a deal of praises in other areas, most especially for its fingerprint scan technology and a very reasonable price tag. The Hot 4 Pro also features a fingerprint sensor which is placed at the back and comes with 4G network option.

The camera specs in the new Hot 4 Pro X556 is also bumped up to 13 mega pixel to appeal for the 8 mega pixel in the base version of the phone. The screen size remains at 5.5 inches with the same resolution of 720 by 1280 pixels. There is also the same 16GB internal storage space available here along side a provisional 2GB RAM.

The device dimensions as well as the battery capacity were untouched, it hosts a 4000 mAh battery with a dimension of 152.6 by 76.2 by 8.8 mm weighing approximately 180 g. The Hot 4 Pro comes running on Android Marshmallow 6.0 customized with the new XOS user interface which is now available for other Infinix devices like the Zero 3.