Although being touted as a mid-ranger, the Hot 4 X557 brings along some outstanding features that is probably giving it a great deal of attention, the Hot S X521 is also great with its specs sheet but is it worth going for? especially now we have the likes of Hot 4 in the market. Gionee M5 plus is not left out here, it might be mistaken to be in the mid-range category of smartphones but it’s price tag makes you think otherwise.

It provides a more interactive mobile experience with unique features like; beautiful themes, smart cleanup, freezer and a power optimization feature that will ensure you get 30% reduction in power consumption rate. Gionee M5 plus uses Amigo 3.1 UI based on Android 5.1 lollipop and just like the XOS, the Amigo 3.1 is Gionee’s custom user interface based on Android OS. 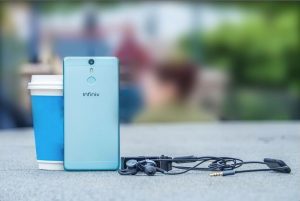 In battery department, the Gionee M5 plus is again crowned winner with its 5,020 mAh of non-removeable battery, the Infinix Hot 4 follows up immediately with its sufficient 4,000 mAh battery leaving the Infinix Hot S in the last position in battery capacity ranking. The Hot S houses a 3,000 mAh battery though it was expected to have more than that before it was launched.

One similar feature available in all the three phones is the fingerprint scanner technology, the only little difference here is the position where they are found in the devices but that doesn’t really matter as long as they function the same. The fingerprint sensor for Gionee M5 plus is embedded within the home button in the front panel of the phone while the ones in Hot 4 and Hot S are located the back just below the rear camera. 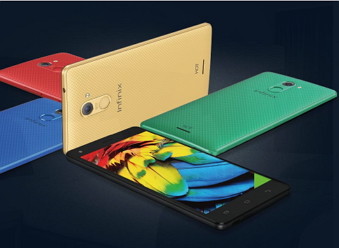 It’s not hard to see that these smart phones have some great things in store but we intend to fathom the one with more to offer at its price range so let’s go into detailed specs comparison with the table below before concluding.

The Gionee M5 plus is certainly the best here but its price tag might not be budget friendly, if you’re strictly on budget, your choice will be amongst the Hot S and Hot 4 X557.

Coming down to those duo, the Hot S dominated over the Hot 4 in some areas like the screen resolution, camera and processor. Those areas might be considered as irrelevant by some regular phone users but it means a lot to some. The only big edge Infinix Hot 4 had over the Hot S was in the battery capacity and a little in screen size, this two features are major area of consideration for most people while making a smartphone choice.

That not withstanding, if you’re ready to spend more for a nice treat of smart device, the M5 plus is a good choice but if you want a low budget smartphone with few premium features, Infinix Hot 4 should be what you’re looking for, but then again, Hot S is not bad if you’re looking to get a high spec’d phone at a very modest price. Literally, Infinix Hot 4 X557 is best at its price.