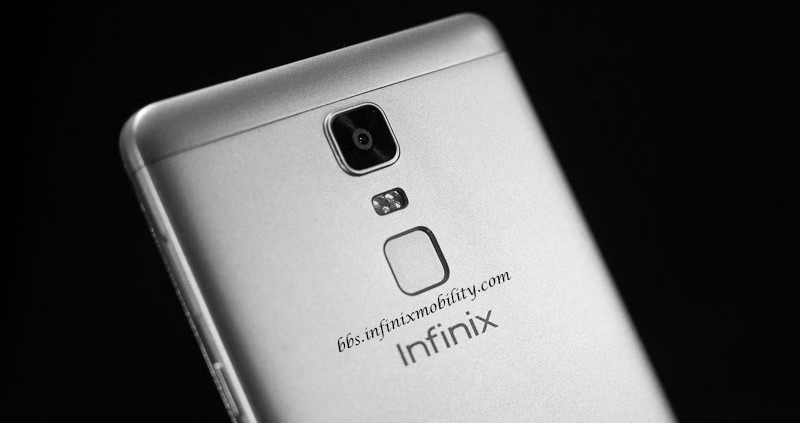 We haven’t had enough of the Infinix Hot S X521 before learning that Infinix has gone under the hood for Infinix Note 3, there are unclear speculations that the Zero 4 is being worked on as well. We showed you some leaked pictures of the test version of Note 3 X601 not long ago and from what we saw in the pictures, the phone looked a lot promising.

Well, the pictures weren’t deceiving us, the Infinix Note 3 has a very sophisticated spec sheet, from the leaked spec write ups, the device will be clad with full metal and will have larger display estate of 6.0 inches. The screen will be in full resolution of 1920 by 1080 pixels.

The Infinix Note 3 is set to come with Android 6.0 marshmallow with the new XOS by Infinix running on top, like we saw from the pictures, there will be a finger print sensor at the back which can be used to unlock the device and for other security purposes.

The phone will arrive in two distinct versions, the first one will be using a 2GB RAM and on board storage of 16GB which can be further expanded with a TF card, it will also have a mediTek MT6573 chipset on the inside. Still for the first version, there will be a 13 mega pixel camera at the back and 5 mega pixel camera in the front, both are equipped with LED flashlights.

In the Power house, both versions of the Note 3 X601 will be endowed with a 4,500 mAh battery with flash charge feature, this is a little upgrade from what we saw in the Big 6 X600 that offered a 4,000 mAh battery. The price of the Note 3 is yet to be uncovered but from my speculations, it should be some where around N60k to N70k or even more, you wouldn’t expect anything less after considering the great features the device is bringing along.

Will you be saving for the Note 3 or will you just go for the Hot S, oh wait, what of Zero 4? Let us know your opinions with the comment box and stay close for more leaks. See picture of the spec write up below. 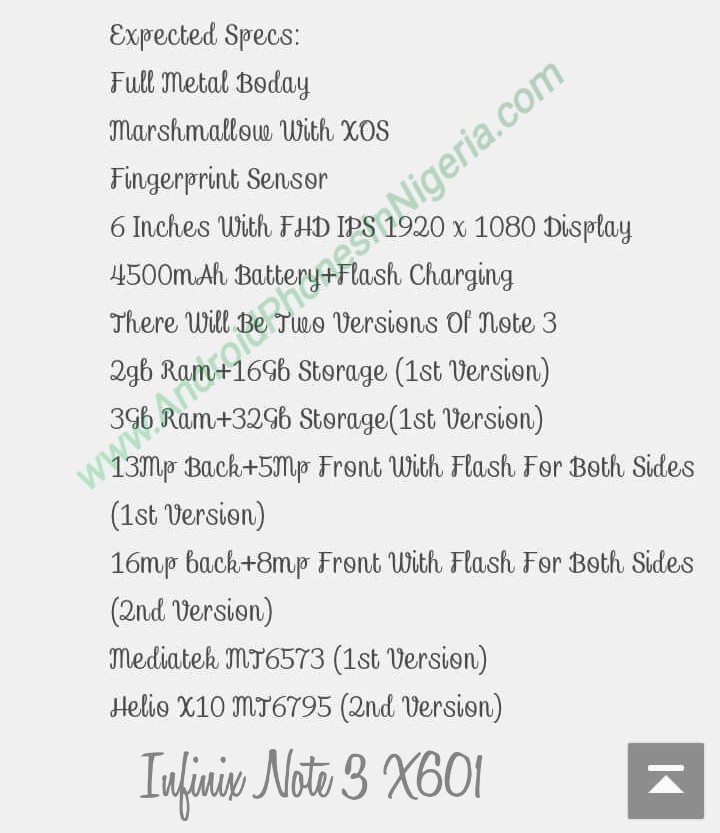