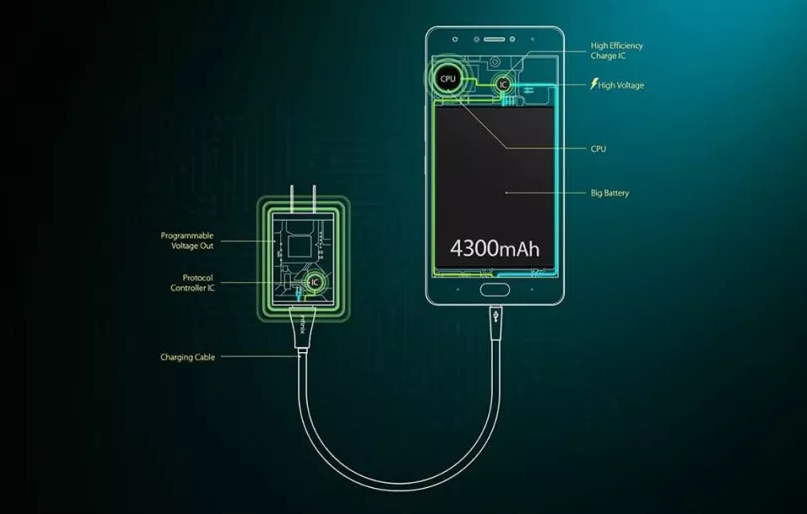 One of the main talking point of the Infinix Note 4 is the battery, not because it is the largest in town but because of the features it brings.

On paper, Infinix Note 4 battery boasts of things like 5 minutes charge giving you 200 minutes of talk time, 2 days of battery life under normal usage, 1.5 days under heavy usage, fast charging (XCharge) and many more. But as you may already know, performance on paper are not always the same in real life.

The Infinix Note 4 battery was subjected to real life test and the result…well, you will find out in a moment. 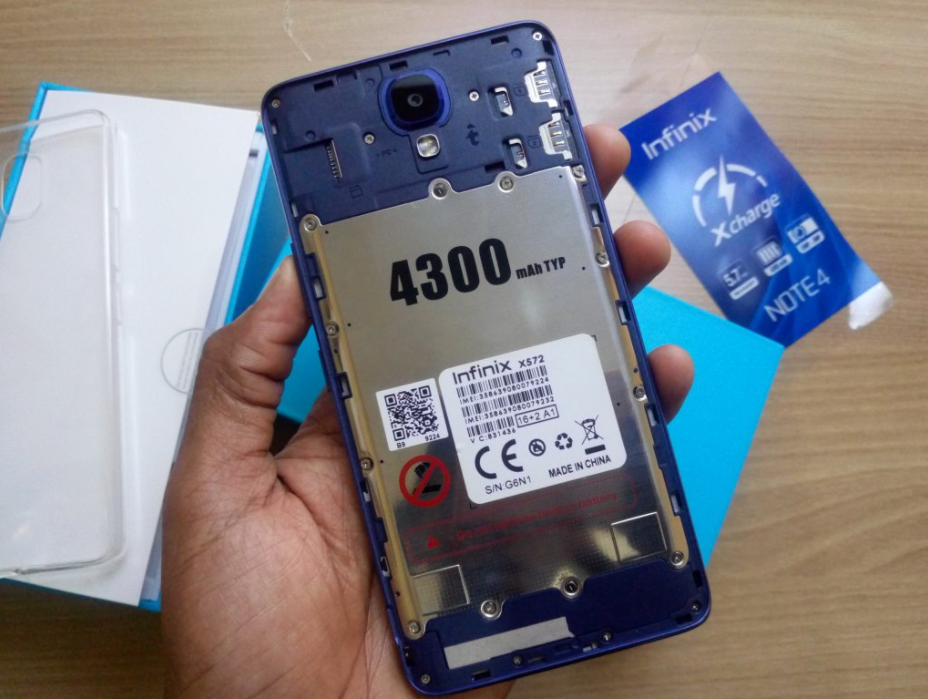 As can be seen from the image above, the battery of the Infinix Note 4 is not removable even though the back lid can be opened.

The Note 4 comes with some features that are designed to maximize the battery life of the device. These features include but not limited to standby intelligent power saving, XPower, and XOS based on Android Nougat which is said to have been optimized to deliver the best battery life.

That is not bad for a battery of that capacity. Clearly the XCharge technology is at work and doing what it was designed to do.

The Note 4 battery was subjected to heavy usage starting from when it was 100%. 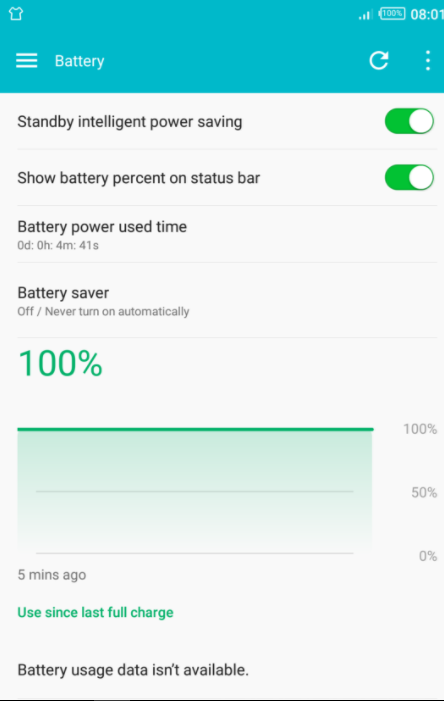 The test started around 8 am. During the test, the Wi-Fi (when available) or the data (3G) was always on and most apps were allowed to update in the background.

During the day, the display was on most of the time as the device was constantly being used. Either for playing graphic intense games like CSR Racing 2, surfing the web, watching YouTube and Instagram videos, making calls on 3G or for playing around on social media. 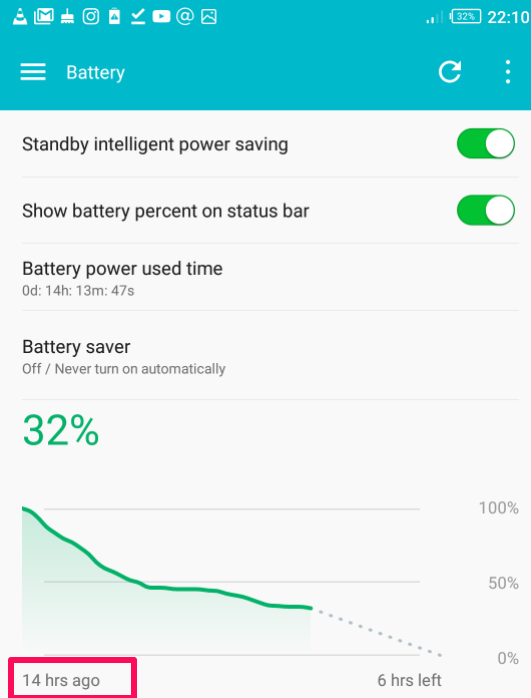 That is impressive given that most devices with similar or higher battery capacity (like the Infinix Note 3 with 4500 mAh battery) didn’t have that much remaining after being subjected to similar test.

Technically, it means that the battery of the Infinix Note 4 will be able to last you the whole day in most cases when fully charged.

The device was used for a little longer and was put to sleep mode. 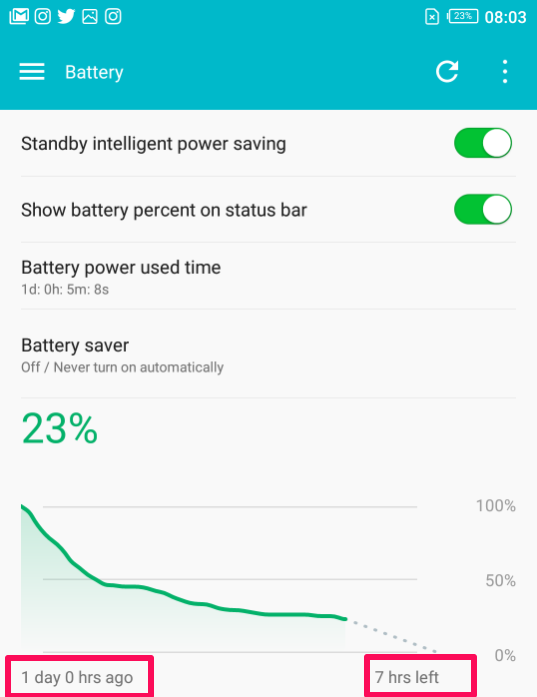 The battery estimator was showing 7 hours left. This wasn’t far from being accurate as the device still had 8% of battery left at about 2 pm the second day and finally shut down after two hours when the battery went down to 0% at about 4 pm. 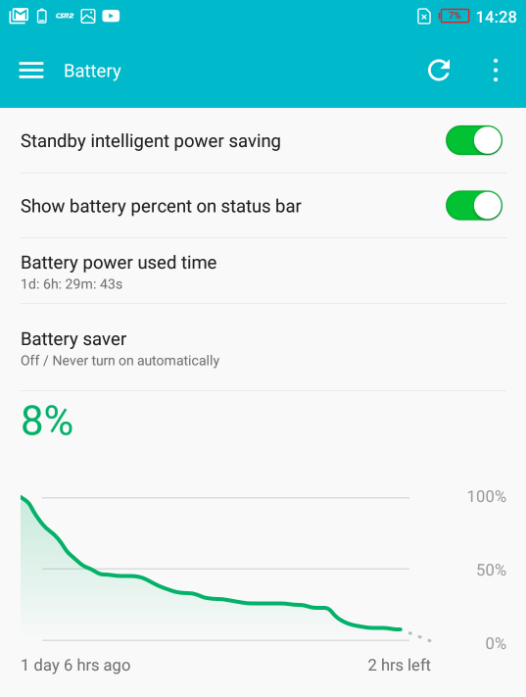 Note: the device was constantly being used during that period.

In conclusion, it can be said that the Note 4 battery lasted for about 1 day 8 hours under heavy usage. That is short of the 1.5 days (1 day 12 hours) that was said on paper, but it was close.

Overall, the Infinix Note 4 battery did well and will go well for anybody that wants a device with long lasting battery as it will take up to 24 hours before needing to refill the battery tank.