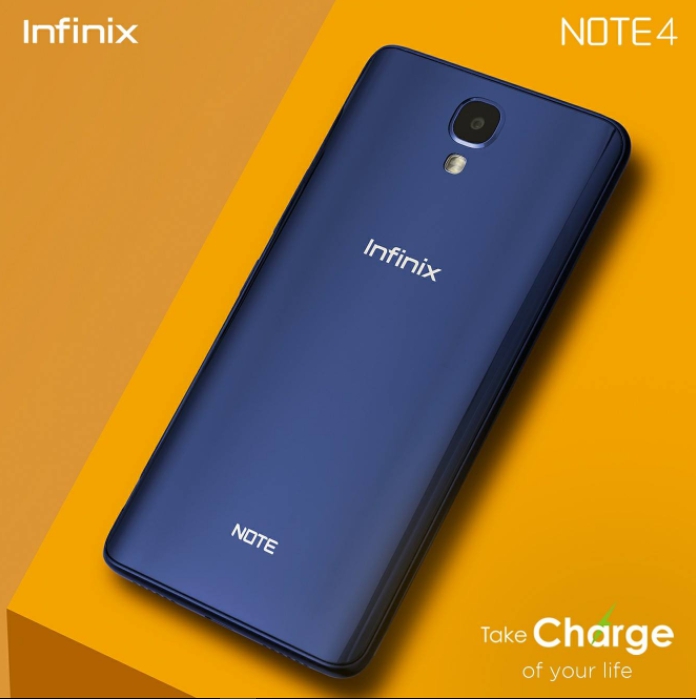 The newly launched Infinix Note 4 has been described as “a mixture of happy and sad” by a Kenyan magazine known as myNetwork. 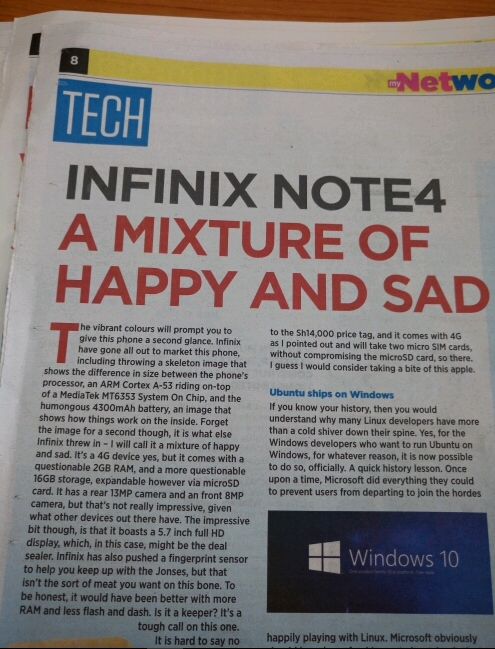 Here is what the magazine had to say about the Infinix Note 4:

The vibrant colours will prompt you to give this phone a second glace. Infinix have gone all out to market this phone including throwing a skeleton image that shows the difference in size between the phone’s processor, an ARM Cortex A-53 riding on-top of a MediaTek MT6353 System On Chip, and the humongous 4300mAh battery, an image that shows how things work on the inside. Forget the image for a second though, it is what else Infinix threw in – I will call it a mixture of happy and sad. It’s a 4G device yes, but it comes with a questionable 2GB RAM, and a more questionable 16GB storage, expandable however via microSD card. It has a rear 13MP camera and a front 8MP camera, but that’s not really impressive, given what other devices out there have. The impressive bit though, is that it boasts a 5.7 inch full HD display, which, in this case, might be the deal sealer. Infinix has also pushed a fingerprint sensor to help you keep up with the Jonses, but that isn’t the sort of meat you want on this bone. To be honest, it would have been better with more RAM and less flash and dash. Is it a keeper? It’s a tough call on this one. It is hard to say no to the Sh14,000 [USD 135 or NGN 42,500] price tag, and it comes wit 4G as I pointed out and will take two micro SIM cards, without compromising the microSD card, so there, I guess I would consider taking a bite of this apple.

I guess the fans expected more. But to be fair to the device, it price tag is quite reasonable compared to its predecessor and other devices with similar price tag.

Over to you, how would you describe the device?