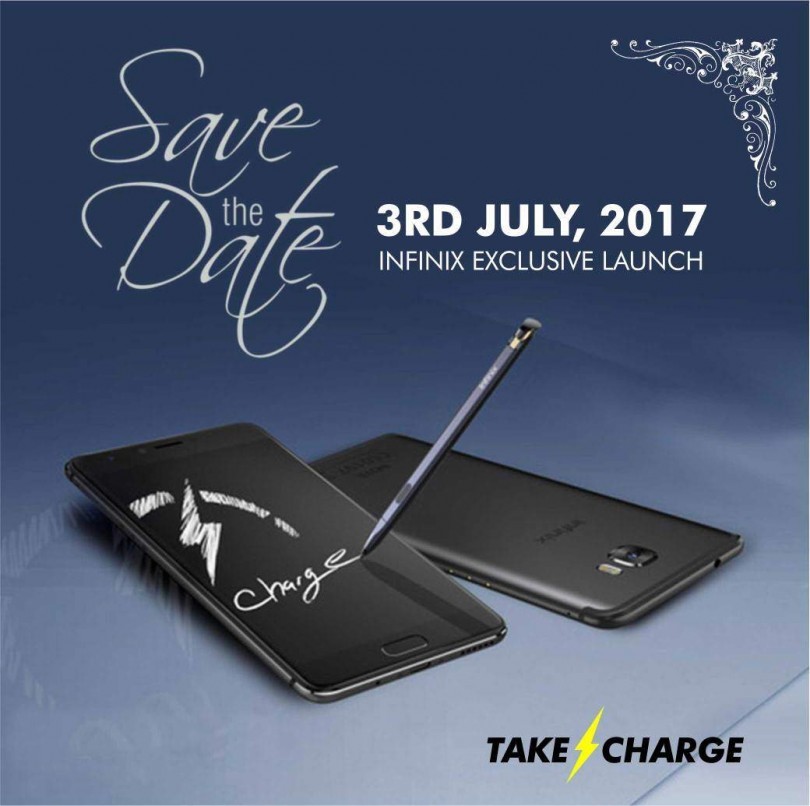 Infinix Note 4 is set to launch on 3rd of July and it has been confirmed that it is coming with a stylus pen. Pre-orders for the device has also started and you can get a 3D speaker or DNC Noise Cancelling earpiece if you pre-order the device. 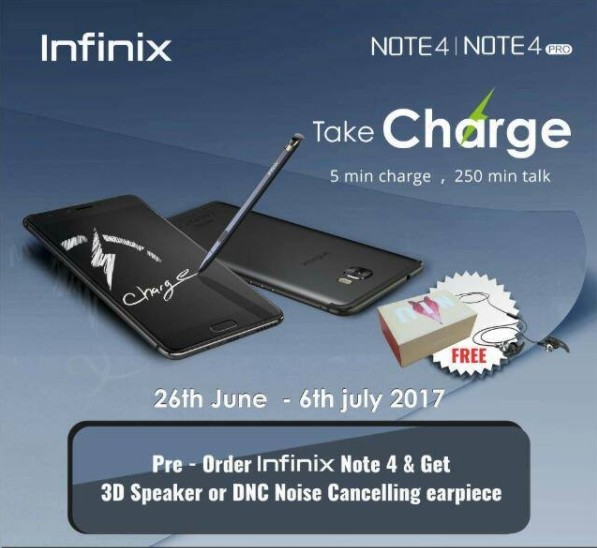 If you have been following Infinix closely, you may have noticed that they are gearing up to launch a new smartphone, and it is the Infinix Note 4 which will be the successor of their last year’s Infinix Note 3.

This year, the Note is coming early than the previous versions which normally debut in the last quarter of the year.

It has also been confirmed that there would be a pro version of the device known as the Infinix Note 4 Pro.

So far, the main talking point of the Note 4 is the stylus pen which many has said will be known as the X-Pen.

The Infinix Note 4 stylus pen, otherwise known as X-Pen is a high-quality smart pen that enables you to capture and save a digital version of your notes and drawings.

According to the information we have, you can use it to directly write notes on your mobile devices without the need to purchase a special notepad.

You can also use any notebook or paper with the smart pen because it uses a small receiver to scan whatever you are jotting down as you write.

From the leaked specs, there doesn’t seem to be much difference between the Note 4 and its predecessor: the Infinix Note 3 in terms of specs. But like we said, the full details of the device is yet to be available.

You stand a chance to get an invitation to the exclusive launch of the Infinix Note 4 by filling the Infinix Exclusive Launch Invite form here.

Stay tuned for more details on the device.