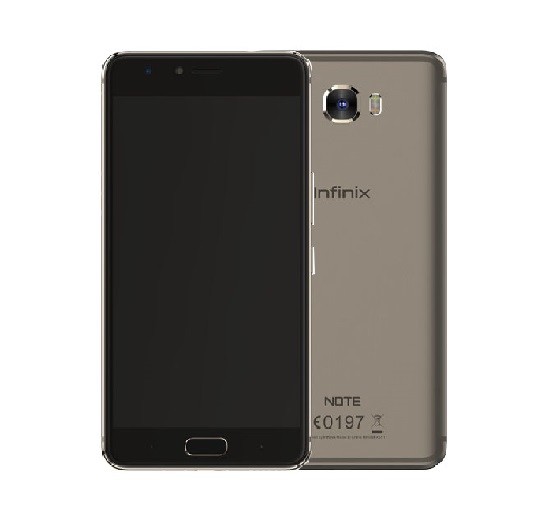 With the Infinix Note 3 emerging as the most searched Smartphone in Nigeria 2016, Infinix will surely want to follow suit with the Note 4 device and no doubts they did their best on that. Infinix Note 4 X572  has been launched and with a stylus pen (X-pen) for only the Infinix Note 4 Pro, a never-seen before feature in the Infinix line of production.

Infinix Note 4 saw its fingerprint sensor in the front bezel, embedded in what should be a home button. Another new feature the Note 4 came with is the XCharge feature, an ‘enhanced’ fast charge technology. Before we go into detailed features of the device, let’s quickly glance through the specs of the Infinix Note 4.

The Note 4 will run on Android 7.0 (Nougat) out of the box with handful of groundbreaking features that the XOS from Infinix has to offer. You should expect nothing but a sleek and improved user interface, regular OS update is also one of the goodies the Note 4 users will enjoy on the long run.

Infinix Note 4 features a 5.7-inch display, unlike its predecessor which had 6.0. The pro version (Infinix Note 4 Pro) will reportedly feature a bezel-less display, just like what we have seen in recent Samsung and Xiaomi phones.

The display resolution is set at 1920 by 1080 pixels leaving us with a clear full HD screen with 2.5D curved glass.

The device is equipped with a MediaTek MT6753 chipset, an Octa-core processor clocking at 1.3GHz and 2GB RAM, coupled with 16GB worth of internal storage space, you would expect the Note 4 to deliver nothing but a moderate performance and a fairly good gaming experience.

The Note 4 hosts a 13MP back camera with dual LED flash while on the front, you have 8MP camera. This is just the same as what the Note 3 offered. Nothing new in the camera department.

Infinix Note 4 is coming with a 4300mAh battery which is 200mAh less than it predecessor: the Infinix Note 3, but it is claimed to withstand longer usage than the Note 3 and can charge up to 45% in 30 minutes, thanks to a new feature in the device called XCharge.

With the help of XPower feature, the Infinix Note 4 can reach a standby time of 2 days for normal usage and 1.5 days for heavy usage. The new Note is also claimed to give you two hours of phone call or six hours of offline music listening with just 5 minutes charge.

Infinix Note 4 price in Ghana, Egypt, Cameroon, Pakistan and other countries will be certified when the device is subsequently available in these region.

Where to Buy Infinix Note 4 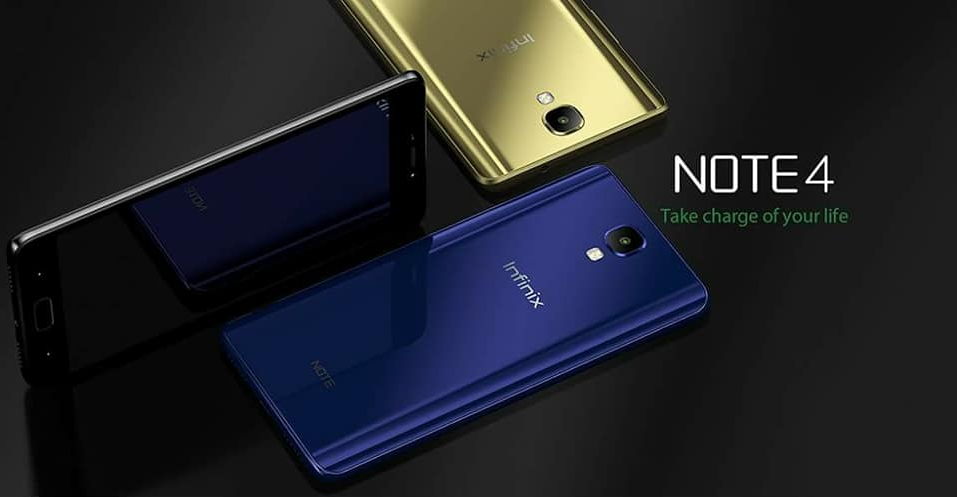 Infinix Note 4 commands elegance with its designs but the specs are really not the game changer type as we all expected it to be.

As you might already know, there will be two variants; Note 4 and Note 4 Pro. However, the Note 4 Pro variant will carry a steep price than its counterpart, as it comes with more advanced features.

When considering affordable phones with large displays, Infinix Note 3 is another phone to consider. It offer a good display quality and big battery as well.

InnJoo Max 4 Pro should also be consider if big battery, bigger RAM and bigger internal storage space are the major things you look out for in a smartphone.