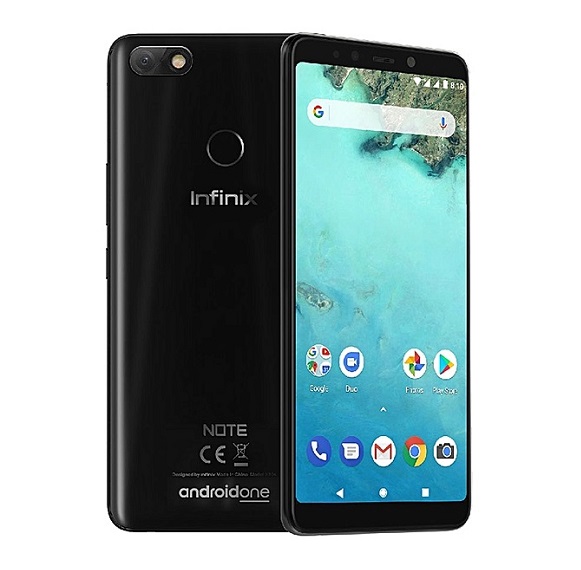 Infinix Note 5 Pro -which can also be addressed as the Infinix Note 5 Stylus– is the more enhanced version of the Note 5 smartphone from Infinix Mobility. The two phones were announced with Android One OS at the launching event that took place in Dubai.

The Note 5 Pro saw a major improvement in terms of design. It now hides its x-pen inside the body, something like what we see on the Samsung Galaxy Note8. It also has that clicking mechanism that helps pop out the x-pen. More details on that below, let’s quickly look at the key features of this device before diving into more details. 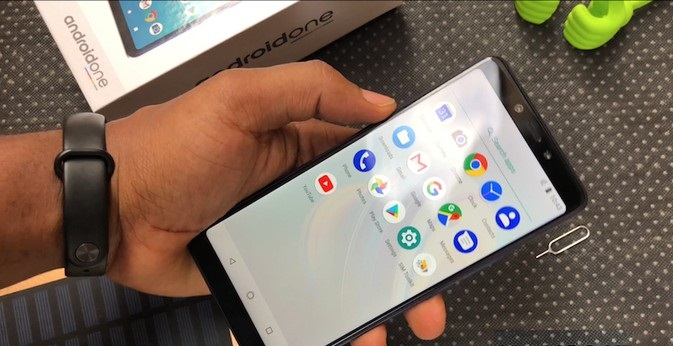 The Infinix Note 5 Pro has a display size of 6.0 inches with Full HD+ resolution of 2160 pixels by 1080 pixels, leaving it’s PPI (pixels per-square inch) at 403 pixels. The 18:9 screen aspect ratio is also on board just the same as it is on the basic version.

The front side of the device crams a 16 megapixels selfie lens that has a LED flash on standby for quality photography. At the back, you’ll find a smaller 12 megapixels camera with a ring flash positioned at the top left corner on the back of the Note 5 Pro.

Infinix Note 5 Pro (Stylus) adopts the latest Android 8.1 Oreo based on Android One program with no XOS or XUI customization. Android One OS is touted to bring the latest AI powered innovations and security protections to smartphones. The device is expected to have Face ID unlock when it is available for public sale or it will be pushed to phone via OTA update. 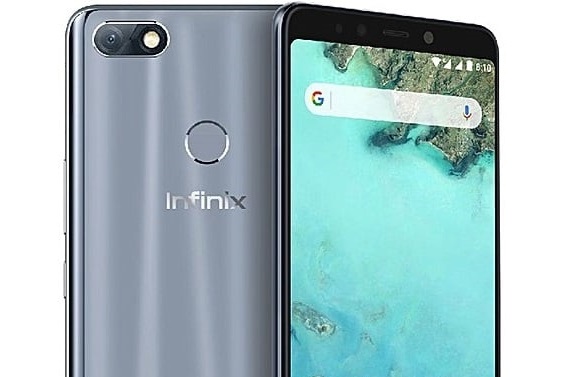 An ample 4GB RAM and 64GB ROM is what you’ll get inside in terms of memory, remember the the basic version has 3GB RAM and 32GB ROM which is also admirable. There’s a micro SD card slot that can accommodate up to 128GB just in case more storage space is required.

Infinix Note 5 Pro is powered by an Octa-core 2.0 GHz with Helio P23 chipset and Mali G71 MP2 on board, typically the same with it’s junior counterpart. For comparison, Infinix Note 4 Pro came with Mediatek chipset and Octa-core 1.3 GHz processor. 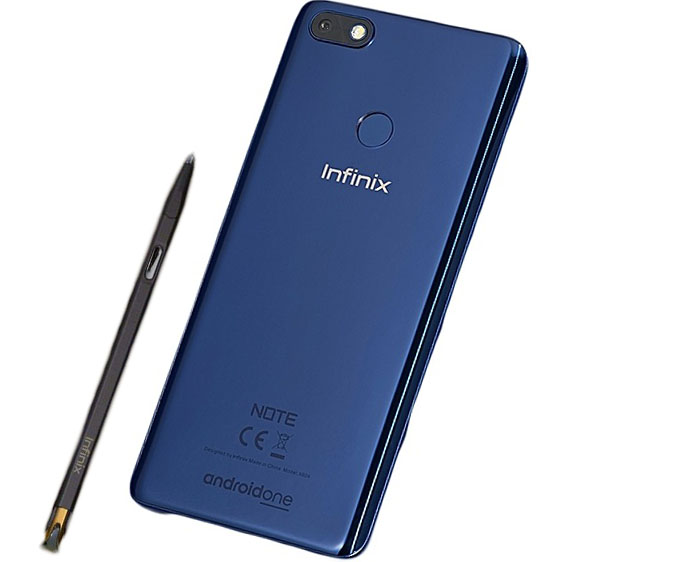 Coming to the Stylus pen (X-pen) thingy, what Infinix did on the Note 5 Pro is quite commendable though not genuine. The X-pen on the Note 4 Pro was a bit daunting as you’ll always have to carry the phone with it’s pouch in order to accommodate the ‘pen’ but that’s not the case with Note 5 Stylus. It now hides it’s X-pen some where at the bottom border just like the Galaxy Note 8.

When the screen is off, pulling out the X-Pen launches an off-screen writing pad that you can scribble some notes, you can also use the stylus to navigate through the phone and you also get some stylus shortcuts to complement its existence. 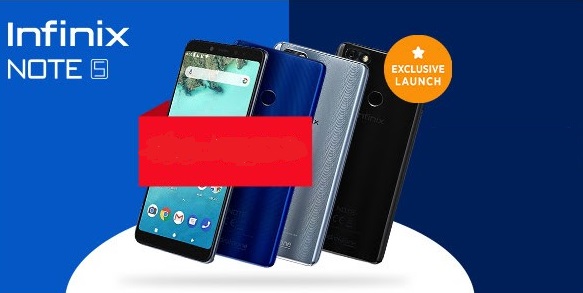 Infinix Note 5 Pro has a trendy metal back finish as far as body build is concerned (not glossy like the Note 5), the 18:9 screen aspect ratio saw the fingerprint scanner move to the back as there is not enough room for it in the front side. There are three stylish color options; Milan Black, Berlin Gray and Ice Blue colors.

In the power house of the Note 5 Pro (stylus) lies a 4,500 mAh battery that comes with a quick charge technology to give you more battery juice is lesser charge time. The battery is advertised to keep the device up and running for up 3 days. The phone has 4G network option with dual micro SIM capability.

The AndroidOne smartphone is expected to hit the shelves and online stores in early or mid July as the case may be, no exact date was announced for the device. Infinix Note 5 Pro (Stylus) price is around N85,000 to N90,000 naira in Nigeria and KES 24,599 in Kenya (240 USD). Prices may vary depending on your region.

Where to buy the Note 5 Stylus

The Note 5 Pro (Stylus) might appear too pricey, right? then consider the basic version – Infinix Note 5. Other great devices from Infinix includes the Note 4, there flagship device; Infinix Zero 5. They also have a good line up of mid-range smartphones which includes the likes of Infinix Hot 5, Infinix Hot 6 Pro with dual camera and Infinix Hot S3.

Away from Infinix, Oppo Realme 1 is a nice smartphone in that category, Tecno Pouvoir 2 and Tecno Camon X Pro are also great with moderate price tags.