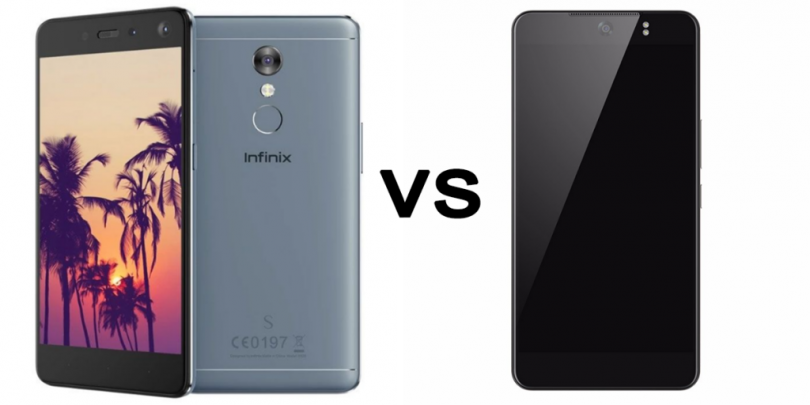 That is a tough choice to make, isn’t it?

Infinix S2 Pro is the latest smartphone from Infinix and the same goes for Camon CX and Tecno.

And given the success of Camon C9, the CX (C10) is already gaining popularity.

S2 Pro is also gaining ground as well since its launch in Kenya, and many Infinix fans here in Nigeria can’t wait to lay their hands on the phone.

Both phones have their unique selling points.

For Infinix S2 Pro, it is the dual front camera which Infinix claims to make the phone the first “Wefie smartphone“.

For the Tecno Camon CX, it is also the front camera and the display.

Tecno Camon CX does not feature a dual front camera, but instead, it came with a massive 16 MP front camera. Technically, the front camera is also as good as the back camera which also has 16 MP.

It should note that both phones are coming from camera-focused phone series for both brands. Infinix S series are camera focused devices, same goes for Tecno Camon series. So you can know why the battle in on camera.

Anther advantage of the Tecno Camon CX over the Infinix S2 Pro is display.

Both devices also have their weak points.

For me personally, the Android 6.0 Marshmallow for Infinix S2 Pro is a bit of a let down, though we learnt that this is upgradable to Android 7.0 Nougat.

And for the Camon, 2 GB + 16 GB is not so wonderful for a device of that caliber, even though that storage combination is expected to deliver a very good performance.

Both devices are great and reasonably priced, the choice between the two comes down to a matter of preference and maybe, brand loyalty.

Check out the full specs comparison of both devices in the table below.