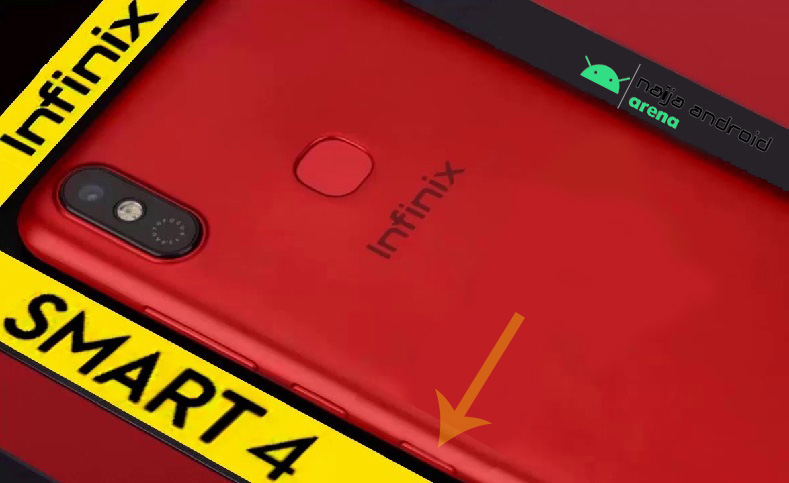 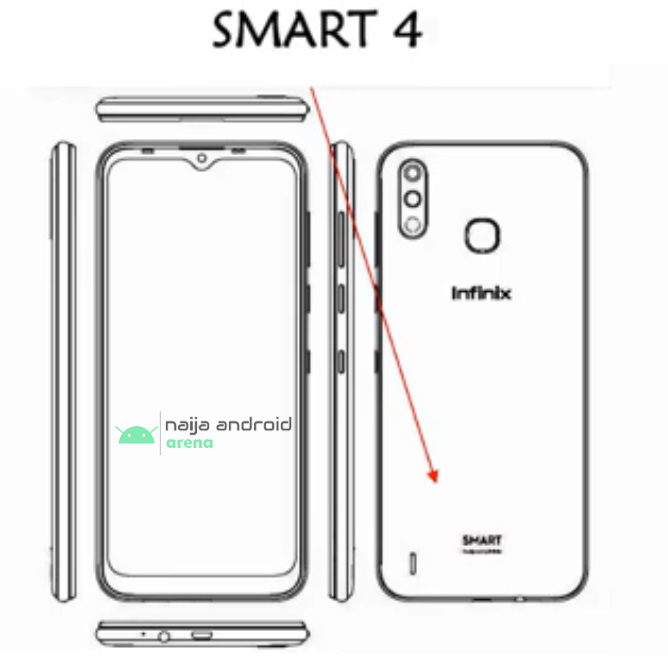 At the front, the notch display design type has been adopted for the upcoming Infinix Smart 4 with provision for a front LED flash by the left side.

From the leaked design image, the Smart 4 will come with a dual rear camera setup with and one camera at the front. There will probably be a Smart 4 Plus version that will feature 3 or 4 rear cameras at the back like we saw on Infinix Smart 3 Plus.

Regarding the internals, no much information has been seen but we expect to see a 2GB RAM and 3GB RAM versions coupled with 16 and 32GB ROM respectively. The battery is expected to get a bump from 3000 mAh capacity we saw on the Smart 3 device to 3500 mAh at least. it will feature a 6.2 inches display with HD+ resolution.

We will keep you informed as soon as we get more information regarding the upcoming Infinix Smart 4 but first, let us know what you think of the Smart 4?