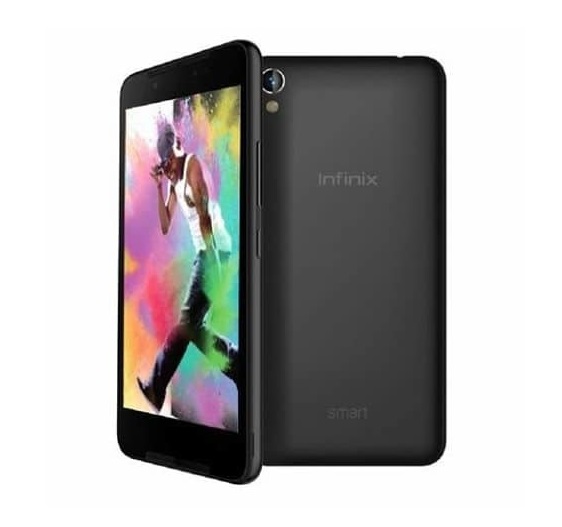 Main selling points of the Infinix X5010 includes, Android 7.0 Nougat operating system with XOS, good and sufficient battery capacity and a very budget-friendly price tag but are these its only goodies?

This Android-powered device is one of the few entry-level smartphones that runs Android 7.0 Nougat. This is an advantage the device has over other devices in that category. Users can now get a test of the Android Nougat without breaking the bank.

On top the Android Nougat is XOS 2.2 Chameleon – the exclusive Infinix user interface which is said to improve overall user experience.

Infinix Smart (also known as Infinix X5010) is a 5-inch device. The device feature high-definition display with a screen resolution of 1280 x 720 pixels. For a low priced 5-inch device, that is an impressive display.

The 8MP back camera and the 2MP front camera are not bad as well. Though nothing special, but they are good enough for regular selfies and day-to-day picture taking.

The new Infinix Smart is powered by MTK MT6580 chipset. The MT6580 chipset has quad-core processor and a processor speed of 1.3GHz. The chipset is based on ARM Cortex-A7 architecture and it features Mali-400 MP GPU.

The processor of the Smartphone is coupled with 1GB RAM and a 16GB internal storage. The storage capacity is expandable to up to 32GB with the help of a micro SD card.

The design on Infinix Smart is quite basic and nothing new in the low-end market, the device is dual SIM based with dual standby but has no 4G support. That not withstanding, 3060 mAh of inbuilt battery is very decent for a device of that calibre.

Here are the key specs of the Infinix Smart:

Infinix Smart is available in the market and the retail price starts from about NGN 26,000 (about 80 USD). You can get the device in any of the leading online stores in the country such as Jumia. Note: price of the device might vary based on your location.

When shopping for entry-level smartphones with decent specs, the new Itel P51 MaxPower is a good phone to consider. The device has almost the same specs as the Infinix Smart, except that it features a bigger 5.5-inch display and sports a massive 5000 mAh battery.

A bit outdated but the Tecno W3 is still a good contender in this smartphone category. The device is 5-inch smartphone just like the Infinix Smart, but with a lesser display pixels and it comes with Android 6.0 out of the box.