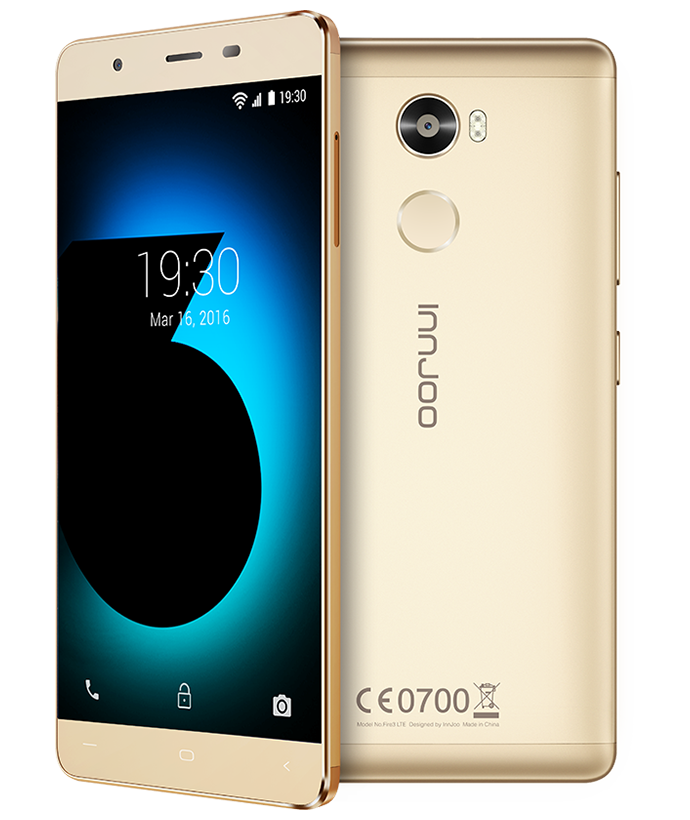 The InnJoo Fire 3 LTE is a smartphone from the Dubai-based phone maker- InnJoo. The phone boasts of a brilliant and beautiful body design in different suiting colors, also featuring 2.5D diamond cut glass in the front panel to protect its display from scratch. The device also supports 4G network option for faster web browsing and connectivity.

The InnJoo Fire 3 hosts a 5.5-inch HD IPS display with a 294 pixel density(PPI) and a resolution of 1280 x 720 pixels, this promises a fine and clear display but certainly not the best. The Fire 3 LTE runs on Android operating system with the factory’s Android 6.0 Marshmallow on top, it is powered by a quad-core processor working with a MediaTek chipset to ensure a lag-free performance.

The device works fine with 2GB of RAM, there is an expandable 16GB of built-in storage, there’s no dedicated slot for the micro SD which means you’ll have to give up one SIM card slot in order to use an SD card on the device. Just like the Max 3 device, the Innjoo Fire 3 LTE comes with a fingerprint sensor mounted at the back panel of the device just below the camera and LED flash, Its Fire 3 AIR LTE counterpart doesn’t feature a fingerprint scanner.

On the camera side, the Innjoo Fire 3 sports a 13-megapixel rear camera with f/2.0 aperture, autofocus, 4P lens and a single LED flashlight. The front panel is graced with a 5-megapixel selfie camera for your selfie shots, there is no LED flash available for the front camera.

Connectivity options available in this device includes GPS, Wi-Fi, Bluetooth, 2G, 3G, 4G LTE, and USB port. Under the hood, the Fire 3 LTE packs a 3,000mAh battery which capable of keeping the lights on for quite a long period of time.

The InnJoo Fire 3 is yet to be available for purchase both in online and offline market but the price is expected to be around NGN45,000 to NGN55,000 in Nigeria which is about 200 USD.