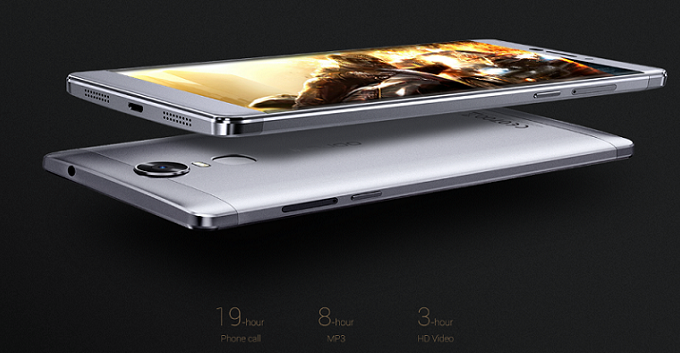 Last quarter of the is usually the time most smartphone brands are expected to release more smartphones to keep the smartphone market bustling through the festive periods, most companies do reserve the best for the last and it appears the Dubai based manufacturer – Innjoo is one of them as it has announced a new 4G device which will stand to be one of its flagship devices.

The Innjoo smart phone in question is simply dubbed Innjoo Pro, the device is made of full metal unibody design with a screen measuring a total of 6.0 inches and has a display resolution of 720×1280 HD IPS, in as much as we thought the device will be in full HD. Innjoo Pro is powered by 1.0 GHz quad-core Mediatek MT6735P with 3GB RAM and 32GB of expandable storage.

Innjoo Pro has a 13.0 Megapixel rear camera with F2.2 aperture, 75°angle, Auto focus and 8 megapixel auto-focus front-facing camera. The Innjoo Pro has dual SIM support and comes with a rear Fingerprint sensor with an unlock time of 0.35s, the scanner provides for more secured and faster phone unlock for the device.

The Innjoo Pro is equipped with a 4000mAh battery which is generally not new in the low-end smartphone category but what is most intriguing is the fast charging feature of the Innjoo Pro, the maker claims the phone can last up to 1 hour of usage with just 10 minutes charge.

The Innjoo Pro is 4G LTE enabled, it boots the Android 6.0 Marshmallow OS out of the box. The dimensions are 160.2 by 82.4 by 8.9 mm and it weighs approximately 193 gramm. The Innjoo Pro is currently available in the Kingdom of Saudi Arabia in Gold, Rose Gold and Gray colors only at 555.00 SAR which shakes off about NGN62,000 in the Nigerian currency and Ksh14,985 Kenyan shillings ($148). Follow the links below to view Innjoo Phones price & availability in Nigeria, Kenya and Ghana.