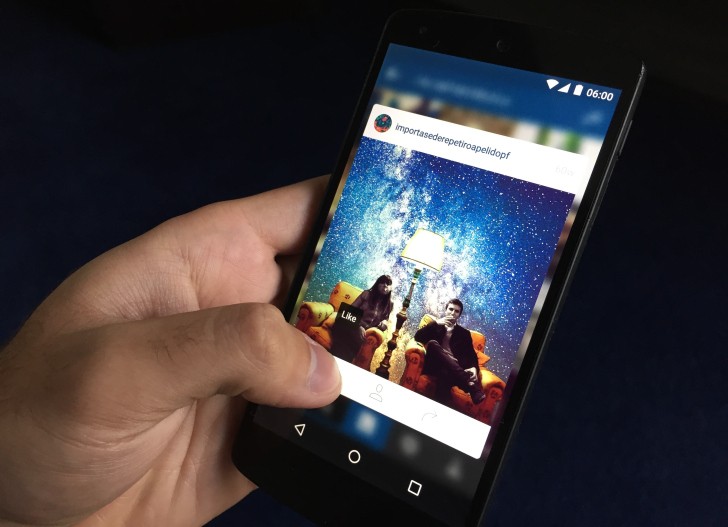 3D Touch is one of the big new features in the iPhone 6s and iPhone 6s Plus, as it allows the devices to know how hard you’re pressing on the screen. This has obviously led to many iOS apps now supporting the feature, bringing forth additional functionality when you strongly press on the display. Instagram is one of those apps, and from today it appears that it’s enabled something very similar in its Android version.

Although Instagram 7.13.0 doesn’t yet seem to be out in the Google Play Store, you can grab it in APK form if you visit the Source link below. Because there’s no official announcement on the matter, keep in mind that it might be a test version for the new feature.

This iteration of Facebook’s photo-centric app essentially lets you long press on an image thumbnail (like the ones you get when you perform a search) in order to zoom in on it. If you then drag your finger away from the center of the image it shrinks back to thumbnail size, and if you slide your finger to one of the buttons under the picture you can share or like without ever lifting it. When you hover over one of the buttons you even get some haptic feedback.

Sure, in the Android version it doesn’t really matter how hard you press on the screen, what’s important is that you press long enough for this to work. So it’s not 3D Touch per se, but it’s pretty close.