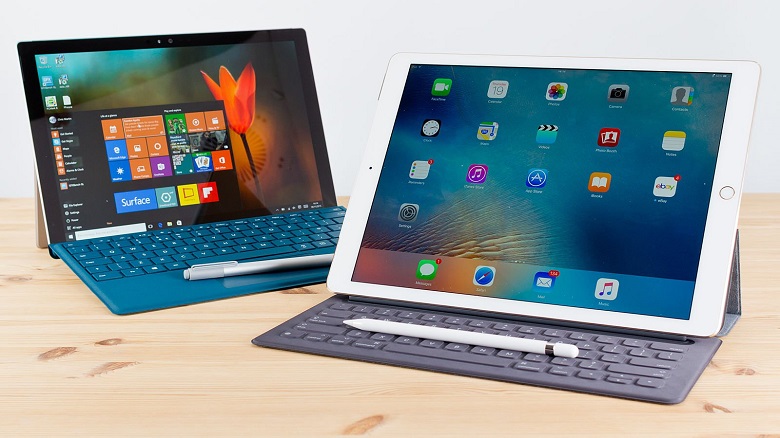 The popularity of hybrid tablets has fluctuated, but sales are expected to increase in the next two years, with hybrids likely leading the market. But do hybrids really claim the best of both worlds, or are they merely half of each? With more technology being released each year – like phones that can fold in half – it’s important to know the distinctions between the three most popular Android devices.

Laptops were among the first innovations in computer technology, debuting in the 1980’s as ‘Portable Personal Computers’. They were remarkable for their technological feats and ease of portability, allowing people to browse the internet on the go for the first time. Android laptops today are still a staple of sorts. Laptops have certain functionality perks that make them superior to tablets and hybrids. Their larger designs allow for more hardware and storage space and in turn tends to give them superior performance for essential activities like surfing the web and downloading content.

Laptops began as portable versions of computers, and it’s still a relevant term. Your phone may have internet connectivity, of course, but it’s processing power is nowhere near most laptops, with current phones generally being as strong as laptops of five years ago. All in all, laptops are your choice for reliable performance and storage space.

Tablets came along as a more portable version of laptops without keyboards. They’re too small to be laptops (and are missing a physical keyboard) and are too big to be smartphones. Because of their popularity, it’s important to know all about tablets. Their niche is compatibility and ease of access, and they’re a go-to for people who prefer portability and solid performance on the go. They won’t beat any fellow Android laptops in a comparison of their specs, but they’re not designed to.

Their functionality lies in having a convenient touchscreen computer that’s lightweight and accessible and can fit into a purse. They’re perfect for reading books and articles or when you have no need for a keyboard, though a digital one is available.

Hybrids: Best of Both Worlds?

Hybrids are finally catching up to laptops and tablets. At the beginning of their lifetime, hybrids were awful options. They seemed to be struggling between deciding whether to be a laptop or a tablet. Some were bulkier with more hardware to rival computers but lost their ease of access in doing so, while others were too slim and under-powered to be useful. Now, however, hybrids have finally found their home in between. Hybrids are computers that serve as both tablets and laptops. Some come with detachable keyboards, while others sport convertible ones, rotating a full 360 degrees to hide behind the screen. College students tend to love Android hybrids like the Lenovo Yoga based on their specific functionality – they’re superb at note taking and basic performance requirements. They have all the functionality of laptops and tablets both, being able to run any programs that the others can.

All in all, each type of Android technology has its own pros and cons. Laptops are for the more business-oriented or gaming customers, offering the highest processing power and performance of the three options. Tablets are for far more casual consumers, offering limited abilities but granting ease of access, portability, and simplicity. Hybrids are somewhere in between, existing for those who still want a laptop’s functionality but don’t want to sacrifice a tablet’s portability or fun. Each has their own specific functions, but which is for you?