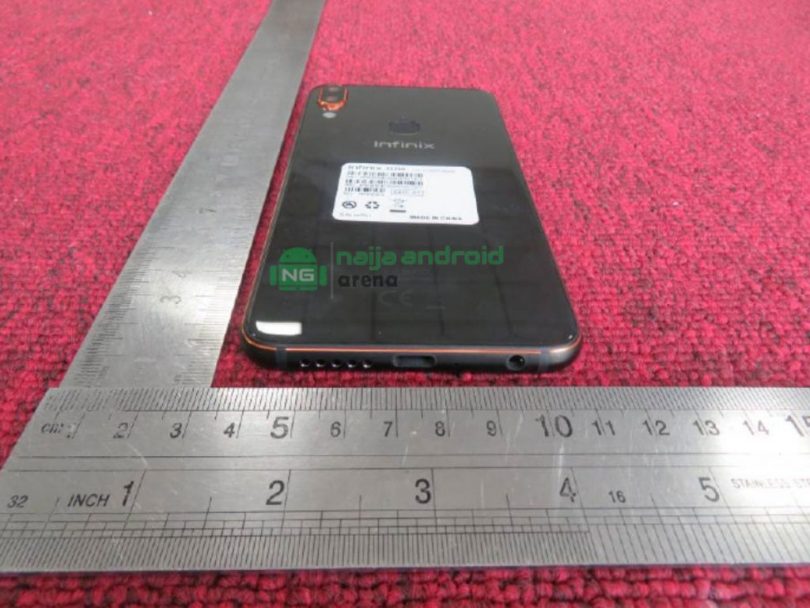 A new upcoming Infinix phone was spotted on the FCC website and if Infinix are to follow their tradition of launching phones in the previous years, this is likely going to be Infinix Zero 6 given that Infinix Note 5 and Note 5 Pro have already been launched.

This is not clear though as the phone was dubbed Infinix X620B on the FCC website but all information points to it being the Zero 6. 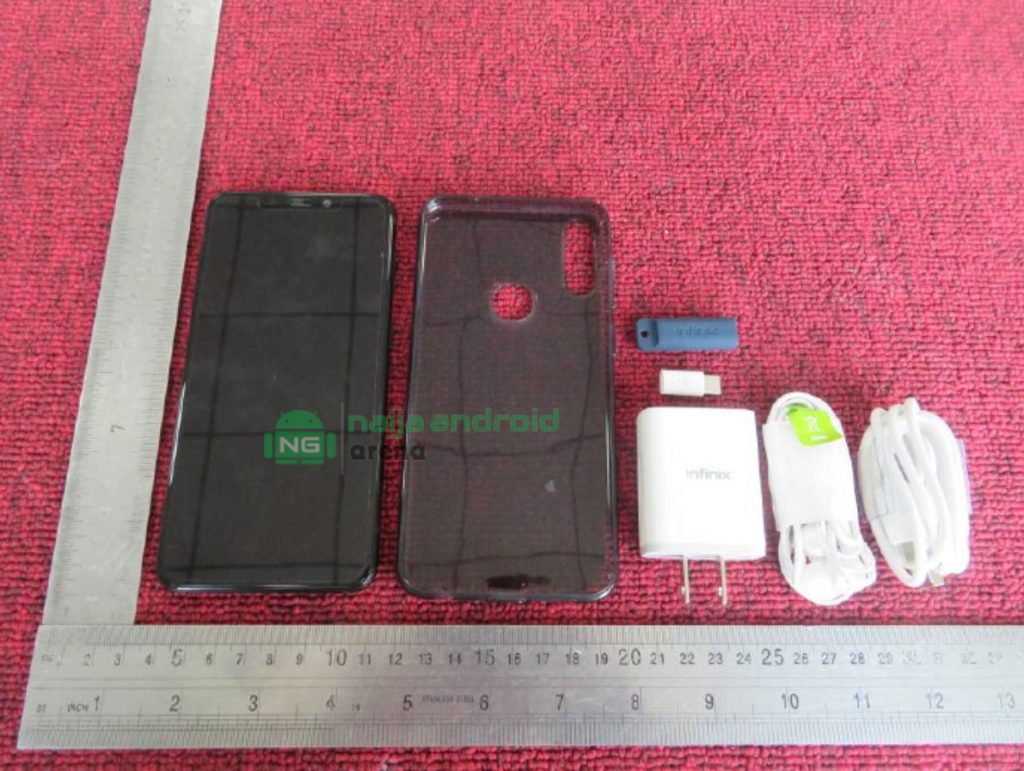 The image above (as spotted on the FCC website) shows what will be included in the phone’s packaging. This include a protective case, charger, USB cable, earphone, SIM-ejector tool and what looks like a USB Type-C to micro-USB adapter.

From the picture, it is clear that the device will feature the trending notched display and judging by the compactness of the phone, the display is likely going to feature 18:9 aspect ratio. 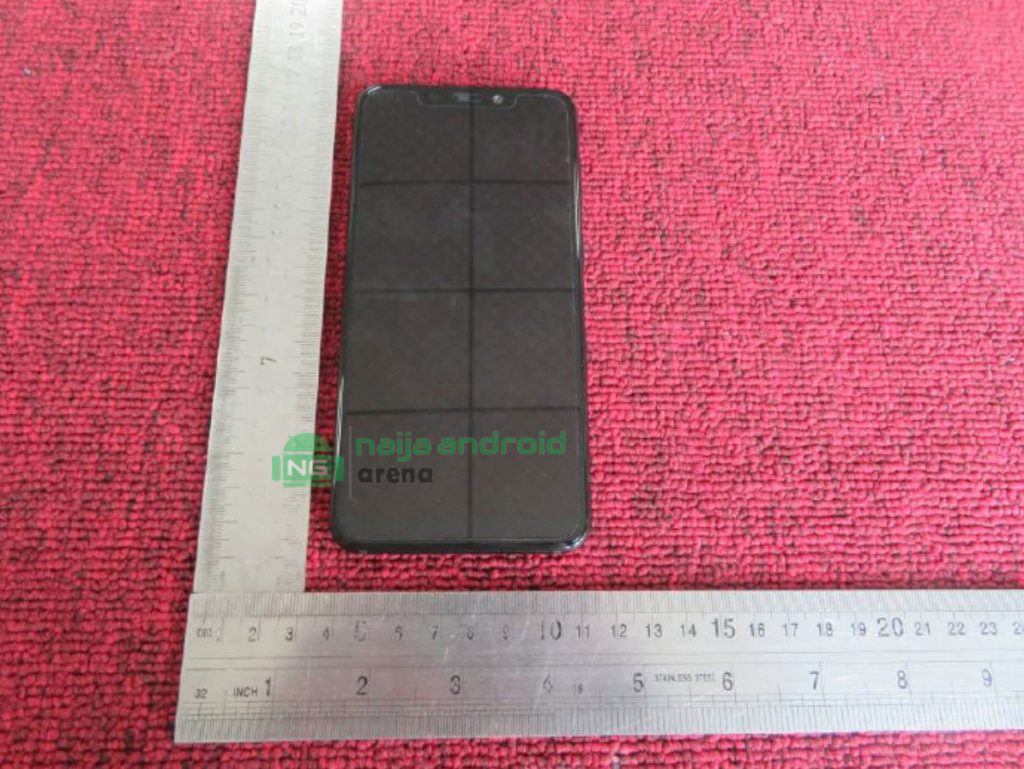 The back view of the smartphone shows the rear-mounted fingerprint scanner and an iPhone X-like vertical dual camera with the LED flash right below it. 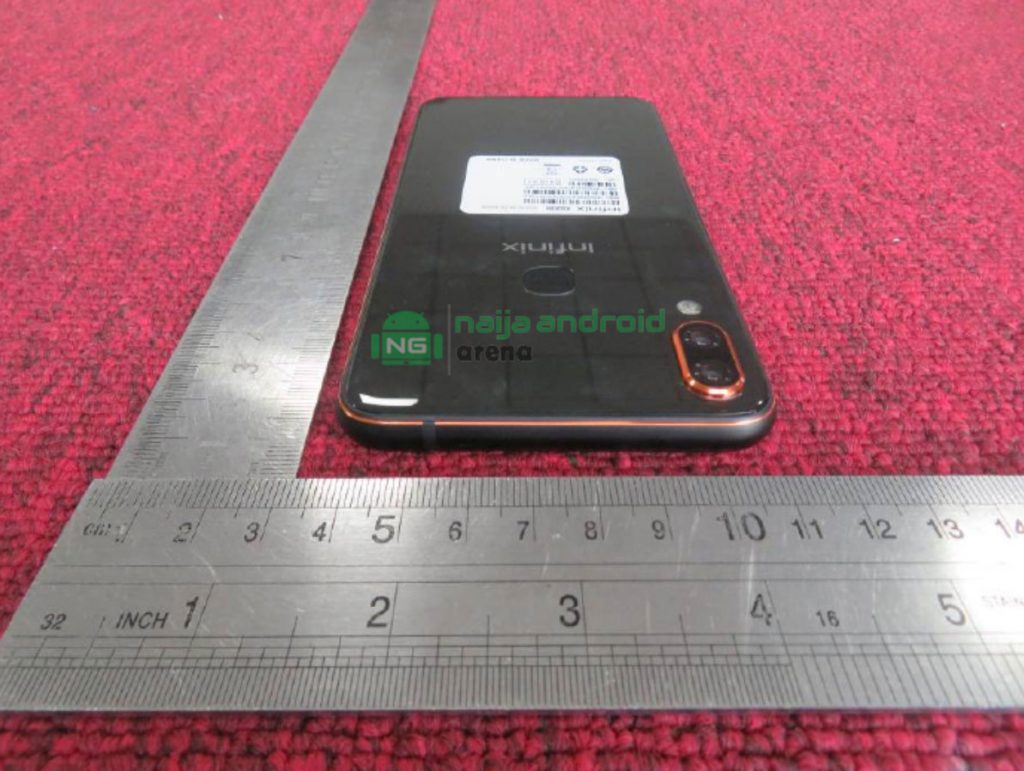 The camera sports a brownish trim around it that looks like it is made of wood.

Another view of the smartphone shows the loud speaker, charging port and the 3.5mm audio port at the bottom side of the phone. 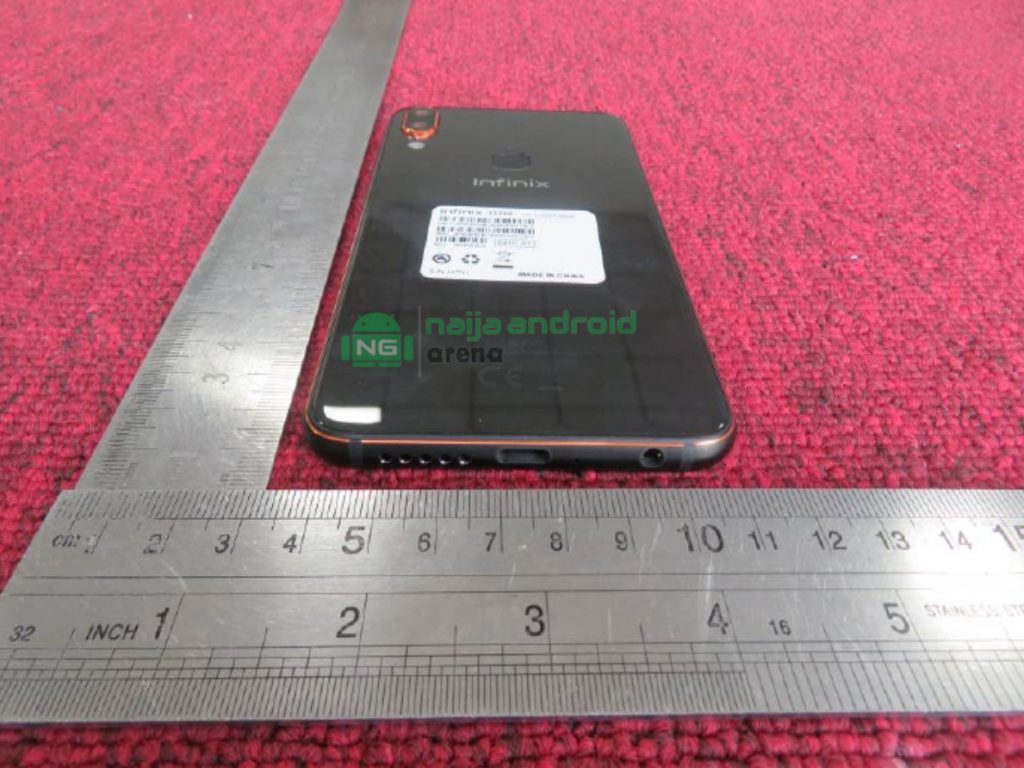 The phone will likely sport a 3,570mAh battery as can be seen from the pictures below. 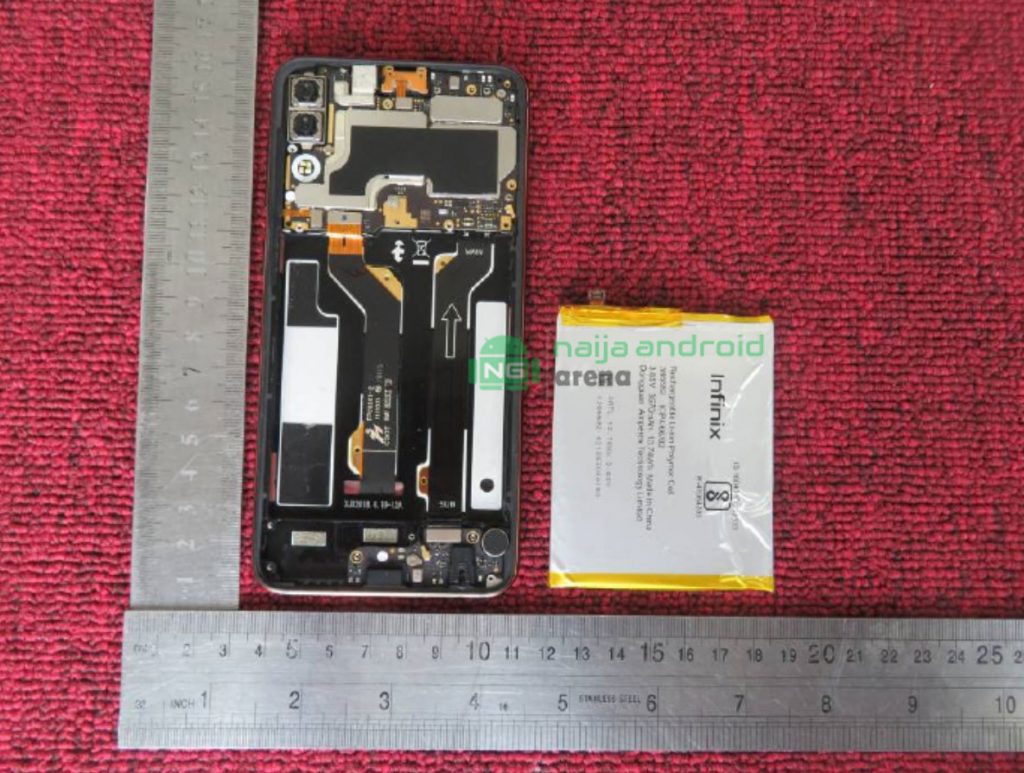 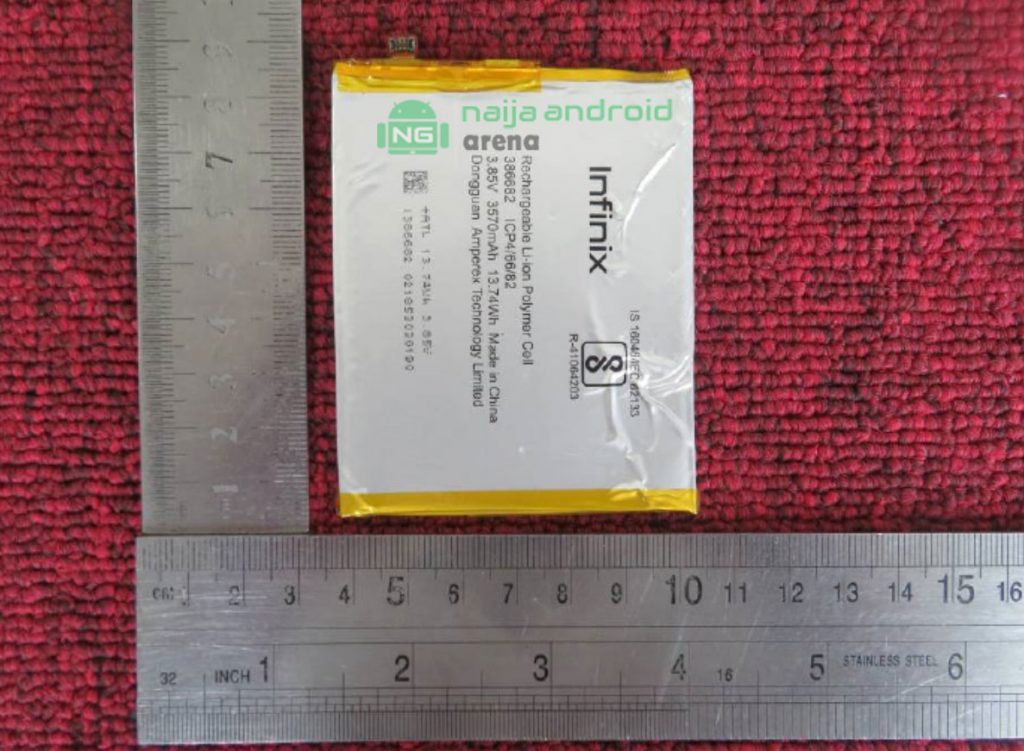 Here is a labeled picture of all the physical parts of the Infinix X620B smartphone: 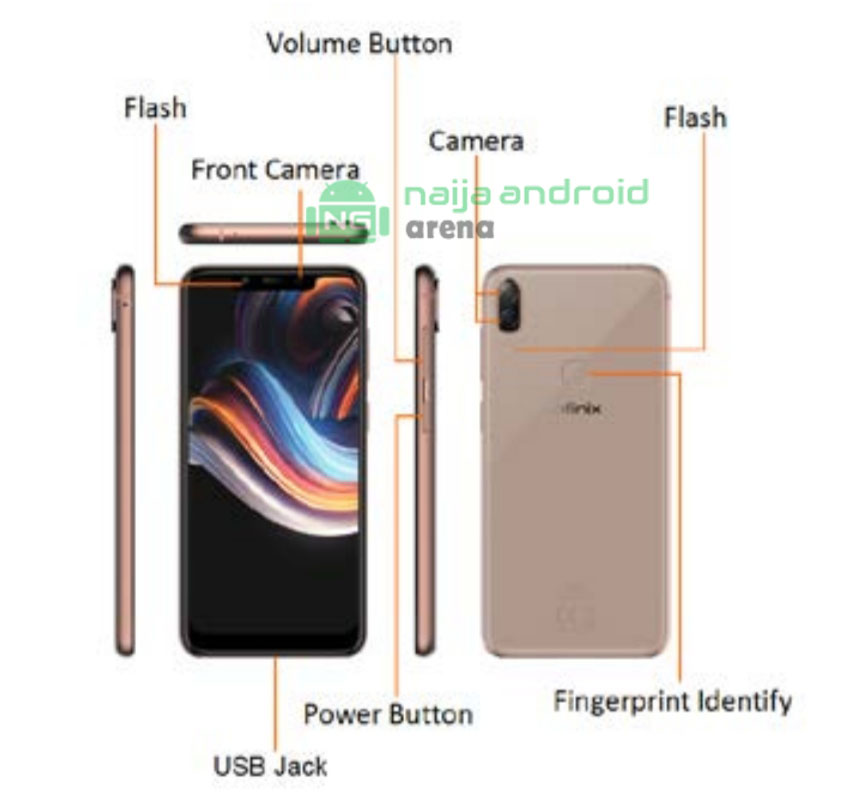 Unfortunately the information on the FCC website doesn’t reveal the specifications of the device but the same model of Infinix phone was spotted on the Geekbench website some weeks back.

The information from Geekbench website revealed that the smartphone will feature an Octa-core Qualcomm Snapdragon 660 chipsetct clocking at the a speed of 1.61GHz. The processor will be coupled with a massive 6GB RAM and the device will run Android 8.1 Oreo out of the box according to the information on the Geekbench website.

The smartphone scored 1,456 in the single-core benchmark test whereas it scored 5,687 in the multi-core test.

As at this time, Infinix is yet to make any official statement regarding the Infinix X620B or the Infinix Zero 6 but we expect to see the Zero 6 Q4 of this year. We will keep you posted as we gather more information regarding the device so stay tuned.