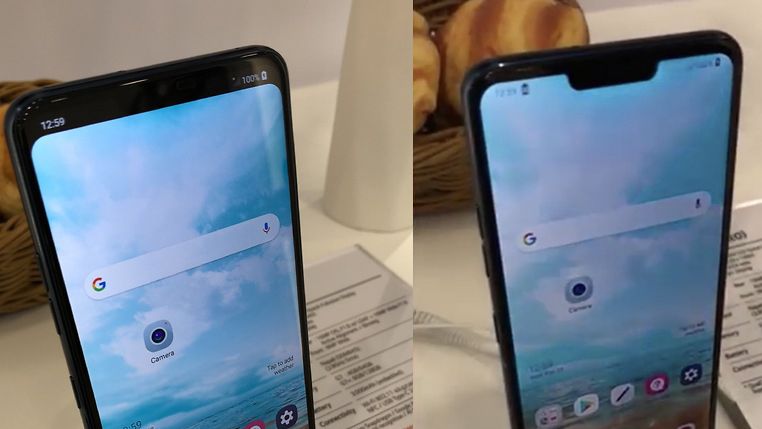 The upcoming LG G7 will feature a top notch on the screen, just like the recent iPhone Xs that are on the market. What you were not expecting though is a special trick that can make the notch disappear.

LG has taken time out to make sure the top notch on the screen can be made to disappear or stay as the user sees fit. A previously leaked video on the upcoming device had already shown off this neat disappearing trick but only a few managed to pick it up.

You can go into the settings menu to turn off this feature if you want. As you can see from the video, the leakster edits that part out when they get into the settings dashboard. This choice makes it possible to either make the notch visible (and have an iPhone X-esque unit on your hand) or take it away (and have a bezel-less screen consistent with what we have on the Galaxy S9 and Galaxy S9+ units).

We don’t know why LG would opt to go this way, but one thing is that they could be preparing their users for the Android 9 P. Google plans to change the way icons such as battery life and percentage will be placed on the top right and left corners of the screen.

That is consistent with the same locations where the top-notch leaves blank. By the time future users of the LG G7 upgrade to Android 9, their device will be no less compatible with the latest update.