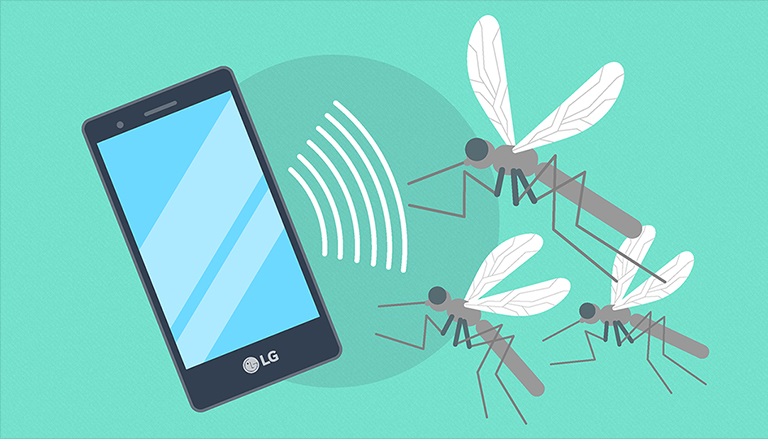 LG K7i (also known as LG 230i) has become the first smartphone to come with mosquito repellent function that is literally designed to keep away mosquitoes using an ultra sound technology.

This may sound a little too crazy but if you have been following recent proceedings and innovations in technology, it won’t be that surprising to you.

Weird innovations are being introduced in the tech world everyday, especially in the smartphones segment, we recently heard of an Ulefone device that is touted to come with a mammoth 13,000 mAh battery.

Huawei also came out to publicly claim their Huawei Mate 10 device is not a smartphone, stating that it sees, thinks and learns like us humans.

The LG K7i is an entry-level smartphone with 5.0 inches screen, the screen’s resolution is 480 by 854 pixels  with 204 of pixels per square Inch. 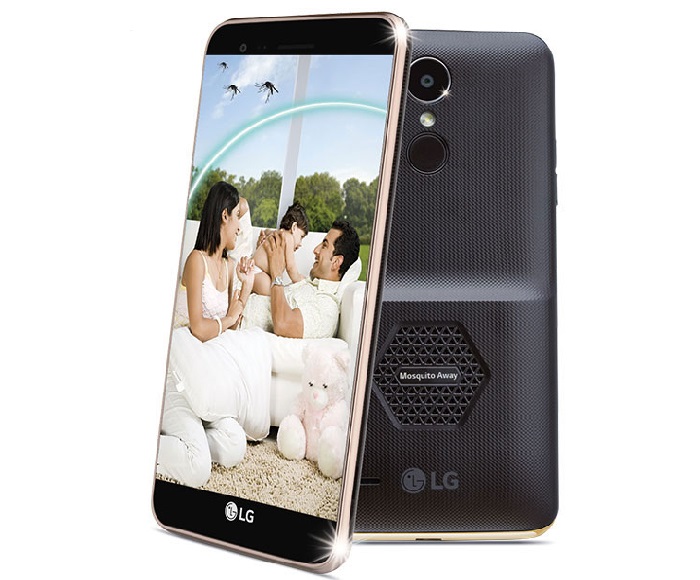 Android 6.0 marshmallow is pre-installed out of the box, the K7i has a 16 GB internal storage space which can be expanded with micro SD card to up to 32GB.

LG K7i sports a 2 GB RAM and 1.1 GHz processor at the central processing unit (CPU), the phone supports 4G network option with dual Nano SIM capability. IN the power house is a 2,500 mAh battery which is can offer up 20 hours of normal usage on a single charge.

An 8 megapixls camera accompanied by a single LED flash is positioned at the back of the LG K7i. At the front, you will find a 5 megapixels camera with LED flash light for selfie shots, video recording and other things.

The LG K7i has a body dimension of 145.7 by 74.1 by 8.1 mm and weighs about 154 g. It also has a fingerprint scanner that is placed at the back for enhanced security purposes.

The device comes with two back covers; the normal back cover and the one with “Mosquito Away” technology. LG K7i uses an ultra sound technology to repel mosquitoes, the ultra sound can only be heard by some animals and not humans. The device is packed with a stand to enable you position the phone when you want to use it as mosquito repellent.

LG K7i was launched in India with a price of RS 7,990 which tranlsates to about 177 USD and 63,000 naira in Nigeria. The price might be seen as a little over hiked given its low-end features, availability of the phone in other countries around world is yet to be confirmed.