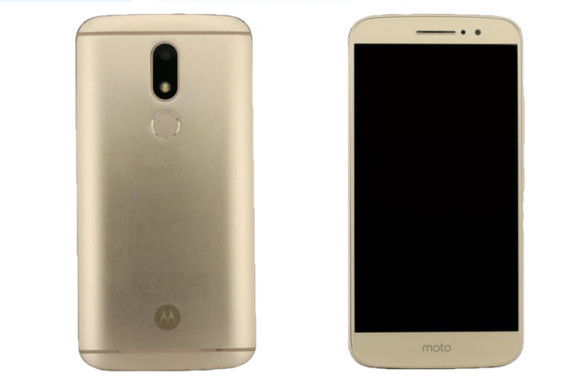 Moto M (XT1662) is a new smartphone from Motorola in the Moto M series. The device hints a very peculiar metal-body design with its fingerprint sensor being housed at the back of the device.

We first saw a device with model number XT1663 from Motorola earlier this month, we thought that was to be the Moto M spotted on GFXBench. The benchmark result tips the smartphone to feature a 4.6-inch full-HD display, 1.9GHz Mediatek MT6750 octa-core SoC, 3GB RAM, 32GB storage, 16-megapixel rear camera, 8-megapixel selfie camera, and will run on Android 6.0 Marshmallow.

However, the Moto M rather, comes in an all-metal body design with Android 7.0 Nougat instead of Marshmallow. There’s a rear fingerprint scanner designed to unlock the phone fast and secure your identity.

The Moto M will be the first smartphone to shift the tradition of front placed fingerprint scanners in Motorola’s lineup.

As we earlier mentioned, the smartphone is pre-loaded with Android 7.0 Nougat OS for smooth user experience.

Powering speed and performance inside while saving battery power is a MediaTek MT6750 chipset supported by an octa-core CPU processor clocked at 1.9GHz. The CPU is backed by a gracious 3GB RAM for smooth handling of multitask. If you are actually thinking of a RAM booster, you have more memory for your apps to run simultaneously.

Moto M has a 16MP camera with LED flash which is capable of shooting 1080p videos while the front camera is 8MP. You’ll also find the fingerprint sensor right under the back camera.

The camera is built to capture images in light or dark conditions and deliver a clear output.

The device will be available in Gold, white and black colours with its dimnsions set at 151 by 75 by 8 mm, it also has 4G LTE network support.

The new Moto M will be ranked somewhere between the Moto Z and Moto G line-up, and will be priced accordingly. The smartphone is expected to be unveiled sometime later this year.

Detailed Specs of the Motorola Moto M below