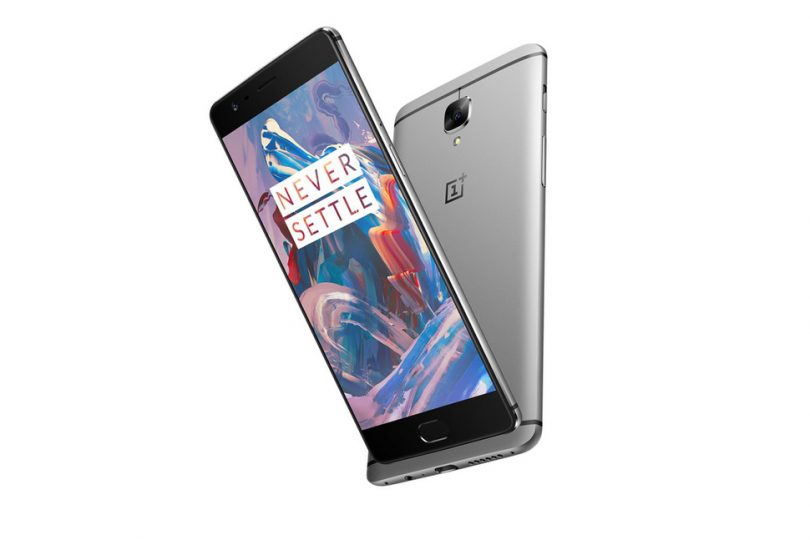 The OnePlus 3 has a Snapdragon 820 processor, and a 5.5-inch display with Super AMOLED screen and Full HD resolution of 1920 x 1080, the glass is protected by a corning gorilla glass 3. It has variants with 4GB or 6GB of RAM, and 32GB, 64GB or 128GB for internal storage, there is no microSD card expansion.

Further into the OnePlus 3 specs are a 16-megapixel rear camera and 8-megapixel front-facing shooter. It also features a fingerprint sensor and USB Type-C port. The phone is running the Android 6.0 Marshmallow based on Oxygen OS 3.0 out of the box.

The OnePlus 3 has a few antenna strips on the back, resembling very much HTC’s or Huawei’s metal-clad phones, the device has and unibody premium look, more like a flagship device. as according to the OnePlus advertisements: “Rather than molding and connecting several pieces, we carve each body out of a single slab of this robust metal for a seamless, resilient build.”

The handset is also pretty thin, at just 7.3mm, but, unfortunately, it’s housing a relatively mundane sealed 3000 mAh battery which coupled with a Snapdragon 820 chipset, is unlikely to produce wonders in terms of longevity. The phone also has a toothed mute switch above the volume adjusters, which is a nice touch and will be available in gold, gray and black. It is dual SIM based with dual standby and supports 4G network connectivity, it doesn’t come with radio option.
The new OnePlus 3 Smartphone will be available on Amazon exclusively, all potential buyers will receive promotional credit of Rs 500 (N1,500 and 7.45 USD) via kindle ebook app, double data Cellular, 1 year both Saavn Pro unlimited access and accidental damage protection from the OnePlus Care.

Detailed Specs of the OnePlus 3 below: