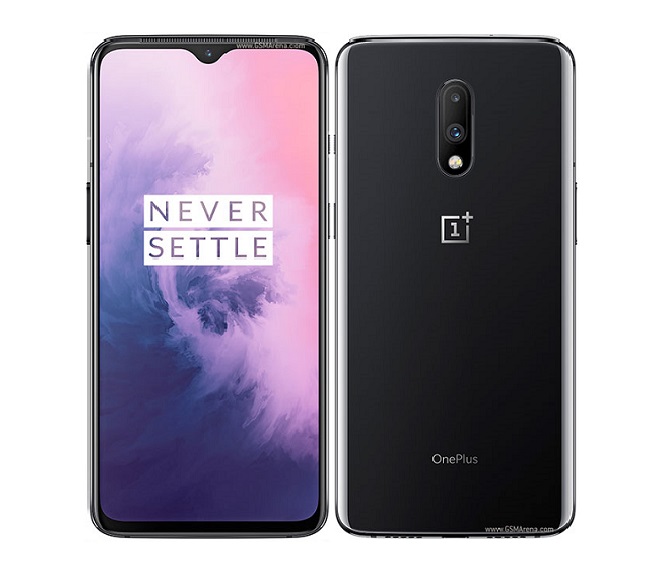 If there are a variety of things OnePlus has come to be known for, it would be the fact that they release just one unit per time, making sure it’s not only a flagship but an affordable one too. This year, they seem to have broken away from that norm by bringing two devices to the market at the same time.

Of those two, we focus on what makes the OnePlus 7 a special pick for anyone who has been eyeing it. Now that we know why we are here, why not dive into the business of the day without wasting any more time?

Even though the OnePlus 7 is supposed to be the least of two units launched at the same time, it still packs quite the kick in more ways than one. Its list of impressive specs starts out with a 6.4-inch screen carrying one of the smallest notches we have ever seen on any device at all.

OnePlus makes sure you will enjoy all of that handy screen by putting it on a 1080 x 2340-pixel resolution package. You should not be too blown away by all the glass on the front if you have not checked out the one on the back.

For sure, this means the device will be more fragile, but the glass is strong enough to withstand normal abuse without failing. All that is wrapped up in an aluminium frame to make for the overall premium feel of the unit.

We would be disappointed if OnePlus had put any other thing than Android 9 Pie into this device, and they continued that impressive run with the introduction of a Qualcomm SD 855 processor under the hood. To allow for more buying options, you can snag this phone up in either of the 8GB/ 256GB or 6GB/ 128GB configurations, depending on what your usage and storage needs are.

Make sure you consider your storage needs strongly since this unit promises no microSD card slot at all. If you had been waiting for triple cameras on the back of this device, you will have to make do with the dual camera setup having a main 48MP sensor and 5MP depth sensor to match.

Even though it doesn’t look like the small notch on the front can hold anything, it plays home to a 16MP snapper – although it carries no LED flash like the ones at the back with a dual LED setup to lay claim to.

Following the lead of Samsung with their Galaxy S10 line-up, fingerprint sensors are placed under the screen of this device too. Likewise, OnePlus allows you snag up their seventh-year unit in either of Mirror Gray, Blue or Red.

They have not been known to be one to use many colours anyways. No matter what colour you go for, you will always get a 3700mAh battery equipped with 20W fast charging capacity.

OnePlus 7 has already been announced earlier this month (May 2019), but has not been made available for general purchase yet. The lucky few who have the unit now are those who were present at the launch event where OnePlus allowed interested fans to make a purchase.

If the company keeps to their timeline, we should start seeing the unit in stores from June. As such, we don’t have local pricing information for this device yet. As soon as that changes, we will update you accordingly.

Where to buy OnePlus Phones

It is difficult to find alternatives for a premium smartphone like the OnePlus 7 which still comes at an impressive price point. However, you can always go for the bigger brother – OnePlus 7 Pro – if what you want is more power and specs.

Although you might have to shell out more, you could also try out any of the cheaper Samsung Galaxy S10e or standard Galaxy S10. All of these units will give you great value for your money.