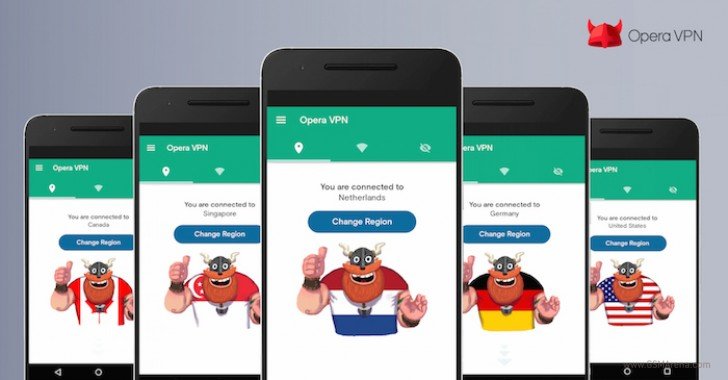 Opera’s free unlimited VPN was first launched for iOS sometimes in May and now, the same thing has finally become available for Android devices, you can now download Opera Free VPN from Google Play Store.

The app is simply called Opera Free VPN, the service is provided by SurfEasy Inc., an Opera company and unlike the company’s other VPN app -Opera Max-, this one doesn’t compress your traffic or anything like that. It’s just a standard VPN app, but free and with unlimited traffic – no subscription needed.

Nevertheless, it does have a couple of twists along with it. First off, it comes with a Wi-Fi test tool that will tell you how secure the wireless network you are currently connected to actually is. If it gets an A, all’s fine but if it gets an F, then, you should probably jump off it immediately – or use Opera’s VPN of course.

The test tool also checks “whether the Wi-Fi network is public or private, if it’s encrypted, how many other devices share the same connection, if the IP address and the location are exposed, and if others can monitor or sniff your device details”, according to Opera.

Additionally, the Guardian feature will block ad trackers from “stalking you online” while you’re connected to the Opera VPN, this is undoubtedly a nice feature because most open VPN are vulnerable to ad trackers.

As for virtual locations, you can currently choose between five countries: USA, Canada, Germany, Singapore, and The Netherlands. By default, the app connects you to whichever of those is closer to your actual location, but you can switch to another one if you want to.