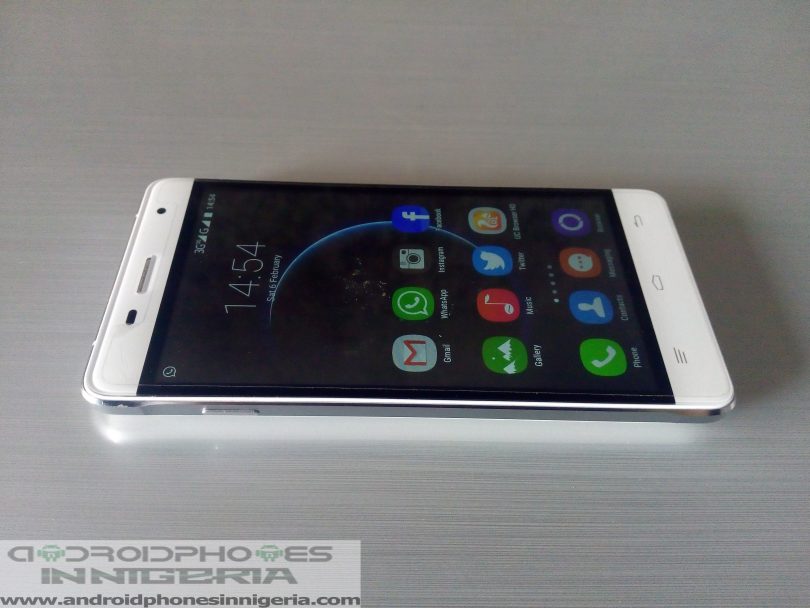 Want an incredibly strong smartphone with even stronger HD screen and a big battery juice at a very budget price? Meet the Oukitel K4000 Pro!

Okay, Oukitel -the Chinese phone maker- might not be as popular as you think but has definitely become well known over the last few months for consistently pushing out very tough smartphones at affordable prices with big batteries, talking of big batteries, The K10000 from Oukitel features a jaw-dropping 10,000 mAh battery, its actually the first smartphone to feature a battery as large as that. They also have K6000 and K4000 with 6,000 and 4,000 mAh batteries respectively, but for the sake of this post, we are reviewing the Oukitel K4000 Pro. 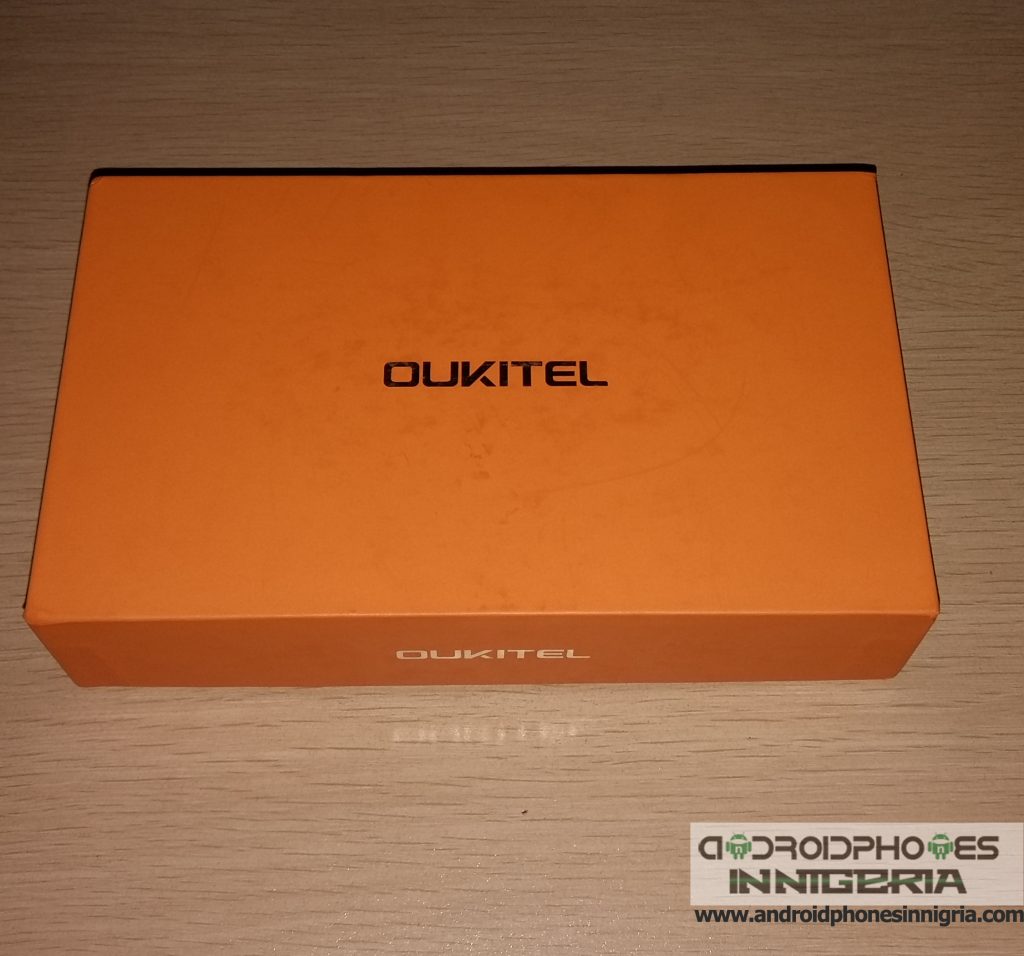 Oukitel provided us a sample of the K4000 pro for a full-blown review here on Android Phones In Nigeria, you can watch the Unboxing and review video here or scroll down to the end to see the video. The K4000 pro is an improved version of the former Oukitel K4000 that featured a 4,000 mAh battery and a tough display of 5.0 inches HD screen. You must have seen some videos of people doing some crazy things with the screen of the Oukitel K4000, things like driving nails into a wood with the phone’s screen and also hitting it severally with hammer and other metal objects which at the end, the screen remains as good as new. The K4000 pro coming as an improved version features an even tougher 5.0 inches display and a well said improved battery of 4,600 mAh. There are about seven difference between the K4000 and the K4000 pro which we will also reveal in this review so without wasting more time, lets take a glance on the Oukitel K4000 pro spec sheet.

Unboxing the K4000 Pro will see you facing a 145.6 by 72 mm smartphone that was carefully layed with a transparent rubber pack. Inside the box, you’ll also find a 5v/1.5A output charger and a USB cable, a warranty certificate and the quick guide. Oukitel has refused to include earphones in the box for some reasons best known to them but that not withstanding, the K4000 pro has a thickness of 12.5 mm and weighs approximately 250 grams. 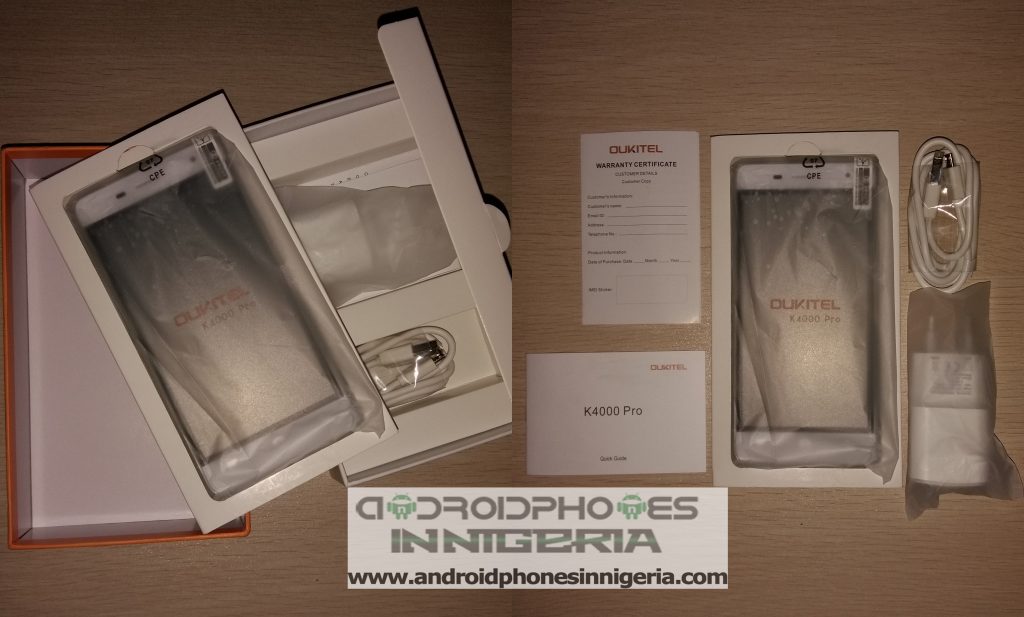 Oukitel might not have the most beautifully designed nor the slimmest smartphones out there but sure have their say in terms of design, the K4000 pro is finely crafted with a 2.5D CND metal chasis around the border with a curved arc design, the arc design which is absent in the former K4000 is said to give the device more protection from drop falls, this literally makes it a drop-proof smartphone. 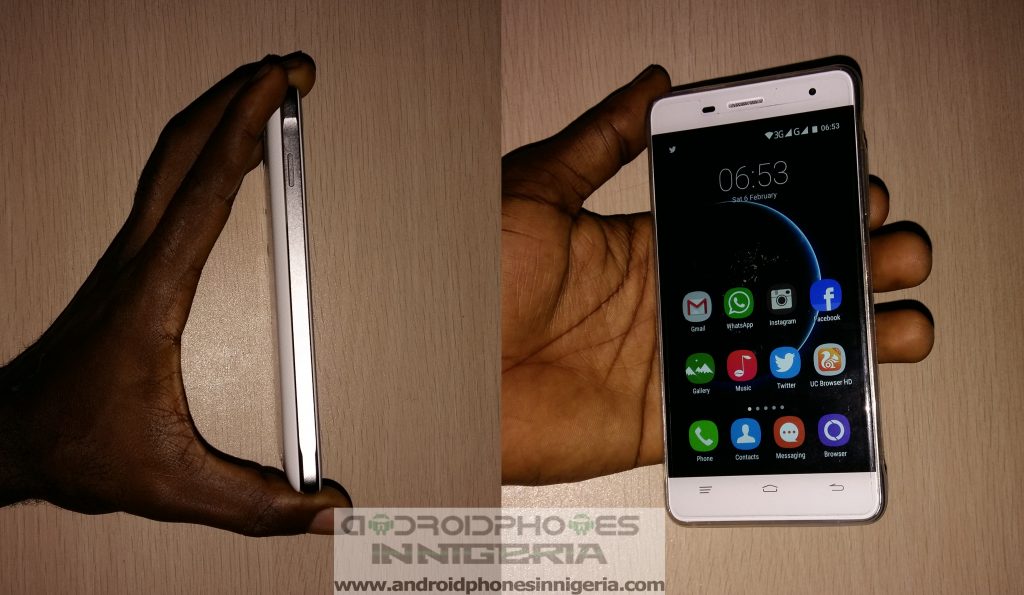 At the top, you’ll find a micro USB port and a 3.5 mm headphone jack, the power button lays by the left as the volume adjustment keys occupies the right side of the device. Only the micro phone hole can be seen at the bottom.

The back is covered with a crocodile leather, when you decide to take off the cover, you’ll be looking at a big 4,600 mAh battery. There is a space for micro SDcard by the left and the two spaces for your micro and normal SIM cards at the other side. 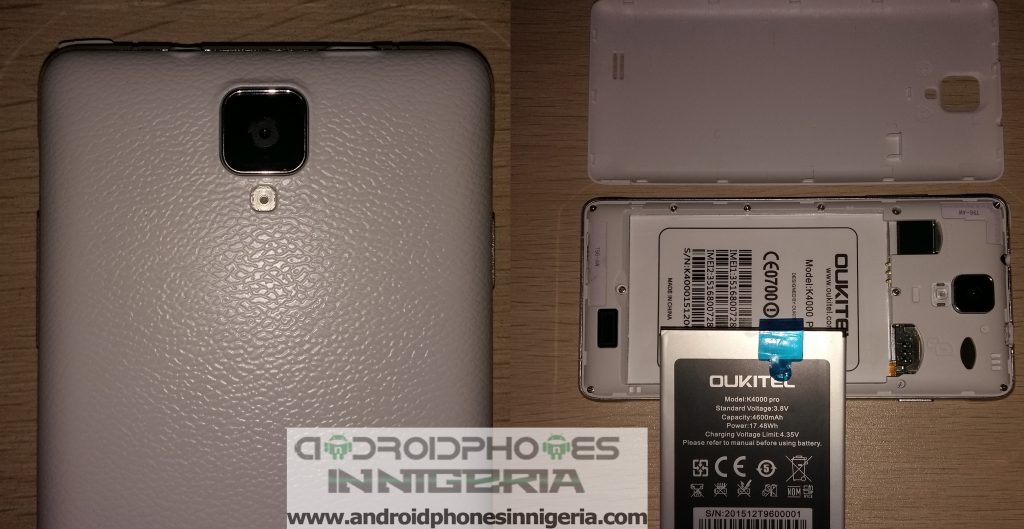 In the screen department is where the K4000 pro offered the most, it crammed a 5.0 inches screen with a resolution of 720 by 1280 pixels and a PPI of 294 which is just okay for a 5-inch screen. The screen has a full 3D support, the overall performance of the screen is really impressive, it looked like something higher than just 720 pixels although there’s a barely noticeable yellowish tint to its colors. White gets shifted a bit towards yellow when you look at the screen at an angle, but everything remains very clearly legible and the colors are very vibrant. The contrast and brightness are both obviously great. 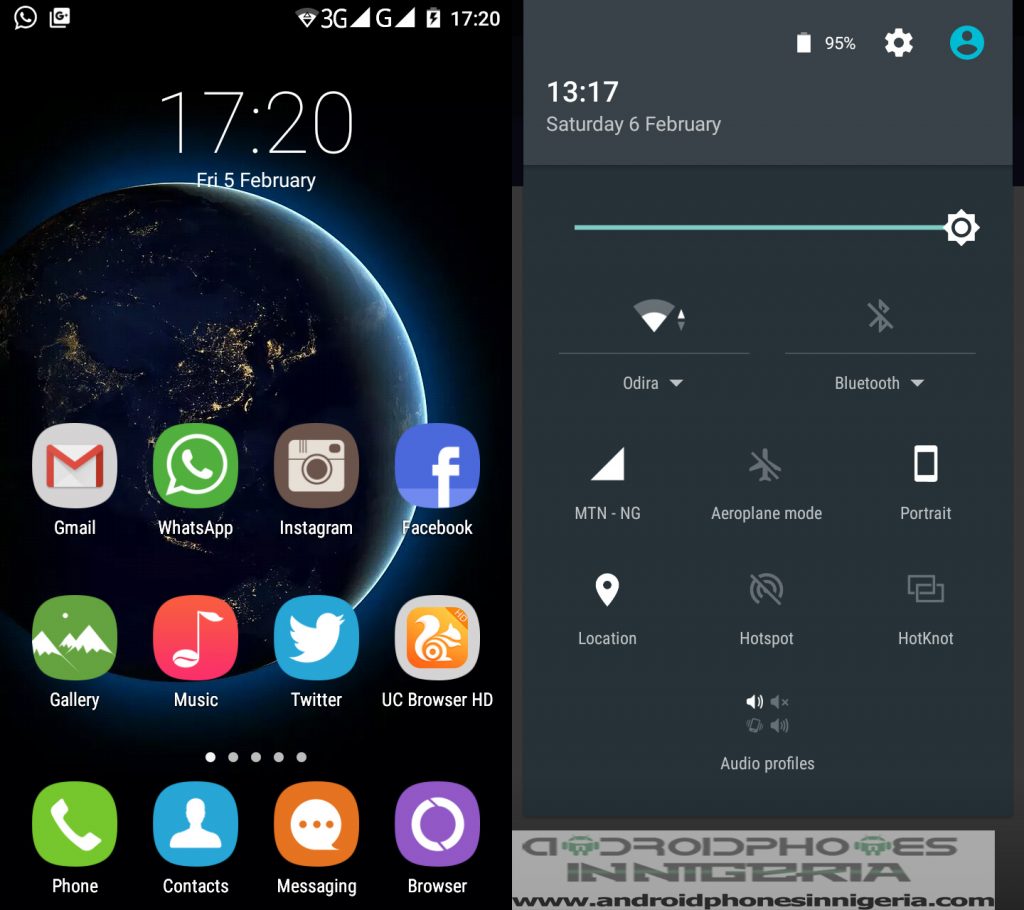 The thickness of the screen is said to be 1.1 mm which is higher than the normal 0.7 mm found in most touch screen phones, the glass also has a protection of 9H hardness, highly resistant to scratches, pressure, shocks and drops. Three action button with no LED lights are located just below the screen; The back, home and menu button, the proximity sensor is located at the top with the front facing camera, there is no notification light in the the device. 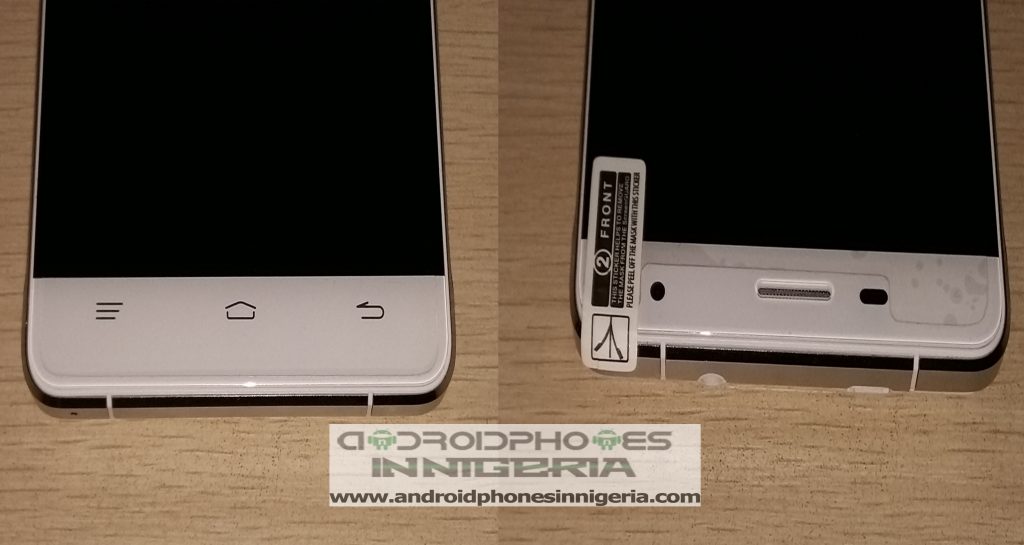 The Oukitel K4000 pro comes with android 5.1 lollipop pre-installed with quite cool features to enhance the user experience, The company will be releasing android 6.0 marshmallow update via OTA by the end of February for the k4000 pro along with the K10000 and K6000. It supports smart gesture such as: double tap to wake screen, slide up to torch and so on, some other features like ‘double tap home key to lock screen’ , ‘clip screen’ and so on are also available, see screenshots below. 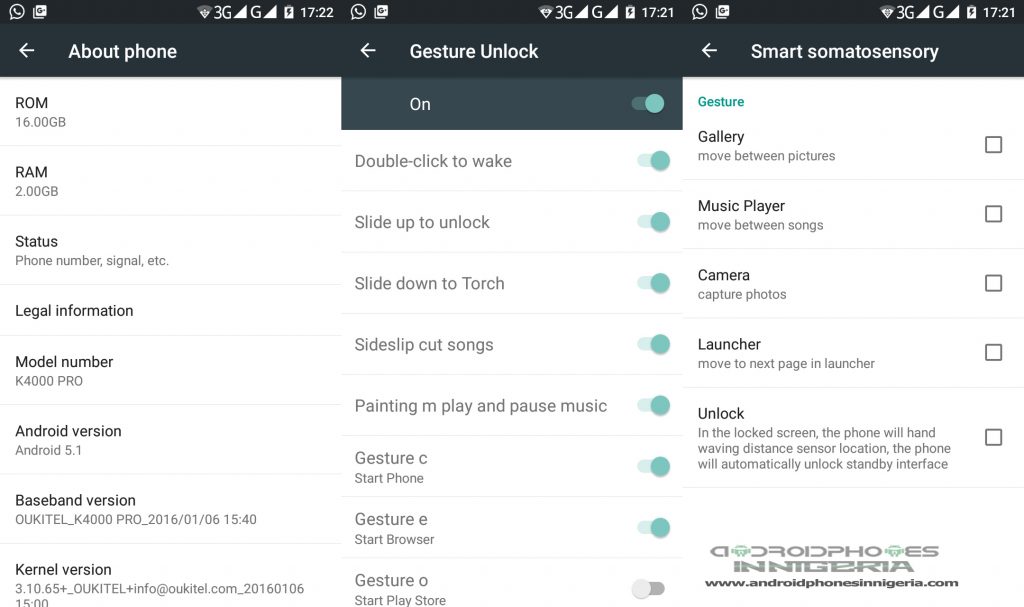 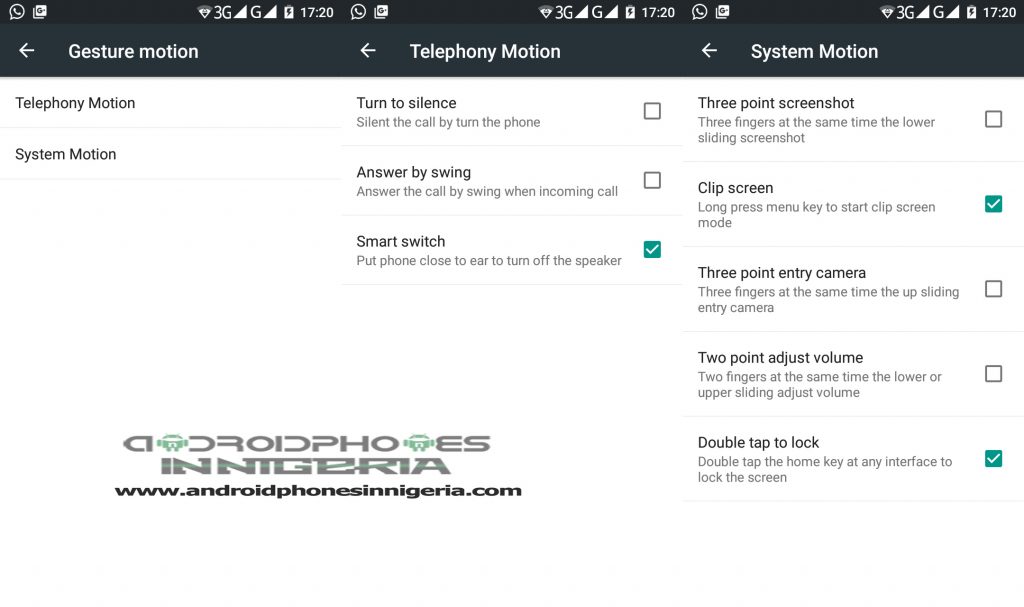 The K4000 pro is powered by MediaTek MTK635 chipset. It is the same 1.0 GHz quad-core processor that powers the Oukitel K4000 handset. The SoC on the K4000 Pro is supported by 2 GB of RAM. The native storage available on the K4000 Pro is 16 GB and it can be further expanded to up to 64 GB of microSD card if the user requires more storage space.

We ran an AnTuTu Benchmark test on the K4000 pro and below are the results; 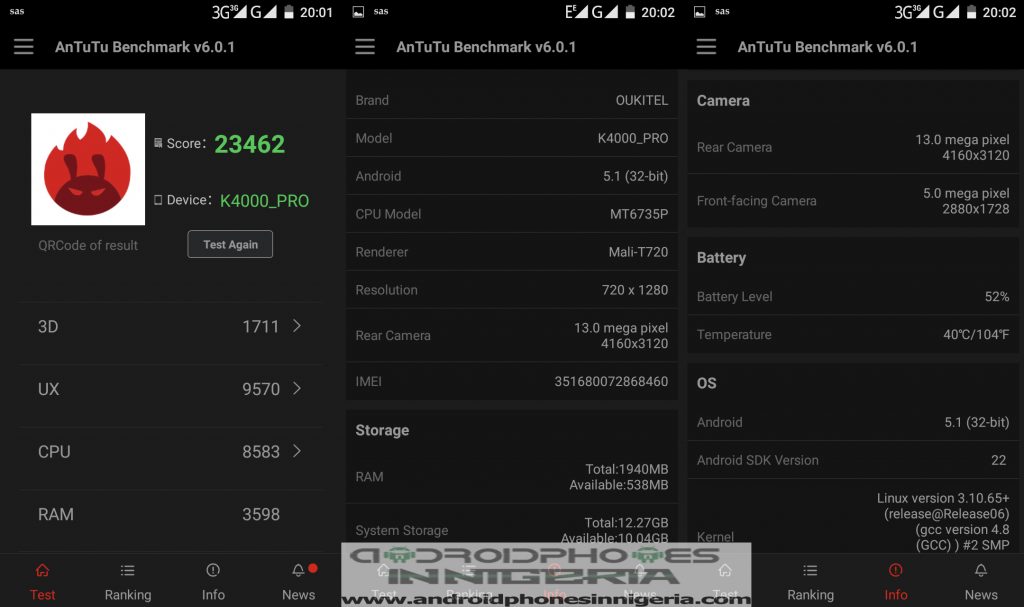 The device has 8 Megapixel camera at the back with 13 Megapixel interpolated, this means the 8 MP camera can function as a 13 MP camera, as you can see in the AnTuTu benchmark records above, it shows 13 instead of 8 Megapixels for the camera. There is a single LED flash light just below the camera which will ensure bright pictures even in dark conditions, the camera can capture up to 4160 x 3120 pixel pictures, it also features auto focus, HDR, Geo-tagging, Panorama. The front facing camera has 2 Megapixel with 5 Megapixel interpolated, it can capture up to 2880 x 1728 pixel pictures. 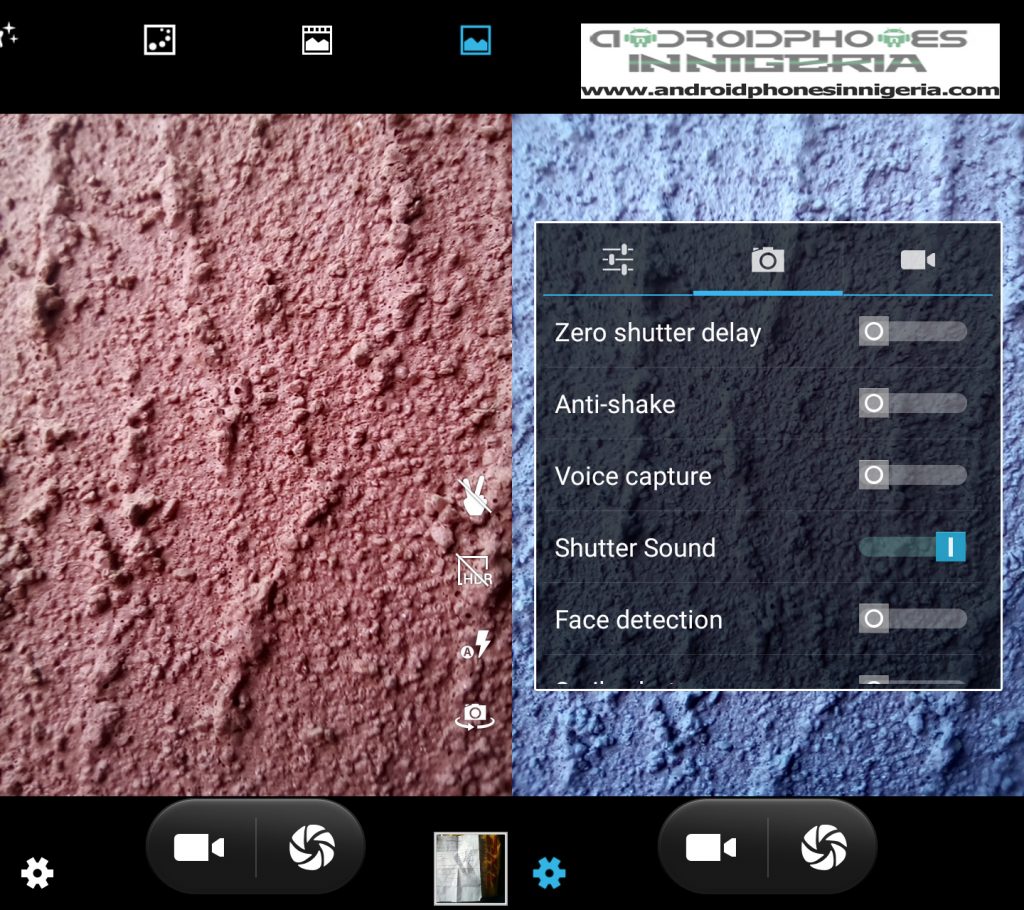 In the battery section, the Oukitel K4000 pro houses a large 4,600 mAh removable battery which can last up 4 days on standby when fully charged, the k4000 pro also has some super power saving modes and fast charge technology, The 5v/1.5A output charger can charge it from 0 to 100% in 3 hour. From our personal user experience, it took 9 minutes of heavy browsing with full 3G before the battery went down by just 1%. 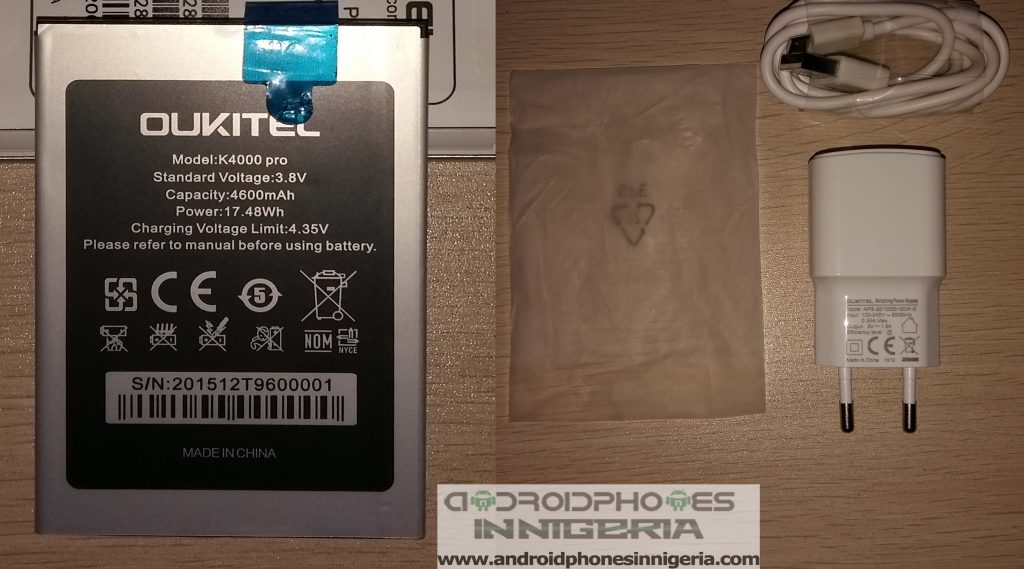 No doubts, the Oukitel K4000 pro was built with durability in mind, for those that find it difficult maintaining the screen of there touch screen smartphone and need something that can withstand those severe falls, frequent scratches an all those reckless handling, You should be thinking of getting a K4000 pro for your self, not only will get a relatively strong smartphone, you’ll also get a large battery and other cool features at a very affordable price of just 120 USD which is around NGN37,000 (with the current exchange rate) in Nigeria.

You can purchase this device from any of the below listed merchant sites and have it delivered to your doorsteps through DHL even if your are in Nigeria or any other African country, it took only 5 days to have this sample delivered to us here in Anambra – Nigeria from Hong-Kong – China via DHL. 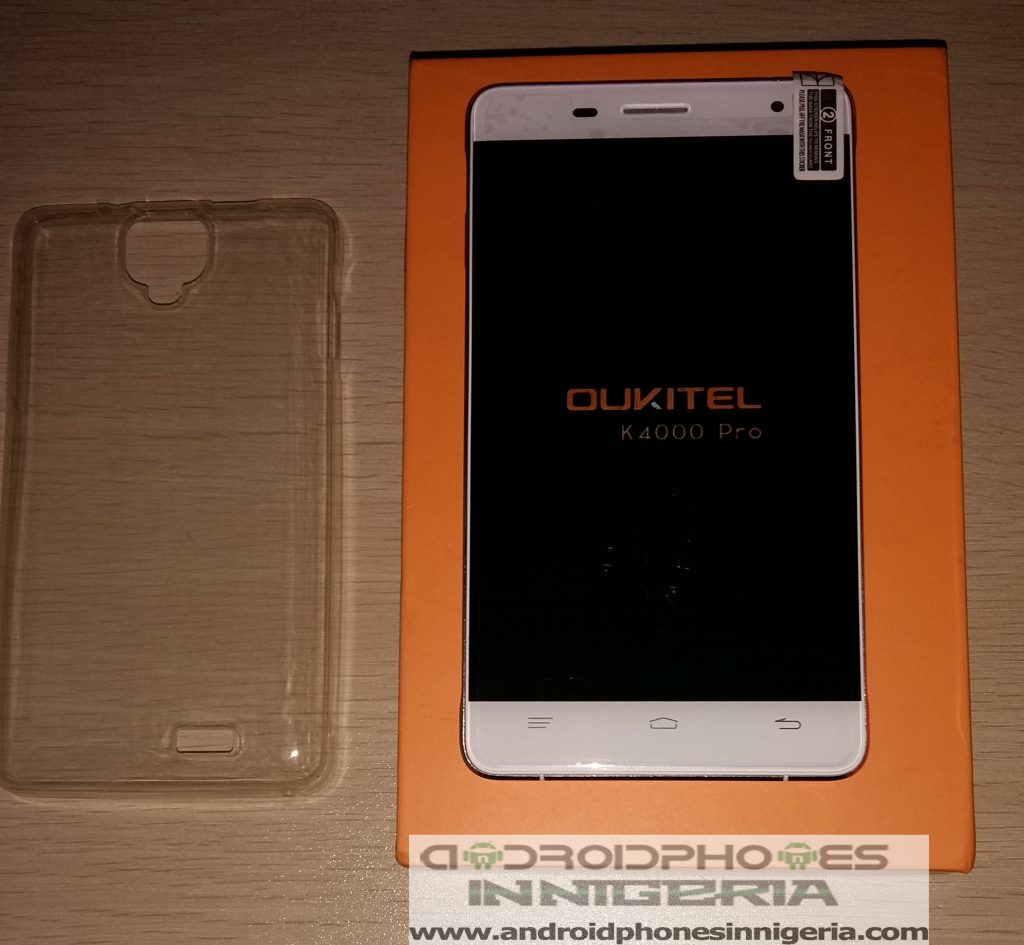 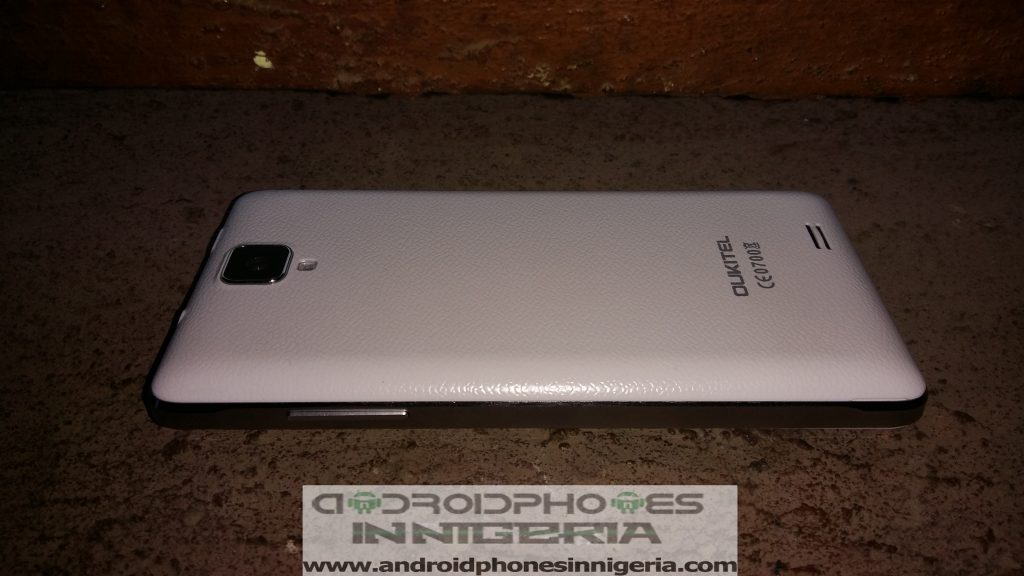 Review Credits: Thanks to

for providing us with the K4000 pro sample and making this review possible.