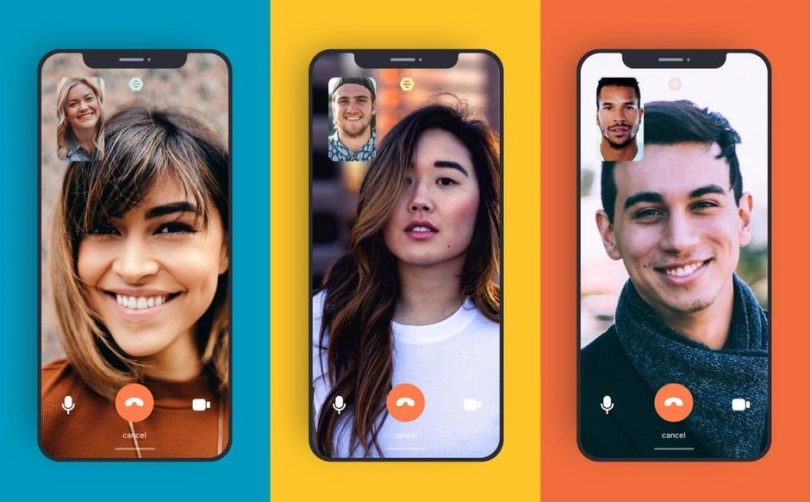 Everybody knows that you can’t always trust what people say on the internet; that’s just part of the deal. The question is, are there situations where you should actually avoid telling the truth to people? If you’re random video chatting, the answer is “yes” – and here’s why.

If you’re using a chat site such as Camgo, you’ll be talking with a bunch of people who are there for some casual entertainment. There isn’t much need to establish trust or take people at their word, because if you’re random video chatting, the stakes really aren’t that high.

What you should look out for are the chat partners who clearly don’t care how your chat experience goes. They’re working their own agendas, and it doesn’t really matter how you respond. Even though everyone video chats for their own benefit, it’s important to recognize what your chat partners want as well. Whether you run into scammers, bullies, or people who are just emotionally draining, you don’t owe them your time – or your honesty.

So what’s the solution? While you can certainly escape any unpleasant conversation by pressing the “next chat” button, you should also have a plan for what happens before then. The good news is, a foolproof way to avoid playing a losing game is having firm boundaries. Don’t give away personal details, don’t spend time listening to bullies, and definitely don’t stick around for chats that you aren’t enjoying. If you’re curious what that could look like, here are some practical examples that you might encounter in your own random video chatting adventures.

Example #1: You meet a narcissist

Random video chatting will give you a mix of chat partners – most of them good, but some of them decidedly unpleasant. It doesn’t take an outright scumbag to ruin a chat, though; sometimes it just takes a narcissist.

How would that play out? They might not say anything that’s obviously rude, but you’ll get a nagging impression that they really don’t think much of you. As the chat goes on, you’ll hear about how their life is generally better, cooler, and pricier than yours. It’s not just about making themselves look good; it’s about doing that at your expense. If you realize this is happening, you have a few different options. One of them would be to proceed to the next chat – an easy fix. Another option would be to beat them at their own game. Their dad bought them a designer dog for their birthday? You got a BMW. They went to Napa Valley? You went to Lake Como. It’s a little petty, but then, they did start it – why can’t you finish it?

Example #2: You meet a bully

Bullies are everywhere, and random chat sites are no exception. If you run into one while you’re video chatting, it can take a little while to catch on. After all, they probably won’t start a chat with personal insults; that’ll just get them an automatic pass from their chat partners. Instead, they’ll probably start by learning any personal details they can to use against you.

It can be anything, from childhood memories to the décor in your living room. If you feel like someone’s being weirdly nosy, you aren’t obligated to give them the answers they’re looking for. There’s no reason for strangers to know certain things about you, and it won’t even do them any good if they did. And if you aren’t going to answer personal questions truthfully, you could either 1) make up a harmless “alternate version”, or 2) decline to answer. If the person with all the questions ends up being a bully, don’t waste another minute on that particular chat. If not, you’ve simply had a chat with someone who needs to learn a little more about personal boundaries.

Example #3: You meet a hermit

Among the many kinds of people you’ll meet while random chatting, you’ll probably run across a few who don’t get much in-person interaction. Because of this, random video chats are their main source of socialization, and they could end up latching onto anyone who’ll stick around – including you.

A common tactic in these circumstances is to over-share, and then ask the same from you. It could be a sob-story, details about their daily routine, or a discussion about where they work – all of which are either irrelevant for a casual chat between strangers, or risky to share online. Once again, you could refuse to reciprocate, or you could make something up just to keep the conversation going. In any case, it’s unwise to get specific about personal details when you’re talking with strangers.

Example #4: You meet a scammer

Want to know why you should be so careful with certain personal details? Because there’s a small chance that the person you’re chatting with is actually an identity thief. Most of the people you meet will have good intentions, but a few of them are just trying to dupe you into revealing key information like your full name, place of work, or contact details. You should look out for more than just your credit card or social security numbers; a scammer can do plenty of damage with just your name and email address.

The problem is, it can be hard to tell the difference between a scammer and someone who doesn’t realize they’re crossing a line. After all, an identity thief isn’t going to show up wearing a mask – they’re going to act like your new best friend. What they’ll also do, however, is ask about sensitive information. By now, you probably already know what your options are – give them fake information, ask to change the subject, or find a new chat partner.

With these boundaries in place, you’ll have more peace of mind as you explore the random chat site.

Remember that even though there are a few rotten apples to be found, most of the people you’ll encounter are there for the same things as you – to meet strangers, make friends, and have fun.