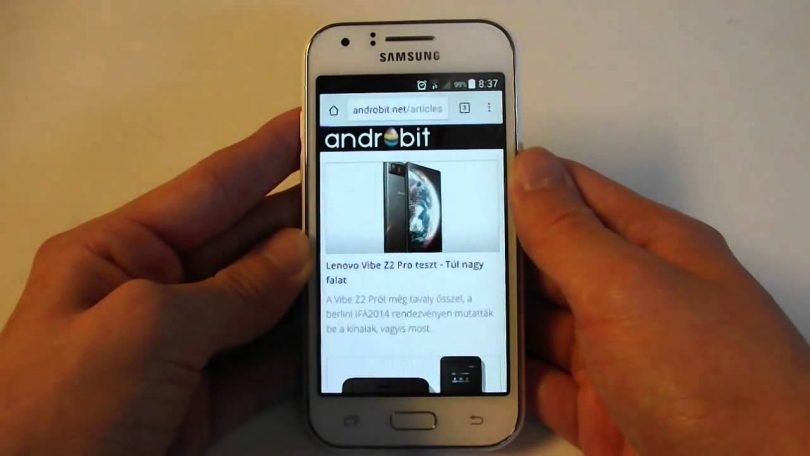 The Galaxy J1 Ace has a 5 megapixel rear (primary) camera, which will capture high quality images. Its 2 megapixel front camera makes it a good selfie phone. It has up to 2592×1944-pixel pictures, Geo-tagging, autofocus, image stabilization, HDR, panorama face and smile detection camera with LED flash. 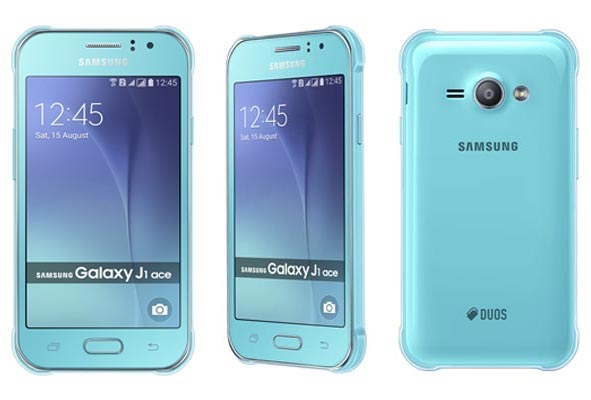 The Galaxy J1 Ace has a 4.3 inch screen, placing it on the middle end of smartphone screens.The screen has a resolution of 480 pixels by 800 pixels, Screen sharpness can be measured in the density of pixels per square inch of screen, and at 217 PPI.

The phone’s body is 130 mm high, 67.60 mm wide, and has a depth of 9.5 mm, slightly bigger than its predecessor, the samsung galaxy j1.The phone has a large battery for its size, which weighs it down.

In terms of battery capacity, which is the best indicator of overall battery life, it holds 1,800 mAh, not really a good battery capacity when compared with most recent midranger smartphones.

The Galaxy J1 Ace houses a dual-core CPU system on a chip. Its CPU runs at 1.3GHz , which is a bit better than the 1.2 GHz packed by its predecessor.

512 MB of RAM means that it has a very low memory, not even up to the normal 1GB seen in most android device today.

The base model of the Galaxy J1 Ace has 4 GB of internal storage, which is below-par for storing music and video, compared to other 2015 phones. Fortunately, you can cheaply expand its storage by as much as 32 GB with a microSD card. See full specs and price of the galaxyJ1 ace here.