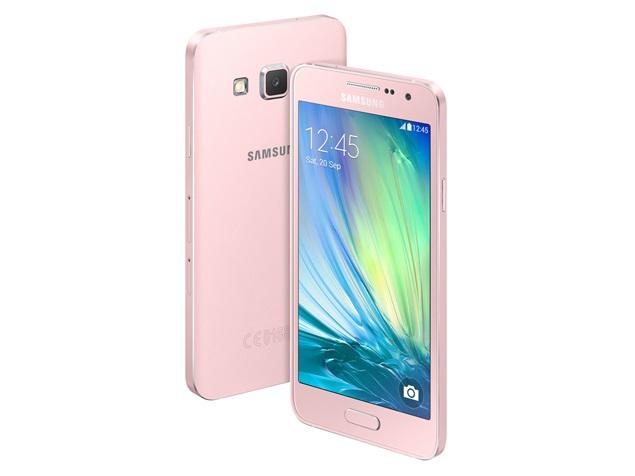 The Samsung Galaxy A3 has an almost similar spec sheet as the samsung galaxy A5, it has a 8 megapixel rear (primary) camera, which will produce high quality photos.

Its 5 megapixel front camera makes it a good selfie phone. It can capture 1080p high definition video with its primary camera, which is second only to 4K in terms of recording quality.

The Galaxy A3 sports a 4.5 inch screen, Its screen sharpness can be measured in the density of pixels per square inch of screen, and at 245 PPI, this phone is about average for a smartphone display.

The Galaxy A3 houses a quad core Qualcomm Snapdragon 410 MSM8916 system on a chip. Its CPU runs at 1.2 GHz, It features the android 4.4 kitkat with touchWIZ UI.

Having a 1.5 GB of RAM means that it has more memory than an average smartphone, it also brings along a 16GB of internal storage which can be further expanded to 128 GB using a micro SD card.

In terms of battery capacity, which is the best indicator of overall battery life, it holds 1,900 mAh, a below average battery capacity for a phone. The Galaxy A3 has an advertised talk time of 12 hours, comparable to the overall average of 8 hours.

Samsung Galaxy A3 Full Specs Below: