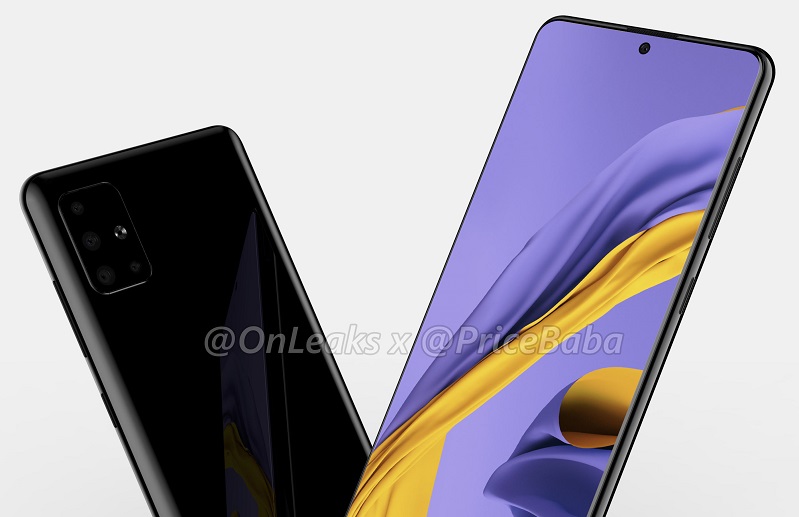 Samsung Galaxy A51 is one of the devices the South Korean company is currently working on, although the device is expected to launch anytime next year, there have been lot’s of news and spec leaks surrounding the upcoming Galaxy smartphone.

A recently published renders from Pricebaba has revealed that the Galaxy A51 is coming with an L-shaped rear camera setup and the centered dot-on-screen design just like it was seen in recent Galaxy S11 renders. 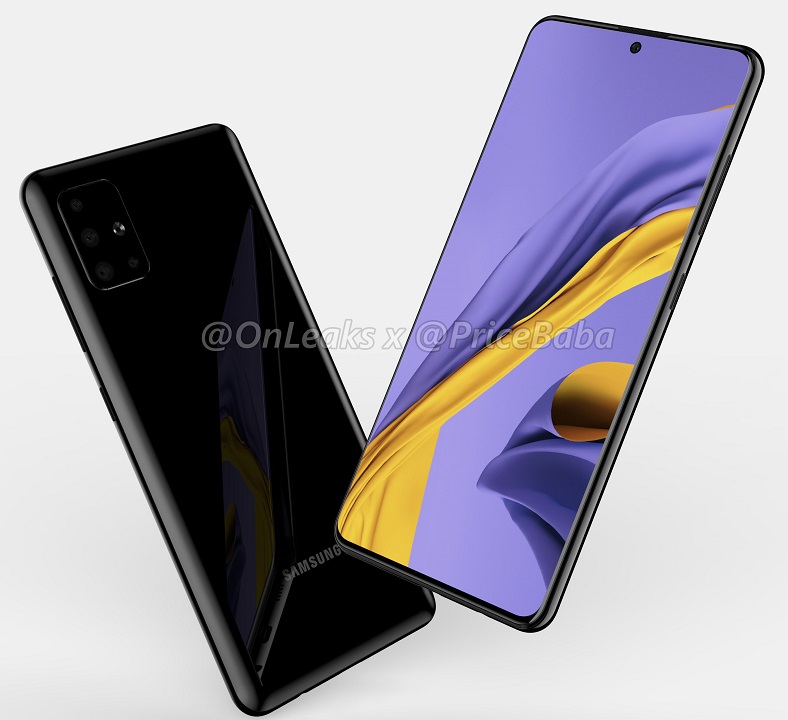 The four rear cameras are placed in a rectangular module on the top-left corner of the back cover – three cameras are stacked vertically, while a fourth is placed to their right along with an LED flash resulting to an L-shaped formation. 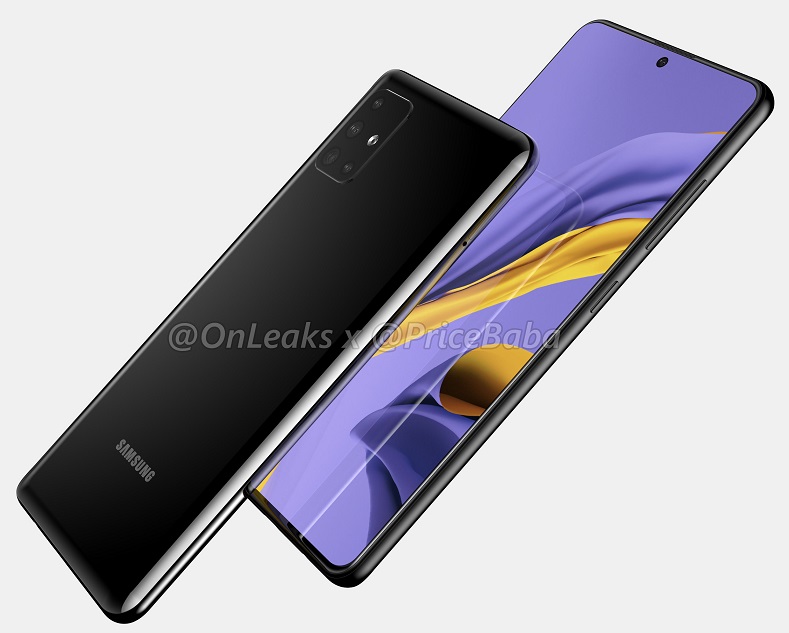 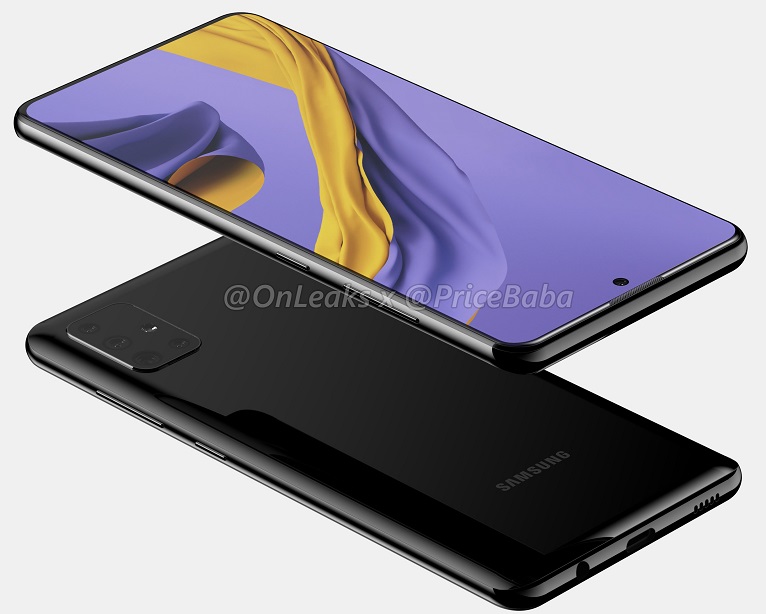 At the back of the upcoming device is the Samsung branding in the center with no physical fingerprint sensor spotted which make us believe the Galaxy A51 will either have it’s fingerprint reader embedded on the power button or an in-display scanner just like the Galaxy A50s. 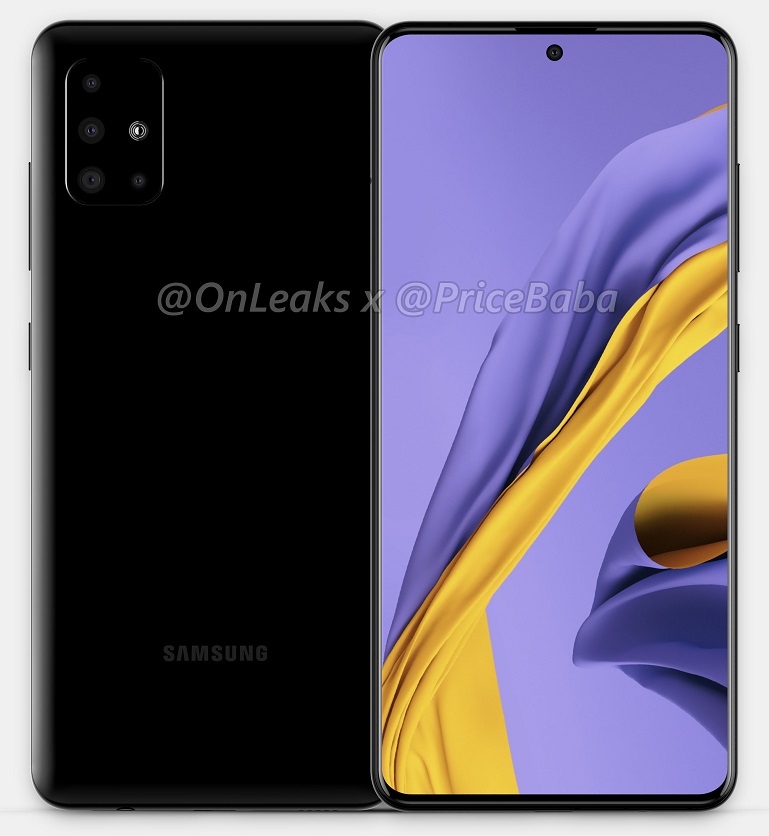 According to a reliable tipster, Ishan Agarwal in line with OnLeaks’ information, the Galaxy A51 will feature a 6.5-inch display with a Super AMOLED panel.
In the powerhouse will be a 4,000mAh battery, it is touted to run One UI 2.0 based on Android 10. The primary shutter will be a 48MP sensor, while the selfie camera will feature 32MP sensor.
Another leak indicated that the remaining cameras would include a 12MP wide-angle lens, 12MP telephoto camera with 2x optical zoom and a 5MP depth sensor.

Going by a previous Geekbench listing of the Galaxy A51, the device will be powered by Samsung’s Exynos 9611 chipset and come with at least 4GB of RAM.

Another tipster also suggested 64GB and 128GB storage options, and colour options like silver, black and blue. At this point, there’s not much else left to know about the Galaxy A51 except for the release date and price.