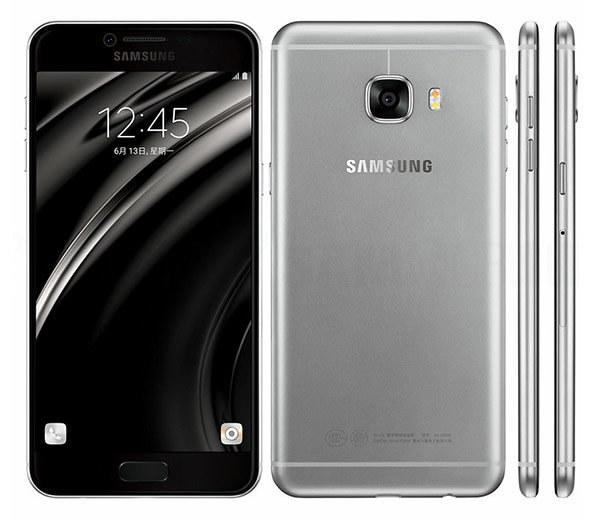 Samsung finally launched its first Galaxy C-Series smartphone – the Galaxy C5. The smartphone was launched in China in 32GB and 64GB variants, priced at USD 329 which equals about NGN92,000 in Nigeria and USD 359 (roughly NGN102,000)  respectively. The Galaxy C5 has a striking resemblance with is successor –Samsung Galaxy C7– with both looking like the Apple’s iPhone 6.

The metal-clad smartphone runs Android 6.0.1 Marshmallow with a customized TouchWiz User interface on top. The Galaxy C5 sports a 5.2-inch full-HD (1080 by 1920 pixel) Super AMOLED display with its PPI set at 424 pixels per square inch, it supports two SIM cards in a hybrid dual-SIM configuration.

The new Samsung smartphone bears a 16-megapixel rear autofocus camera with flash module and f/1.9 aperture, apart from a 8-megapixel front facing camera sporting the same aperture. The Galaxy C5 supports 4G LTE networks on only one SIM, and the China variant is also listed to support 4G LTE variants in India.

The Galaxy C5 bears a fingerprint sensor on the home button. Other onboard sensors include an accelerometer, ambient light sensor, proximity sensor, and a magnetometer.

Detailed Specs of the Samsung Galaxy C5 below: