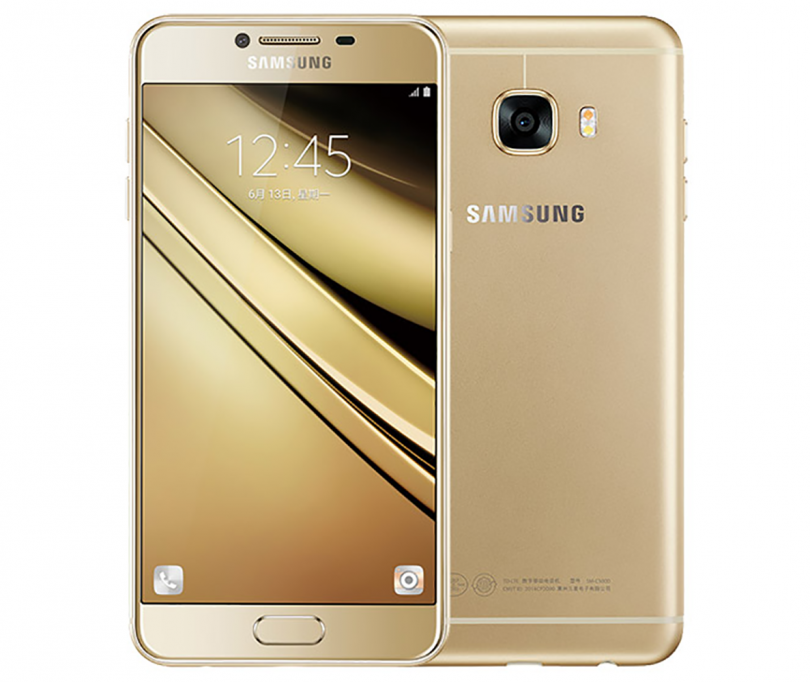 The Galaxy C7 looks very much like the Samsung Galaxy C5 but differ with its spec sheet, Samsung decided to do an iPhone 6 look alike in the recent Galaxy C series which left both the Galaxy C5 and C7 looking like an Apple device in terms of design.

The Samsung Galaxy C7 comes with a 5.7 inches touchscreen of full HD display with a resolution of 1080 pixels by 1920 pixels, PPI of the super AMOLED screen is set at 386 pixels per square inch.

The Samsung Galaxy C7 is powered by 2.0 GHz octa-core Qualcomm Snapdragon 625 processor and it comes with 4GB of RAM, the phone packs 32GB of internal storage that can be expanded up to 256GB via a microSD card.

As far as the cameras are concerned, the Samsung Galaxy C7 is equipped with a 16-megapixel rear camera for primary purposes and a 8-megapixel front shooter for selfies, there are two LED flashlights available for the camera, one at the back for the rear shooter and the other is placed in the front for the selfie camera.

The Galaxy C7 also features a fingerprint sensor which is placed in the home button at the lower bezel of the front panel, the sensor can be used to unlock the device, control app permissions and other purposes.

The Samsung Galaxy C7 is a dual SIM based (GSM and GSM) smartphone Connectivity options include Wi-Fi, GPS, Bluetooth, NFC, 3G, 4G (with support for Band 40 used by some LTE networks in India). Sensors on the phone include Proximity sensor, Ambient light sensor, Accelerometer.

As we expected, the Samsung Galaxy C7 didn’t come with a low price tag, the Galaxy C7 is sold for 500 USD which translates to about NGN142,000 in the Nigerian currency.

Detailed Specs of the Samsung Galaxy C7 below: