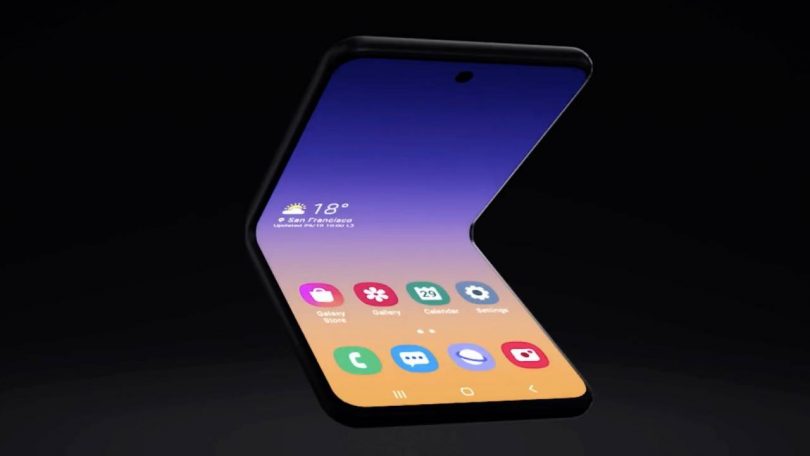 The Samsung Galaxy S20 is set to launch in a few weeks, and there is excitement for it. However, the upcoming Samsung Galaxy Fold 2 also packs its share of excitement. We recently saw the device in live images. It features a vertically-folding clamshell design. What’s more, the Galaxy Fold 2 could launch together with the Galaxy S20 on February 11.

Something of a letdown though is that Samsung‘s second-gen foldable phone may be coming with the Snapdragon 855 and not the Snapdragon 865 chipset. This information was gotten from a tipster @ishanagarwal24 on Twitter. According to the tweet, the Fold 2 will also sport a 10MP front camera. It is possible that the device uses the same module found in the Samsung Galaxy Note 10 and Note 10+.

One of the possible reasons for the Galaxy Fold 2 sporting the Snapdragon 855 SoC is that Samsung probably already started working on the device even before the Snapdragon 865 chipset was launched.

We also have information that the Samsung Galaxy Fold 2 will launch with 45W “Super” Fast-charging. We will just have to wait to confirm all this information.