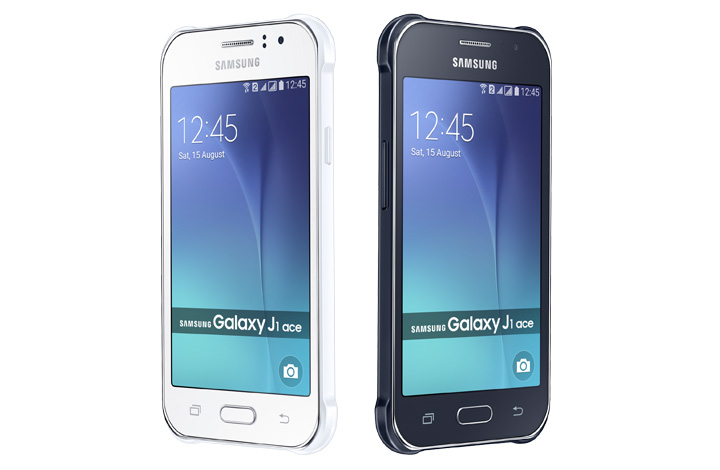 Samsung also updated the processor to an unnamed dual-core CPU running at 1.3GHz — up from the 1.2GHz one found on the regular J1 variant.

In terms of display, the J1 Ace maintains the same size of 4.3″ WVGA touchscreen that you’ll find on the older model.

The smartphone still runs on Android 4.4 KitKat but in the power department, the battery has been ever slightly shaved by 50mAh, leaving the device with 1,800mAh of energy juice.

Finally, the handset still packs 512MB of RAM and 4GB of expandable storage while LTE connectivity was absent from the specs table once again.