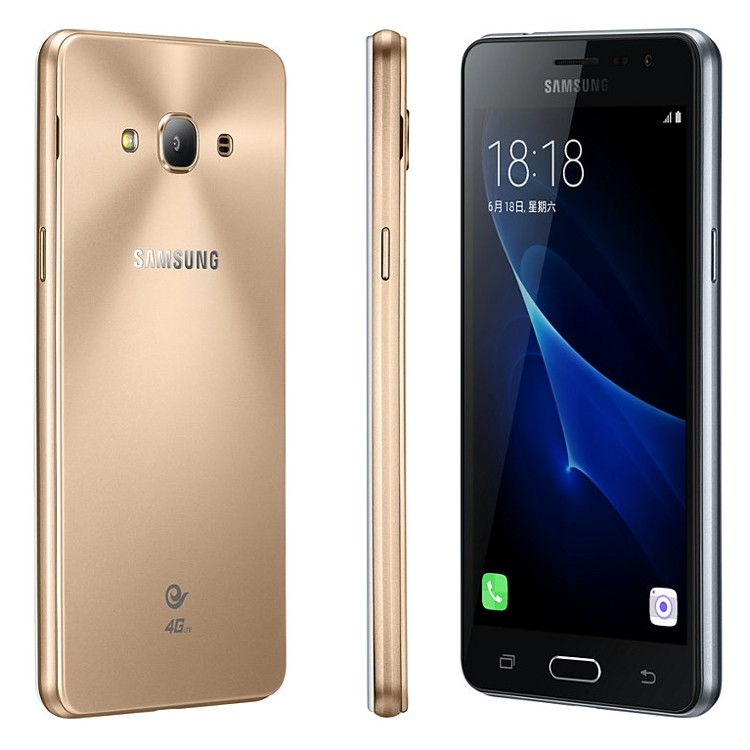 Samsung Galaxy J3 Pro smartphone was launched as a mid-ranger to make up for the areas its predecessor –Galaxy J3– didn’t perform too well although having a bit hiked price. The J3 pro comes with a 5.00 inches touchscreen of super AMOLED HD display with a resolution of 720 pixels by 1280 pixels, it has PPI of 234 pixels per square inch which looks promising for a 5-incher.

The Samsung Galaxy J3 Pro runs Android 5.1 with a highly customized TouchWiz user interface on top to further enhance the overall user experience in the device. Power is supplied to the J3 Pro by a 2600 mAh removable battery, this is rather a small size for that purpose but not really a bad one at that. It measures 142.20 x 71.30 x 8.00 (height x width x thickness) and weighs 139.00 grams.

The Samsung Galaxy J3 Pro is powered by 1.2GHz quad-core CPU which is compensated with a 2GB of RAM, the phone packs a 16GB worth of internal storage that can be further expanded up to 128GB via a microSD card.

For photography purposes, the Samsung Galaxy J3 Pro packs an 8-megapixel primary camera on the rear and a 5-megapixel front shooter for selfies. Both the front and back shutters got a LED flashlight to ensure bright and clear pictures in dark conditions.

Like we mentioned earlier, the price of the Samsung Galaxy J3 pro is a bit hiked when compared with what it has in store for its buyers, The phone is sold for 255 USD which reads roughly NGN72,000 in Nigeria with the current exchange rate.

Detailed Specs of the Galaxy J3 pro below: