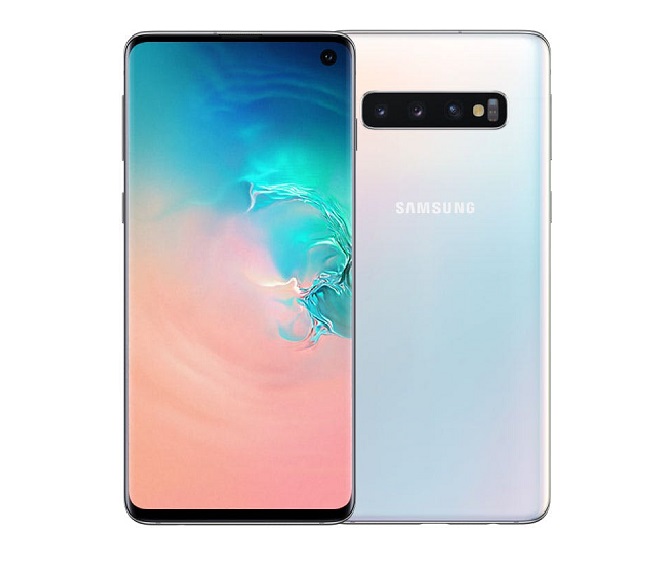 Samsung meant business with the celebration of their tenth-year anniversary, and with that came the introduction of four new devices in the Galaxy S line-up. Today, we are focusing on the goodies they brought on board with their standard Galaxy S10.

Being one of four brothers and still standing out is not easy, but this unit does just that. What we might have thought to be futuristic tech was launched on this one, and Samsung showed Apple that they can take the notch game a notch further… all pun intended.

How about we don’t spoil all the fun from the introductory part?

If there is one thing Samsung has come to be known for, it is how clear their screens tend to be.

Embracing the much slimmer 19:9 screen aspect ratio on top of a screen that is almost without bezels, the 6.1-inch phablet comes with an amazing resolution of 1440 x 3040.

On the back of this unit is another glass build which is finished with Corning Gorilla Glass 5 to ensure it is as strong and durable as can be. On top of that, the unit will also enjoy wireless charging capabilities – something Samsung has improved so much on this device.

Before looking at what’s under the hood, we have a stunning, single 10MP camera in the hole punch found on the front of this device. Following that is an array of triple cameras on the back – the main sensor weighing in at 12MP for wide-angle image capturing, a second 12MP telephoto lens and a bigger 16MP sensor for ultra-wide image support.

For one reason or the other, Samsung didn’t bring facial recognition with this phone, and we think that is owing to how insecure this mode of unlocking can bring.

In line with a traditional password and PIN support, though, the South Korean OEM debuted its in-screen fingerprint sensor with the Galaxy S10. Note that this is unlike any other fingerprint sensor you must have seen in the past, thanks to the use of ultrasonic technology to make that happen.

That leads us to the innards of the phone where you get models featuring either 128 or 512GB of storage. Surprisingly, only one RAM specification (8GB) is available across all the models. Likewise, you can expand the space with the second SIM slot if you go for the dual SIM model, allowing you get as much as 1TB into that slot.

All that, and we have not even mentioned that this Android 9.0 Pie-running device offers either of the Exynos 9820 chipset or Qualcomm SD 855 – depending on your personal preferences and market you find yourself in.

What is not restricted by the market are the colour options: Prism White, Prism Black, Prism Green, Prism Blue, Canary Yellow and Flamingo Pink. After all said and done, Samsung slaps a 3400mAh battery to keep the juices flowing.

We would have loved to get a better battery, but it is better they play it safe here so we don’t have to revisit the issue on the Galaxy Note 7.

The Samsung Galaxy S10 was announced in February 2019, and it started selling in markets by the next month (March). All the colour options and internal configurations have been released to retailers, so you might want to check with your favourite online or offline store to pick one up.

Being a flagship, it is hard to replace this unit with another one that is not a flagship device either. For now, the best alternative for the Samsung Galaxy S10 seems to be the OnePlus 7.

Although the latter phone has some current issues it is dealing with, we have no doubt it is a strong machine too. You can also keep things in-house by opting for the cheaper Samsung Galaxy S10e, or going all out and maxxing out on the specs you can get on the Galaxy S10 Plus.